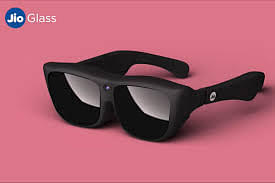 On the surface, the world’s leading tech corporations such as Apple, Google, Microsoft, Amazon and Facebook are quite different in what they do. They are leaders in their primary fields of operations. Hegemons, if you will.

Apple makes the best mobile phones in the world.

There is no better search engine than Google on the world wide web.

Amazon is the biggest e-commerce platform and Microsoft is a computer software company.

But there is one thing common in what all of these giants are doing. They are all trying to make a breakthrough in developing cutting edge Virtual Reality (VR) and Augmented Reality (AR) technology-based products and applications.

The tech behemoths have invested tens of billions of dollars in the last one decade in research and development to bring Mixed Reality (MR) to fruition.

Apple’s Glass, Google‘s AVR, Facebook’s Occult and Microsoft’s HaloLens are in various stages of development and are competing hard to beat each other.

The importance of winning the MR race couldn’t be more obvious to the visionary tech leaders. It has radical implications for almost every important field.

So, whoever cracks the MR code fast and develops good AVR products and services will be able to crush its rivals and achieve hegemony as a truly global tech leader for decades to come.

And if that were to happen, it goes without saying, the United States and its people would be the first and foremost beneficiarIes.

As usual, I thought India would be a laggard given the total lack of interest in MR by the so-called Indian IT companies. At the fast pace at which the tech world is progressing, if a country fails to reap financial gains by delaying the adoption of advance technology, it can surely bid goodbye to its aspirations to become a global power.

That‘s why I was most surprised by the announcement of ‘Jio Glass’ at the Reliance Industries Limited Annual General Meeting (AGM) yesterday (15 July).

Sure, Jio developing indigenous 5G technology and partnering with Google to develop a new Android-based operating system for its cheap smartphones is great, but in my opinion, its foray into MR stands shoulders above the rest.

Skeptics underestimate the potential of MR.

Some question the tech itself.

Others frown over its implications for humans.

But when Mukesh Ambani bets on something and delivers (without even promising in advance), they better take it seriously.

Let’s take the education sector as an example, which was also the focus of the ’Jio Glass’ presentation at the AGM.

If there is one thing that the pandemic has proved, it is that, “Schools aren’t about learning. Offices aren’t about working. Churches aren’t about praying. Restaurants aren’t about eating”, as Naval Ravikant put it beautifully. These remnants of the industrialisation era - 9 to 2 school, 9-5 job, four-year college degrees, Monday to Friday work week, etc - are all obsolete. But some Luddites continue to romanticise them.

MR will make them irrelevant quicker. Any decent programmer in India, from a student of top IIT to one of a lowly college, has learnt coding on his own after taking some lessons online (lectures by a Harvard professor on YouTube used to be a rage in our time). Startups like Byju’s and Unacademy are increasingly making high school outdated (at least in grades 9 to 12 when most kids start taking education seriously).

With MR, the online learning experience will not be boring as it is on Zoom or Google Classroom. It will be immersive, a mixture of real and virtual.

After wearing a VR headset, you would be transported to a virtual classroom where your teacher (who would become institutions in themselves - with mass subscriptions and big monies) will be able to make learning much more interactive using AR.

Lakhs of students pass out from schools every year without being able to visualise what they are being taught, especially in science and mathematics. Not anymore.

Of course, all this means that most of the teachers in schools will be weeded out as they are simply not good enough. They have been surviving because of the institution called school. We will have fewer teachers in future. But better learning outcomes. Who would’ve thought, right?

One needn’t explain the gains to be accrued for the country if the education system improves drastically like this in the next one or two decades.

Now, take the issue of lack of skills.

It has to be the second-biggest problem facing us apart from a poor education system (though the former is a result of the latter). But poor education isn’t the only constraint. The jobs landscape itself is changing every few years, so we need massive focus on retraining and continuous, lifelong learning. This is where MR comes in. This tech enables even complex skill-training thanks to the virtual ’hands-on’ experience it provides.

If a teacher in a classroom can split an atom while teaching an MR course online, a trainer can lay threadbare components of say a car while teaching its potential auto employees how to fix them. Or a MR simulator can teach budding pilots how to fly planes. And so on.

I will give two examples here of MR being put to use, just to give a perspective to readers on the immense potential of this tech.

The model was developed after analysing the boy’s unique needs. Not only it helped the doctors save time but also helped get the implant right in one go, improving the safety of whole procedure greatly.

“The whole experience felt natural to me, as I’ve played lots of first-person shooter video games that show me exactly where I am on a map, where my teammates are and where the enemy is. It was almost like a real-life game of “Call of Duty”,” a soldier who tried an MR headset explained his experience.

The US military plans to equip thousands of its soldiers with this tech by 2022.

These examples show the potential of MR from education to healthcare to skilling to combat and what not.

That’s not all. The most important thing in all this is that all the fields simulated would be accessible remotely.

This is how MR for office work looks like. Your work desk can now be virtually accessible from home.

As we think through supercharging remote work and productivity, we've been working on mixed reality concepts that builds on existing technologies like Passthrough to allow people to switch between real and virtual worlds pic.twitter.com/cJCEXDxC7b

What does this do to the concept of urbanisation and globalisation?

Globalisation will be completely virtual. We will be socially closer but still physically distanced.

If you can get the best education sitting in some remote village of Uttar Pradesh or Bihar and also work from there, not just for a firm in Noida or Bengaluru, but even in Silicon Valley (or work for your own), the implications are huge.

The cities will be only for those dwellers who labour physically.

Less traffic? Affordable housing? The number of issues an MR revolution can solve is incomprehensible at the moment. It’s the classic case of what is seen and what is not seen.

At the very least, we can hope to say goodbye to physical meetings, conferences, rallies, sports events - basically everything that is currently banned due to the virus - will likely move to MR and no one will miss the good old days of unnecessary travel or unnecessary expense of living in big metros.

Whole service industry and parts of manufacturing industry can be MR’d.

We can also be sure of a Modi rally in Mixed Reality (MR) soon. Maybe in the 2024 general election campaign but certainly before the 2029 one.

The idea of this piece was to simply put in perspective the importance of the announcement of Reliance developing its own MR headset.

MR, in my opinion, will unleash transformation of the scale last seen with the advent of telephone or internet. That’s why India couldn’t afford to miss the MR revolution bus. Thanks to Mukesh Ambani, we most likely won’t.