A Lalu-esque Triumph: How Biden Won 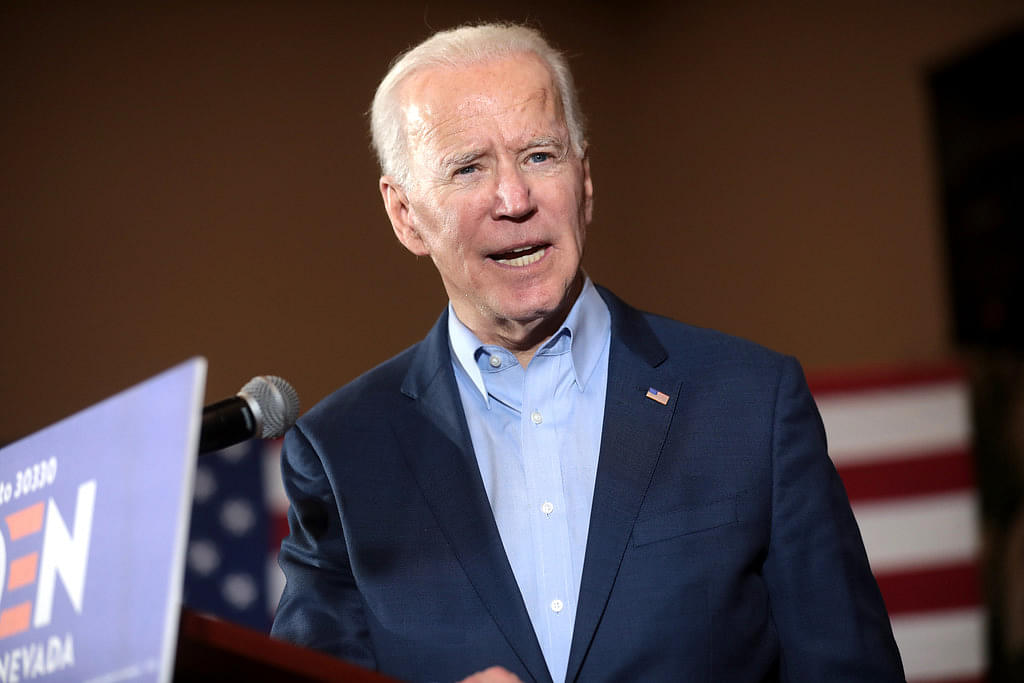 One week ago, Swarajya made four predictions on the American presidential elections: first, that apart from selected outfits like Robert Cahaly’s Trafalgar Group, the opinion polls were badly wrong, and that they were grossly underestimating the Donald Trump vote; second, that Trump could win; third, that the race riots of June 2020 would polarise votes; and fourth, that Joe Biden’s counter strategy would be to enhance Democrat voter turnout in certain cities.

We were right about the polls; the contest was closer than most predictions, and pollsters were off by atrocious margins in most states.

Trump lost by a whisker, and not because our forecasts were wrong (inter alia, we got Ohio, Colorado, Florida and Texas right). The riots did polarise votes. And the turnout soared in strategic counties to such historic heights, that even dead people ‘voted’ for Biden. No kidding. Also as predicted, the ‘others’ vote was over-estimated so badly, in so many states, that these pollsters deserve to seek fresh avenues of income; making election forecasts is not for them.

Consequently, we missed Wisconsin, Nevada, Michigan and Arizona — albeit by the narrowest of narrow margins, and that has made all the difference. This is ironic, because our permutations actually projected a Trump win even if he failed to either flip Minnesota, or retain Pennsylvania or Georgia.

Now, we may take heart that the outcomes were within our margins of error, but when a country’s electorate is split so finely down the middle, and entire states go to a candidate on the basis of a few thousand extra votes cast in one borough or county, it is vitally important that we identify those decisive constituencies, if we are to understand the meaning of the 2020 mandate.

Boiled down, that meaning is clear: Joe Biden won on the back of the minority vote. These few votes were concentrated in half a dozen cities, in half a dozen states, which conclusively tipped the balance in the Democrats’ favour.

The corollary is sobering: a Trump sweep was halted only by desperate vote banking.

The inference: America’s fate was decided not on policies, but by identity politics, played cleverly to take maximum advantage of an outdated, rickety ‘Electoral College’ system, and lax voting laws.

The data says it all. An inordinately higher turnout of postal ballots in cities like Detroit, Atlanta and Philadelphia, was pivotal to the national outcome. The minority vote came through exactly where it mattered, to stop the Trump juggernaut in its tracks.

In Minnesota, where over 3 million votes were cast, Biden’s winning state lead of under a quarter of a million, was also his lead in the most populous part of the state — Hennepin county of Minneapolis city.

Voter turnout there was a staggering 90 per cent — perhaps the highest ever recorded in American electoral history. Almost all of the other counties voted overwhelmingly for Trump, with an average turnout of around 65 per cent.

The additional votes from Hennepin County are roughly equal to Biden’s winning lead. This means that if the voter turnout in Minneapolis had been normal, like in previous elections, Trump would have won Minnesota.

It’s the same story in the six swing states: improbably high turnouts via the post, almost exclusively in favour of the Democrats, in one county of one large city, to boost Biden’s chances, and smother a Trump wave in the rest of the state.

That begs a curious question: if indeed this was the national mood, why didn’t we see such high turnouts in other counties, with similar, near-exclusive support for Biden?

After all, the option of mail-in ballots was open to everyone. Answer: the smaller the community, the more difficult it is for a particular political apparatus to engineer higher turnouts. Locals would notice.

The point is: this is how a tiny few can overturn the will of the people. This is how national mandates get derailed. And yet, this is also how it is.

That is why historic moments merit historical scrutiny, if their true implications are to be gauged adroitly: the Bhagalpur communal riots of 1989, in Bihar, broke the Congress party’s dominance in the Gangetic Plains, to herald the ascendancy of social justice parties based on a Muslim-Yadav axis. They ruled the roost for two decades, before the Bharatiya Janata Party (BJP) managed to cut their booth capturing, vote-banking and appeasement to size.

Similarly, the race riots of America, in 2020, have rejuvenated a minority-Liberal axis that had been fraying at the seams, to return the Democrats to power. This is how Biden will be the next president of America.

That notwithstanding, the election wasn’t a cakewalk for Biden. He and his party faced down an existential moment, and survived the only way they knew how. What that means for American politics, and society, remains to be seen.

Trump may have lost, but the sentiment he represented remains vibrantly unchallenged, and only temporarily cowed. As the Duke of Wellington said about the Battle of Waterloo, “It was a close-run thing”.

And, just like the Duke said that his battle was won on the playing fields of Eton (a marvellously allegorical reference to the practices of character-building, followed in Britain’s most famous public school), we may conclude that the battle of 2020 was won on the burning streets of America.

Race was set against race in an ugly tableau of atavistic fear-mongering, which ensured that the bulk of the non-white vote stayed with the Democrats to telling electoral effect. This is precisely the same as how Indian secular parties would get wiped out completely, if ever the Muslim vote shifted even slightly to the BJP.

Yet, even as the Democrats celebrate their feral mandate, it behooves us to study the nature of Biden’s feat, for, like it or not, Narendra Modi and India will have to work with this government for the next four years. The nature of that association will be based in significant measure, on the manner in which Biden wrested the identity vote.

But that is for later. All we can say now, about this ‘Lalu-esque’ victory, is that if this is American exceptionalism, then it needs a makeover. Urgently.