A Tragedy Called Trump: The Wrong Man To Lead America Has Done Some Things Right 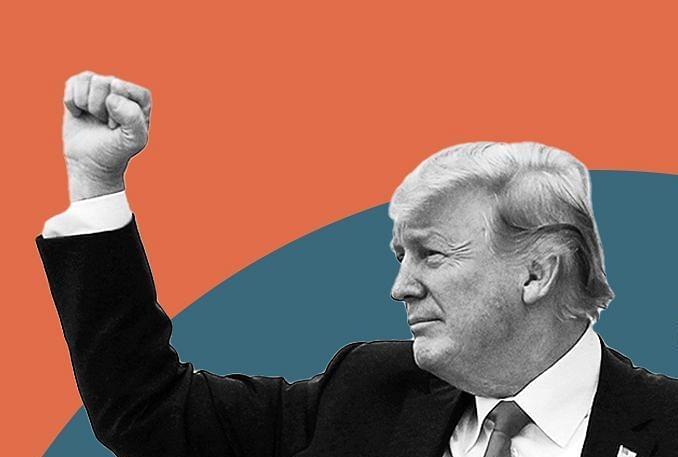 If current polling trends in the US Presidential elections, due in November, are any guide, Joe Biden, the presumptive Democratic candidate, will thump Donald Trump by a wide margin.

A New York Times poll shows Trump trailing 36-50 to Biden, a lead that will be impossible to erase no matter what demographic polarisation influences voting patterns in the end. Other polls, conducted at various times in June, give Biden leads in the range of 5-10 points.

It does not take a genius to tell us that Trump’s likely defeat is more about Trump defeating himself rather than any great voter enthusiasm for Biden. Biden is about to be anointed Democratic nominee not because of what he stands for, but what he does not: he is not Trump.

In fact, if the Covid-19 challenge had not shown up Trump’s tone-deafness on the unfolding tragedy, he might well have won again – not on the popular vote, but through the electoral college system that brought him the presidency even in 2016.

This does not mean we should write off Trump – it is too early – but if he does lose, it will be not because of his lack of achievements, but his wayward personality that thrives on making insensitive comments on things he need not have dilated upon. From boorish comments on the physically-challenged to misogyny to even racist talk, Trump as a human being is clearly not president material.

However, it is one thing to criticise and despise Trump the man, quite another to rubbish his considerable achievements for a man who is so universally despised by the Left-liberal elite.

Before Covid-19 struck America hard, the economy was booming, thanks partially to his tax cuts; the US began resetting ties with allies and enemies, restricted American over-reach in foreign wars, and shifted focus to domestic issues.

It speaks much for the stupidity of the American foreign policy establishment that its hatred from Trump made it more difficult to shift its Cold War obsession with Russia to the greatest threat to both American power and world peace today: China.

Whether Russian cyber-rogues helped dig up the dirt on Hillary Clinton or not in order to help Trump in 2016 is for the American people to fret about, but there is little doubt that the reset in US-Russia relationship that would have happened in the Trump presidency got delayed by the Deep State and the big mainstream media.

It finally took a Covid pandemic – unleashed on the world by an irresponsible China – to realise who is the bigger threat.

Trump’s trade wars with China rattled the Dragon more than anything else, and his frequent references to the China virus (or Wuhan virus) has woken up the world to the kind of authoritarian state the world now has to contend with. Some have drawn analogies to Hitler and Nazi Germany while discussing Xi Jinping’s China, and much of this realisation should be credited to Trump’s often wayward efforts.

Trump has needlessly forced allies and friends – the European Union, Japan, and India, among them – to look at his politically incorrect statements about them with horror, but this again was a necessary reset in relationships worked out at the height of America’s superpower status.

It surely did not need a Trump to tell the European Union that the latter’s defence is its responsibility, and not America’s. The same applies to Japan, though one must point out that Japan’s post-War pacificism was written into its constitution by the victorious allied powers.

So, too, Germany’s openness to refugees – which other countries could refuse or restrict, but Germany could not.

In a world where the clash of civilisations is a reality – a term popularised by the late Samuel Huntington – immigration will always be an issue, for the weakest element of capitalism is its inability to square free markets with free movement of labour, another key factor of production.

India under Narendra Modi, which has maintained its strategic autonomy despite Trump’s efforts to drive a wedge with Russia and Iran, also has much to gain from his pressure tactics. We have to reduce our dependence on H1B visas for IT success and on low-rated GSP (generalised system of preferences) exports, where Trump has withdrawn benefits.

A nation planning to promote Make in India and atmanirbharta should be able to do without crutches in the export market by slowly developing higher economies of scale and lower cost structures.

For right reasons or wrong, Trump has helped the world to come down to reality. The cosy comforts of Pax America are withering, and everybody has been served a rude wake-up call.

Trump won in 2016 not because of who he was – even then tapes attesting to his misogyny were doing the rounds – but because he was seen as the voice of the people left behind by free trade.

To be sure, America’s job losses in the rust-belt were less the result of free trade and more the result of creeping productivity gains from automation, but Trump’s victory showed that the world can’t ignore the losers from trade liberalisation and automation.

Today, the rise of the American Socialist – almost all of Joe Biden’s Democratic rivals in the primaries were leaning Leftwards – is actually a tribute to the constituency that Trump invented in 2016. This constituency may now be in danger of splitting to the Democrats’ benefit.

Trump’s big failures were his efforts to worsen the fault-lines of race and religion in America, and this is why as we enter the last few months of his first (and possibly only) term as President, we find America at war with itself over race.

The incident that sparked off the race divide was the killing of Afro-American George Floyd in Minneapolis through excessive use of police force, but the subsequent protests make no sense. Statues of Christopher Columbus and other deemed racists are being brought down in some kind of obsessive self-destructive streak that only China can rejoice over.

The things that made America great in the past were built on values of American free enterprise and devil-may-care attitudes, which certainly had large dollops of racism and violence embedded in them, but to destroy what is good about America (free speech, hard work) is hardly the answer for past sins. America’s Left-Liberal elite, in their blind hatred for Trump, are leading their country into a joyless cul-de-sac.

The robust self-confidence of America is gone, or significantly down, and while it is easy to blame Trump for this, the reality is that he has brought down with a thud a change that would have happened anyway, given the rise of China and other midi powers in future. This process had already begun under former president Barack Obama, but has been speeded up under Trump.

It is too early to write off Trump – for race-based polarisation can work both ways – but clearly America needs a leader it can believe in once more. That man is not Trump. But he has performed his historic duty of resetting American focus and abandoning American hypocrisies in an era where it is no longer the superpower it once was.