America's Ammunition Supply Chain Has A China-Sized Problem. It Is Finally Being Fixed 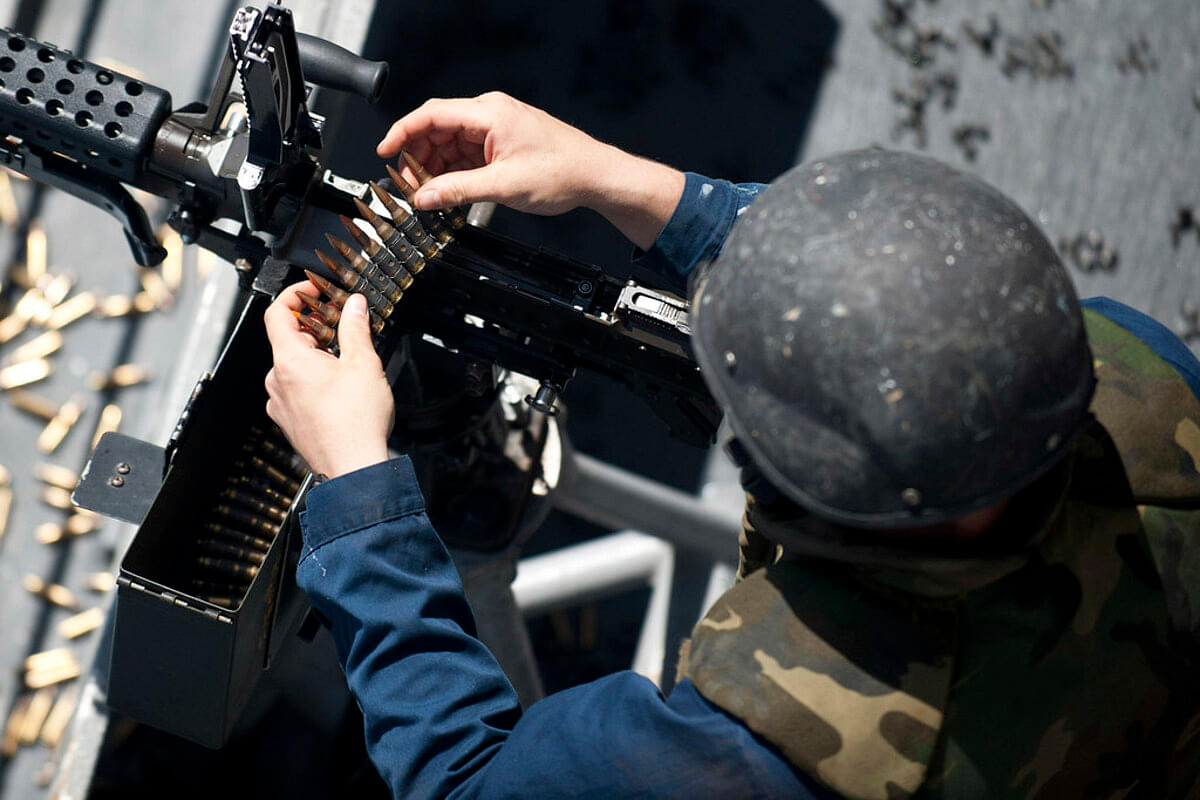 The United States relies almost entirely on China for its ammunitions. Yes, that is right. The US needs China, a country that it increasingly sees as a threat to its global pre-eminence, to keep its ammunition production going.

The US is in this predicament because a critical mineral that is vital for manufacturing ammunitions is sourced from China.

The mineral is antimony. Antimony is used to manufacture armour piercing bullets, explosives, nuclear weapons and several other military equipment.

The US Congress and Pentagon are now seeking to change this by shoring up the strategic reserve of rare earth minerals, known as the national defence stockpile.

The House Armed Services Committee made its first attempt at addressing China’s grip on the antimony supply chain. It released a draft legislation on 8 June.

A report accompanying the bill was released as well. It states that the manager of the national defence stockpile will have to brief the committee on the status of antimony by October while providing “a five-year outlook of these minerals and current and future supply chain vulnerabilities.”

“The committee is concerned about recent geopolitical dynamics with Russia and China and how that could accelerate supply chain disruptions, particularly with antimony,” the report reads.

The Armed Services Committee will advance the legislation as part of its annual defence authorisation bill later this month.

US sourcing antimony from China isn't a new development. During the Second World War, Japan had to cut off the supply chain in China to ensure that the speed at which America was manufacturing ammunitions suffers.

After this incident, US began procuring antimony from a domestic mine but that mine ceased production in 1997.

According to a 2020 report from the US Geological Survey, "There is no domestic mine for antimony. China is the largest producer of mined and refined antimony and a major source of import for the US."

In recent years, China has been losing some of its market share to Russia. Russia is world's second largest source for antimony.

Tajikistan has been gaining ground in the global market as the world’s third-largest supplier of antimony.

The recent effort to shore up national defence stockpile of strategic minerals is a volte face for the US Congress. The Congress has repeatedly authorised multimillion-dollar sales of the reserve over the past several decades to fund other programmes.

The stockpile was at its peak when the Cold War began. It was valued at around $42 billion in today's dollars. The value of the stockpile as of last year was merely $888 million.

America's Defense Department sent its own proposal to the US Congress last month. The proposal asked lawmakers to authorise $253.5 million in the defense authorization bill to procure additional minerals for the stockpile.

According to a report, Rep Seth Moulton, D-Mass., who sits on the House Armed Services Committee, led seven Republicans in April in asking the defence appropriations subcommittee to provide an additional $264 million in funding for the stockpile for financial year 2023.

“The current stockpile is inadequate to meet the requirements of great power competition. The national defense stockpile is no longer capable of covering the Department of Defense’s needs for the vast majority of identified materials in the event of a supply chain disruption,” the Republican lawmakers wrote.

"China in particular does a remarkably good job of hoarding these materials. China clearly has a comprehensive global strategy to corner the market on these materials and we’re behind and we’re playing catch-up.” said Rep Seth Moulton.

As of now, it is to early to tell if US will succeed in weaning itself of from its dependence on China for antimony.