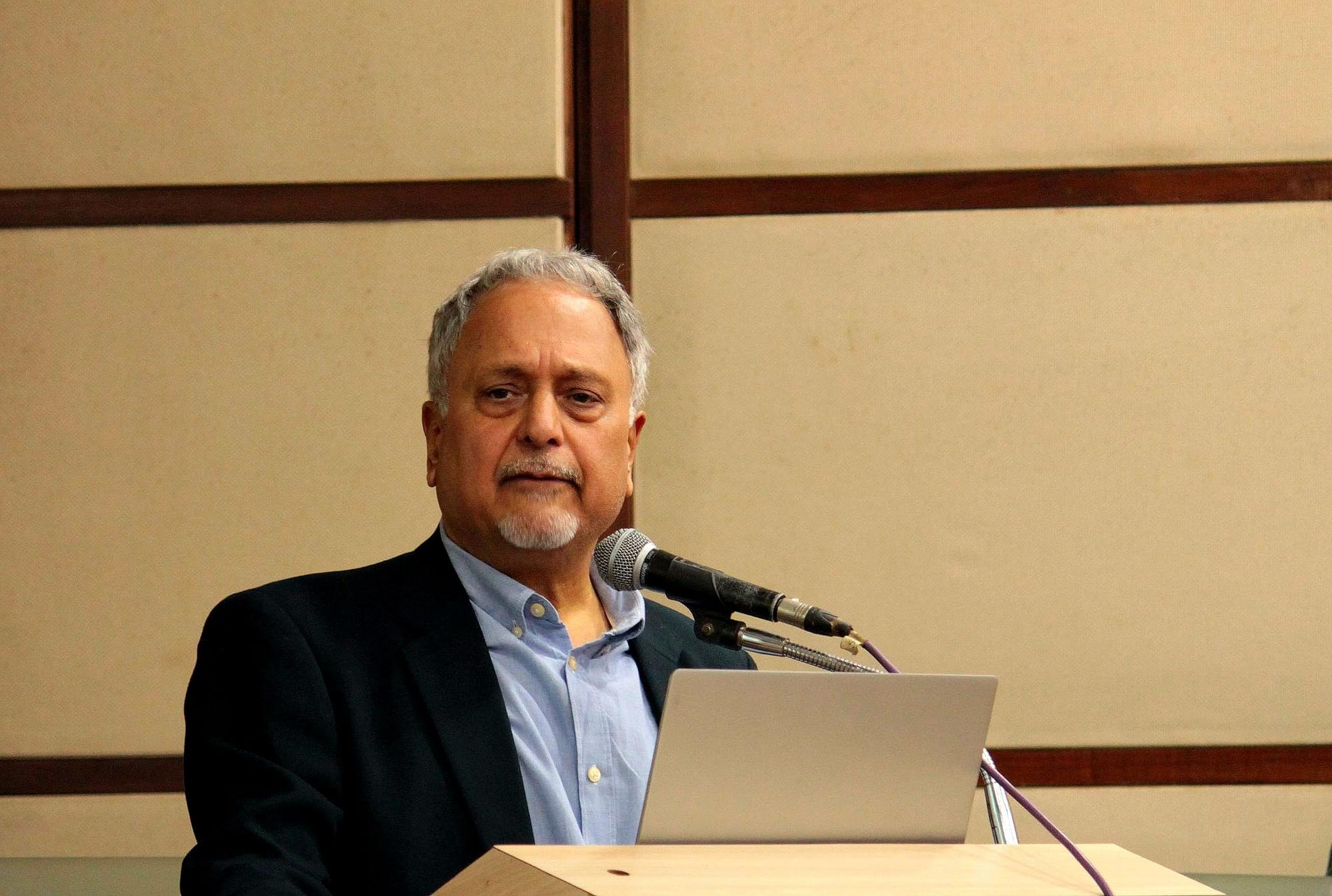 Q1. 20 Indian soldiers are dead. It’s a first since Kargil that there are so many casualties in direct confrontation with an enemy on the border. Deaths on the other side are reportedly higher but no official confirmation is available. We are again hearing excuses of China stabbing us in the back and not complying with agreements. How is it possible that we are getting ambushed and being surprised by the Chinese in 2020?

A: We hear the same thing from the government, military, and everyone else in the official loop who once again have fouled up because they keep making the same mistakes and coming up with the same excuses and self-serving rhetoric — Chinese ‘stab in the back’, ‘betrayal’, ‘treachery, etc. It means the Indian government and agencies have not been able to read the Chinese government’s intentions, cannot divine the PLA's plans, and were clueless about PLA’s new tactics.

In the May 5-6 incident at Naku La in Sikkim and the mid-May events on the Pangong Tso, the Chinese PLA used violence, with an Indian patrolling party in the latter fracas using solid wooden batons with protruding nails. Fast forward a month later and the same medieval weapons were used to fatally injure a Lieutenant Colonel of the 16 Bihar Regiment. The Indian response?

The spokesman of the army’s Eastern Command, almost condoned Chinese provocations saying “Temporary and short-duration face-offs between border-guarding troops do occur as boundaries are not resolved.”The Ministry of External Affairs, equally conciliatory, conceded that the PLA had disturbed India’s “normal patrolling patterns” in Ladakh, but referred to the “established mechanisms to resolve such situations peacefully through dialogue.”

It is as if the clubbing of senior Indian officers is normal and the Chinese are amenable to quiet persuasion.

Q2: Karakoram Pass-Daulat Beg Oldi-Depsang road’s construction was completed last year. This road is critical as Indian supplies to Bana post near Siachin Glacier pass through it, apart from this providing us access to Karakoram Pass. Now, Chinese have come and sat atop hills watching the movement of Indian troops with comfort. This is a big strategic lapse. Who screwed up?

A: The first thing the army should have done after the Border Roads Organization laid down the alignment for this road some ten years back was to protect this asset by pre-emptively securing the foothills and, hence, the heights on the Galwan, Cheng-chenmo, and Shyok rivers. It would have closed out PLA’s options on the Indian highway.

The army blundered by not implementing so basic a precautionary military measure to protect its infrastructure asset.

The army apparently learned nothing from its Kargil experience, because it is being replayed today on the Ladakh front. India is faced with the entrenched Chinese positions on the Galwan from where PLA can at any time interdict the Siachen supply line and otherwise sever the lines of communications to the Karakoram Pass.

To those who argue that maintaining all-year outposts on the remote Galwan, Cheng-chenmo, and Shyok rivers would be prohibitively expensive and beyond India’s capacity, they need to be reminded that the army has for 40 years sustained its presence on the Siachen glacier, which is remoter and at a much higher altitude.

This is Indian army’s fiasco through and through. Because had the XIV Corps and the Army HQrs paid more attention to the PLA activity and taken the obvious precautions of securing the heights overlooking the newly-built highway, they would have had the Modi government’s approval for it. After all, what choice would the “nationalist” prime minister have had in that context? Instead, India is saddled with a situation.

Q3. So, what are India’s military options now to neutralise this Chinese threat?

A: The PLA has built up too much for it give it all up and withdraw on the Galwan and the Pangong Tso. So, the restoration of status quo ante will have to involve scaled military operations to evict the Chinese troops from both these places - whatever the cost. And once these areas are vacated, it will have to set up its own permanent presence there. There's no other way.

Q4. That can’t be achieved without going for war with China.

A: Limited war, as I have argued, is the inescapable option with the readiness to escalate if Beijing ups the ante. The country has to prepare for it. And Prime Minister Modi who can whip up patriotic zeal on a coin, should now mobilize the people.

The country should prepare to pay whatever financial, political and diplomatic cost is involved. The government cannot avoid ordering a military operation to evict the Chinese PLA. Nothing less will do, not if the PM means to retain even a semblance of his “nationalist” credentials. Some sections of the army, albeit in a minority, support the option of limited war with China.

Should the government approve such a mission, it will have to publicly define these parameters before it gets underway just so, like Pakistan in Kargil, China is aware from the start of the India's severely limited military focus and goal. By way of strategic cover for this action and to deter China from escalating this fight into something bigger – even though there’s zero possibility of this happening, India should publicize the forward deployment of Agni missiles, and alert the Arihant SSBN on patrol for possible attacks on China’s economic heart – the Shanghai coast and its immediate hinterland.

The recovery of the Galwan in particular can be preceded by a set of punitive economic measures to show India means business.

Q5: What punitive (non-military) measures would you recommend that can really hurt the Chinese and send a strong message?

A: India has the brahmastra for China in its policy quiver but for incomprehensible reasons it has shied away from using it.

Modi must now use this weapon and threaten China with the loss of access to the vast Indian market in which Chinese companies selling light manufactures, consumer durables (Haier home appliances, air conditioners, etc.), mobile telephony (Huawei, Xiaomi, Gionee, etc) and computer hardware (Lenovo), have acquired a near stranglehold.

Modi has talked, as his predecessor Manmohan Singh government did, about requiring China to correct the completely unbalanced trade (with $95 billion Indian trade deficit) but has done precious little over the last six years to force the issue.

India should also begin transferring the Brahmos missiles and the 700 kms range Agni-1s on an accelerated basis to Vietnam, Philippines and Indonesia for a start, and ramp up production of these missiles for this purpose and to meet the Indian military's needs. These are hard decisions but must be taken because military disparity with China is widening.

As back up for the conventional military operation to vacate the Galwan valley and the northern shore of the Pangong Lake of the PLA presence, India needs to now go in for atomic demolition munitions in the mountains to stop in its tracks any serious PLA ingress across the LAC, and otherwise adopt a nuclear first use posture featuring forward deployed canisterised nuclear-warheaded Agni missiles that for the first time provide India with launch-on-launch and launch-on warning capability.

However, the current crisis should be prevented from getting to beyond the fail safe stage and here's where cutting-off Chinese access to the Indian market will help.

To incentivize Beijing to act “responsibly” on the LAC, phased removal of the newly imposed tariffs should be offered on the basis of complete and verifiable withdrawal of the PLA from these two places in eastern Ladakh.

Such measures are bound to surprise Xi and induce in Beijing a sense of caution in dealing with India. The loss of the export trade to India is not something Xi will risk, given that Trump is closing off the American market to Chinese exports, and the Chinese economy is slumping. Now is the time for Modi to stop fooling around and stop pulling India’s punches.