Between The lines Of Modi’s Indian Ocean Trip 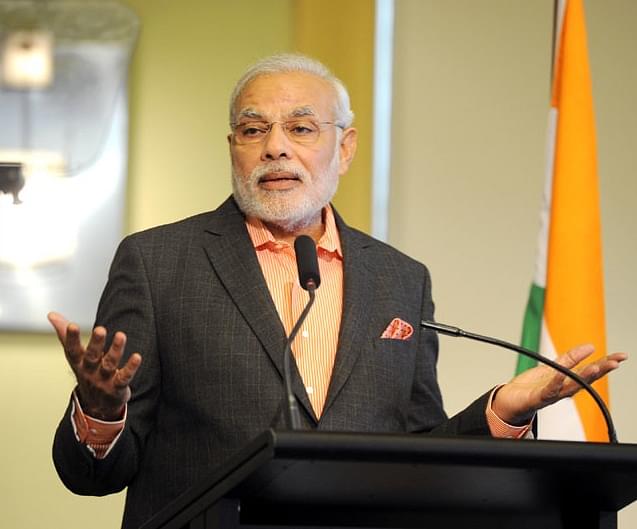 Prime Minister Narendra Modi was on a comprehensive trip of the Indian Ocean last week, visiting countries as small and diverse as the Mauritius, Seychelles and Sri Lanka. The Prime Minister was also due to visit the Maldives, but later cancelled his plans due to political turmoil in that country. Nonetheless, the general theme and undertones of his visit were not disturbed. The strategy was to reignite ties with nations in the extended neighborhood, and invite them to join in strategic alliances in the region, piloted by New Delhi.

But headlines of the visit were created, not in India, but on the other side of the world – in America. Commentators in Washington looked on as Prime Minister Modi went from one capital to the other, talking of the need to join together for the cause of regional security and free navigation in the waters of the Indian Ocean. The context was not lost – at least in Washington.

Over the last few years, Beijing and Washington have been at odds with each other, much of that wrangling carried out in the South China Sea. To strengthen its naval hand, Beijing unveiled what is commonly called the ‘String of Pearls’ policy that included the construction of a string of naval bases and ports in countries across the Indian Ocean. Now, analysts in Washington say, New Delhi is countering that game by building partnerships of its own. “India, like China’s neighbors in the South China Sea, relies on and thrives under the current global system of trade whose safety is underwritten by America’s naval power,” wrote The American Interest, in a report categorized under the title ‘Game of Thrones’, “Whether India wins the day in the Indian Ocean will have major repercussions for Beijing’s revisionist agenda. This is a courtship dance to watch closely.”

Analysts in India too ought to take note of the Prime Minister’s visit, for this and other reasons. Even in the 1950s, New Delhi actively sought to build alliances and groupings, but for a very different reason – that of non-alignment and non-intervention. The thinking of the time was that India ought to lead the newly liberated colonies and shield them from the possible exploitation of the two great powers of the Cold War era. It was a different issue that this later resulted into a markedly pro-Moscow tilt, largely due to the power equations in South Asia at the time. The key here is that the 1950s policy agenda found its roots in existential insecurity. New Delhi felt back then that it was vulnerable to misuse at the hands of Washington and Moscow, and under the circumstances of its early independence era, to a fair extent, it was right.

But look at the guiding principles of Indian foreign policy today, best exhibited by Modi’s trip to the Indian Ocean. New Delhi was again looking to sign partnership deals and alliances, only this time for the sake of strategic strength and the cause of regional security. New Delhi now believes that it must stand up and play a role in uniting nations under the banner of free navigation and trade security, rather than taking a backseat and remaining a non-player. This graduation in foreign policy is what excites commentators and analysts in Washington. America now hopes that it wouldn’t have to play alone in the region.

All that said, America can’t yet expect New Delhi to play a large military role in the region, because India still has its troubles. While the Indian economy has started to pick up growth, it is still far from its stated objectives. Several of its people still languish in poverty and social spending now has been increased to counter that. As such, New Delhi can’t go on expanding its defense budget perennially at the cost of its own people.

The other issue, of course, is the immediate neighborhood – more particularly in Islamabad, where problems seem to grow every day. Pakistan has been the biggest distraction in Indian foreign policy and New Delhi wants to spend as little time as it can on these seemingly unsolvable problems. Yet, it still can’t ignore them because of the threat that they pose to its national security. Despite the constraints, however, the fact that Indian foreign policy is expanding its scope is news that is welcome in most parts of the world.