Boris Johnson As UK Prime Minister In The Middle Of Brexit: What This Means For India 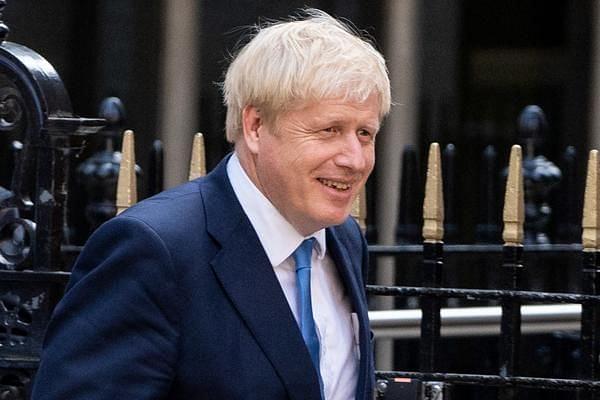 Boris Johnson set to take over as UK Prime Minister.

In 2016, many commentators missed the early signs of an eminent backlash to globalisation. The signs were visible across the developed world and they became apparent with the UK voting to leave the European Union (EU).

The Brexit referendum aimed at renegotiating the relationship between Europe and the UK which, perhaps, was the best deal for them. Under the previous arrangement, UK maintained its own currency and refrained from being a part of a common immigration system.

Therefore, they were a part of the union while retaining their fiscal and sovereign independence unlike other member nations. It is difficult to imagine a better arrangement than this and, perhaps, that’s why we haven’t seen Brexit become a reality.

A collateral damage post the Brexit vote has been the frequent change of guard as first David Cameron stepped down to make way for Theresa May and now, May has stepped down paving way for Boris Johnson. The reasons for Cameron’s resignation are apparent as he was a vocal supporter of staying with the EU. While May resigned as she was unable to sell the Brexit deal to the members of Parliament.

Interestingly, Johnson served in May’s cabinet as the Secretary of State for Foreign and Commonwealth Affairs for two years, post which he decided to resign in protest against May’s approach towards ensuring a deal to facilitate the exit from the union.

As one of the most vocal supporters of the “vote-leave” campaign, it came as a surprise when he decided not to run for the position post the Brexit vote. However, with him back at the helm of affairs, it is unlikely that the decision to leave will be reversed, or that a second referendum will be held. It has already been indicated that Brexit will become a reality by 31 October and, therefore, we can expect things to get back on track as far as the negotiations are concerned.

It must be known to all parties during discussions that a deal would be strictly preferred over the exit of UK in the absence of a deal. The problem will be to identify a deal that is better than the existing set-up and, therefore, one needed the exclusion of the choice of reversing referendum to ensure a meaningful outcome to the dialogue.

Luckily, with Johnson we have achieved precisely this so there is some level of certainty regarding the future of Europe. What we now know for sure is that Brexit will happen whether with a deal, or without one; both parties benefit from a deal and that Johnson is willing to exit the union even in the absence of a deal.

Despite the EU stressing on no renegotiations of the deal, there is some possibility of it taking place given the concerns of slowdown in global growth and economic stability of the euro zone, but it would be interesting to see how the situation evolves over the next two months.

It must also be known that he is not against immigration as he has repeatedly advocated for more immigration from the commonwealth as he endorses the views of Winston Churchill in terms of building an English-speaking community. Similarly, he wants to improve trade relations with other countries, including India. Johnson is, in general, more sympathetic to several Indian concerns, and given his deep roots with the Indian community we should expect a significant improvement in UK-India ties.

The views of Johnson on trade and immigration suggest his willingness to revisit their current relations with the rest of the world. They assume much significance as he is discussing free trade agreements in the middle of an ongoing trade war.

In fact, New Zealand has already stated that it is going to initiate talks on free trade with UK. It looks like his vision for the future of UK is well beyond the EU as he tries to create a community of commonwealth nations by negotiating free trade deals and favourable emigration policies.

This opens an opportunity for India to actively engage with Johnson on immigration and trade policies to deepen our ties. With Britain as our fourth largest investor and India as their third largest investor, there is no denying that both countries have deep strategic and economic interests. Of late, this relationship has only improved with Britain swiftly processing India’s extradition requests and indicating the importance of India as their strategic partner across multiple areas of cooperation.

While this change of guard has occurred at a critical juncture, it brings with it the promise of stability and new opportunities, not just for Britain but for India as well. With immigration norms being a priority for India, while trade for Johnson, there is certainly a middle ground that can be explored over the next couple of months. One thing is for sure, India’s relationship with the UK is only set to improve as Narendra Modi and Johnson work towards strengthening our partnership over the next couple of months.