Can Macron’s First Term Stop Le Pen In The Next Election? Maybe 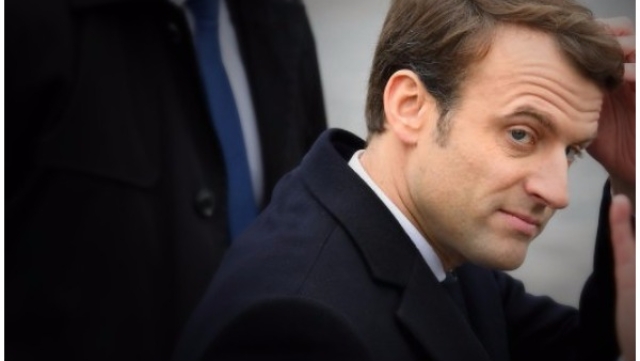 First, a quick explanation of the reasons for Marine Le Pen’s defeat. Once it emerged that she would be running against Emmanuel Macron in the second round, it was clear she would lose. The French people are not ready, and probably do not want to leave the European Union (EU) and cause its collapse. They don’t like the way the EU is now, but they want the EU to change through co-operation, not unravel into chaos through confrontation. Le Pen did not quite convey the extent to which her anti-EU policies would go.

In the numerous interviews she gave and the speeches she made during the campaign, it was not properly evident (except perhaps to the most discerning viewer) that there was a distinction between the extreme-right and the centre right. One still cannot be sure if there is one. The repeated charges of “fascism” levelled against her and the National Front were never adequately refuted. These are most probably among the primary reasons why about 25 per cent of the voters abstained.

In short, Marine Le Pen read the French public very well, much better than any of her predecessors from the same ideological inclination. But she did not read them well enough. This is not the end, though, not by a long shot. It may even just be the beginning. The National Front is the second most powerful force in France now and is well established. Its voters are not likely to abandon Le Pen over the coming years.

And what happens in the next few years under Macron will determine whether she is the next president of France, or just an important but unfulfilled political player in France. The National Front will have to move towards the centre in some ways that will be uncomfortable for many of its cadre. There is already talk of a name change for the party.

There was an almost visible sound of relieved exhalation after Macron’s win in many of the EU states, as well as within the EU bureaucracy, followed by exhilarated expressions of support and solidarity. All well and good as the EU needs a boost like this about now. Britain will create enough trouble for the EU on its way out. And after it is out, you can bet Whitehall will deploy every subtly divisive trick in the book to ensure that the EU stays off balance. With such a scenario likely to unfold, the French threatening to exit the EU could ensure a collapse of the Eurozone and perhaps the Union itself. That will be good for no one in Europe.

So now, the question is what will Macron do? He has been described variously as pro-business, pro-globalization and pro-Europe – which speaks more to his political skill than to ground reality. The European scene today is one where people want governments to be pro-business, but not at the expense of inefficient economic structures; pro-globalization, but not at the expense of job structure reconfiguration and immigration; pro-Europe but with much less intrusiveness from the “Brussels bureaucracy” and much more autonomy in setting economic policy.

Wishful thinking? Yes. And that is Macron’s problem. Given the way that France is situated on these subjects, it is certain that Macron cannot deliver on any of these fully, and perhaps even substantially. Not unless he makes a radical departure from the way the French have done things over the last four decades. Might he make such a departure?

Macron’s rather unconventional personal background suggests that he has the conviction and the capability of will to do it, though he may not have the capacity - which his political party and electoral allies must provide. Yet he may be able to deliver partially on these aspirations, and that could be sufficient for him to secure a second term. He will even do some of what Le Pen promised as part of her agenda, or move visibly in those directions, undermining the National Front’s political position.

Though positioned as an independent, he is certain to provide visible right of centre words while sticking for the most part to centre and even left of centre actions. The French political superstructure is not likely to let him do much more. And that is where the problem lies. The global economy will move according to its own devices, and France is less powerful than it used to be within that construct. Terrorism, migration and a combination of the two are all certain to continue agitating the more conservative inclinations of the French people – probably with increasing success.

Within months after Macron occupies the presidency, we may expect the undermining of his position to begin from within. He will try hard, but demonstrable success will be modest and episodic. The electoral support provided by other parties will dissipate gradually, as expected disagreements surface. Politics as normal will resume.

Still, if he manages to have enough positive outcomes, even if occasional, he might have a second term. A lot will depend on how many of the 25 that abstained Macron will attract over the next few years.

He will also have to take the war to the enemy, so to speak, and capture those currently aligned to Le Pen’s worldview by visibly delivering what they demanded of her party. Can and will he do these things to the extent necessary? This writer thinks he can but that he will not be able to.