China: 38 Charred To Death After Fire Engulfs A Factory In Henan Province 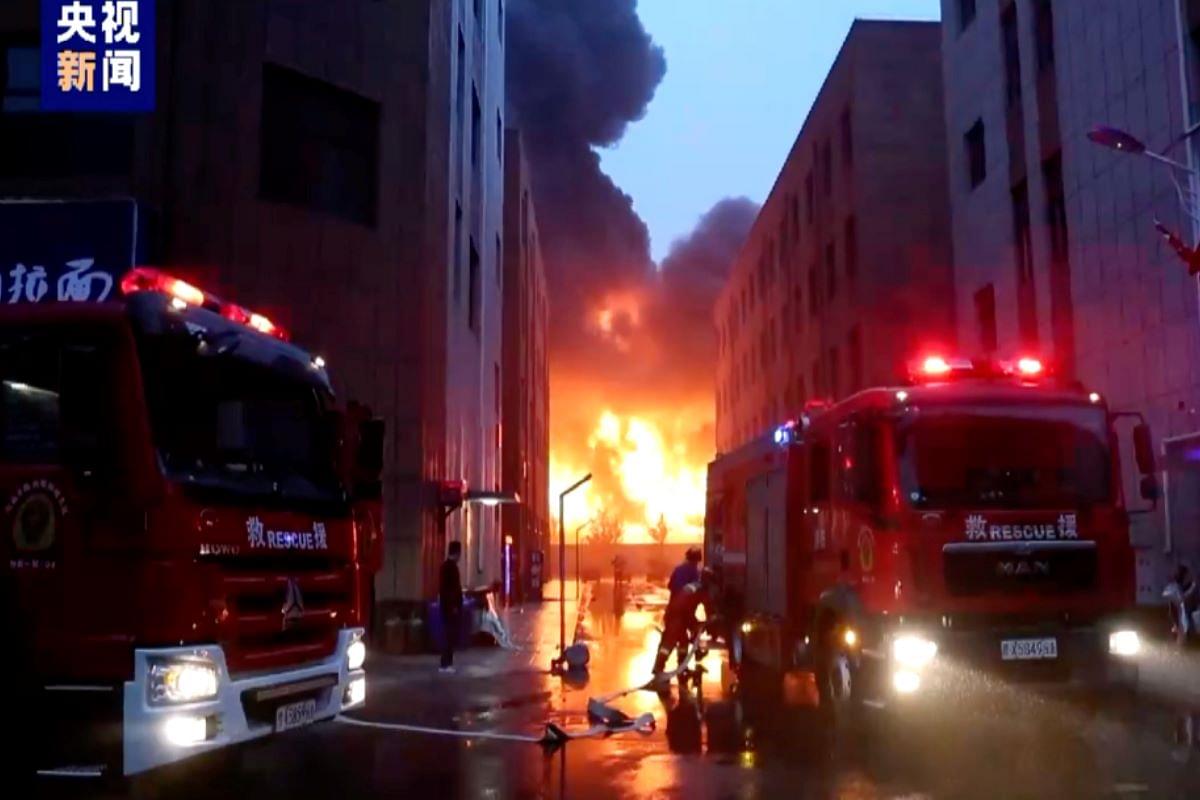 At least 38 people were killed and two are missing after a fire broke out at a plant in central China, state media reported on Tuesday (Nov 22), citing local authorities.

After receiving an alert about fire engulfing the premise of Kaixinda Trading Co Ltd around 4 pm, the municipal fire and rescue services immediately rushed to the scene. At about 8 pm, the fire was largely extinguished, before being completely subdued three hours later.

According to preliminary investigation, the fire was caused by violations of electrical welding protocols, the state-owned Henan Daily reported, citing authorities.

The local police have arrested suspects believed to be behind a fire.

Industrial fire accidents are common in China because of lax safety standards and widespread corruption among officials tasked with enforcing them.

In 2015, at least 173 people died after a series of explosions at a chemical warehouse in the northern port city of Tianjin.

In March 2019, an explosion at a chemical factory in Yancheng killed 78 people.

Last year, a gas explosion killed 25 people and reduced several buildings to rubble in the central city of Shiyan.

Last October, at least three people were killed and more than 30 injured in a powerful explosion at a restaurant in the northeastern city of Shenyang. The gas explosion took place in a mixed-use residential and commercial building.

In June this year, one person was killed and another was injured in an explosion at a chemical plant in Shanghai.