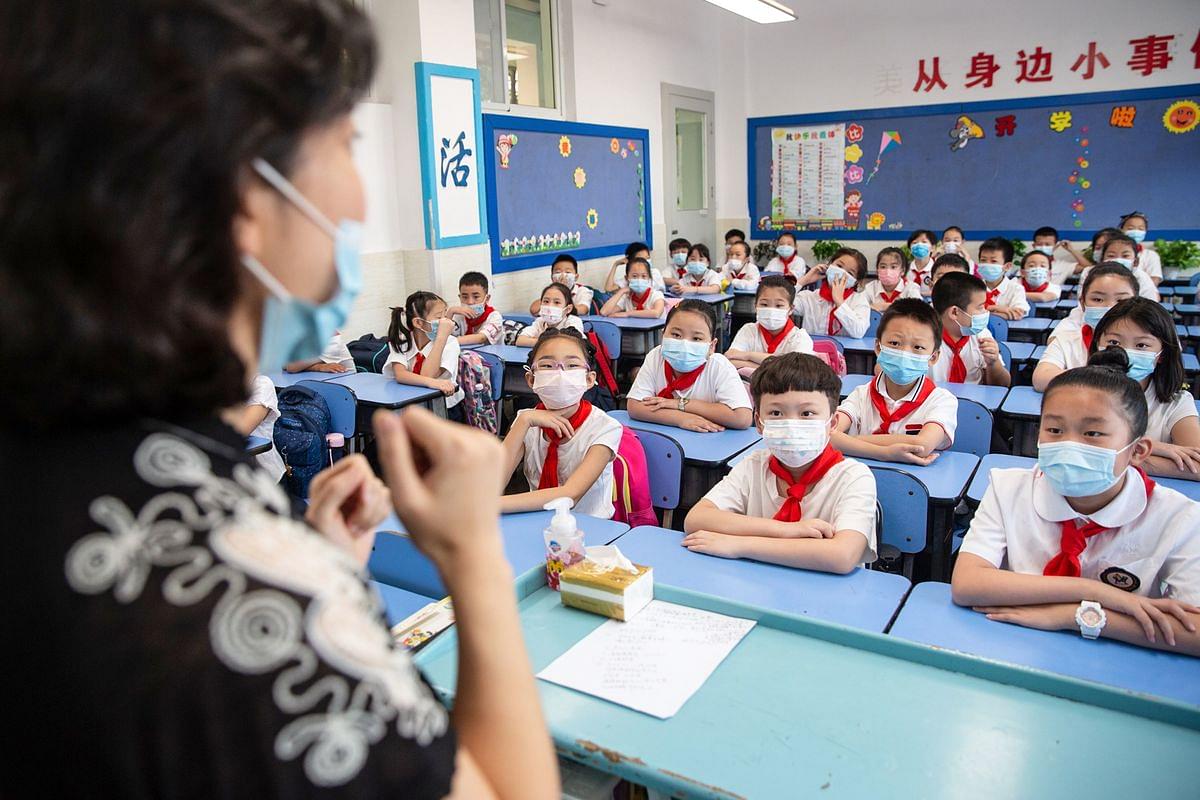 Private schools across China are being nationalised. The aim is to reform China's education sector and align it with President Xi Jinping's goal of 'common prosperity'.

Under these reforms, all educational institutions in China will be brought under the direct control of Chinese Communist Party (CCP).

In the northern city of Xi'an, 38 private primary and secondary schools across more than 10 districts were forced back into public ownership, according to the municipal education bureau's announcement on Tuesday.

Meanwhile in Shanghai, the Shanghai Municipal Government announced that it had 'bought out' more than 20,000 places at the city's private schools.

This move has effectively turned 30 of Shanghai's private schools into free education providers.

Jia Minling is a former teacher in Shanghai. According to her, Shanghai's government had earlier welcomed private education into the city. With time, the number of private schools in Shanghai mushroomed. Several of them offered extremely high standards of facilities and teaching.

"If they are taking back [the private sector] in this way, then it means education will be completely in the hands of the government," Jia says to a mandarin language newspaper.

"Private schools make efforts to compete for enrolments, and the teachers are very responsible and really serious about improving the children's grades," he adds.

Provincial authorities in the southwestern province of Sichuan, the central province of Hunan and the eastern province of Jiangsu have all recently announced that their goal is to ensure that private schooling accounts for no more than 5 per cent of the education sector in their province.

The nationalisation programme is not specific to these provinces. It is gathering momentum across China.

The intention is to gradually bring private institutions into the public sector. Although, it cannot be done in one go. As a result, targets are being set for each district.

"A lot of Shanghai private schools have reduced their fees ... so now, not only do they not make money, they can't even operate. They call it delisting," Pan, an education sector source in Shanghai, told the newspaper.

According to reports, the government has forcibly bought out more than 17,000 school places across 87 schools, with 30 schools now not charging any fees at all.

Jia believes that the government is intervening with the operation of private schools.

"Private schools are responsible for their own profits and losses, what right do they have to interfere with that?" he asks.

Critics of CCP's move claim that if the tuition fee is too high in private schools then they will be unable to enroll students. The 'invisible hand' of market so to say, will take care of it.

Supporters of CCP's move believe that the reforms are required and they will prevent middle class Chinese families from falling into a trap of rat race. They fear that the spread of private schools and the social status attached to them, will prove corrosive to the Chinese society in the long term.

Back in August of last year, the ministry of education announced that by August 2023, there will be no more private education in China.

In July 2021, the CCP senior leadership indicated that it will crack down on private tuition schools. The aim was to slash homework and out-of-hours educational activities.

This resulted in a sweeping overhaul of China's $100 billion ed-tech sector, banning companies that teach the school curriculum from making profits, raising capital or going public.

According to reports, training institutions across China were banned from "offering subject-based tutoring on national statutory holidays, rest days, or winter and summer vacations".

Most recent industry figurers indicate that nearly 75 per cent of students in primary and secondary schools attended after-school tutoring.

CCP leadership believes that this is an unhealthy trend for the society. The necessity parents feels to hothouse children privately to get them into the best schools, was criticised by Xi himself.

Xi believes that this culture adds economic burden on parents and prevents them from having more children. This acts as a barrier to boosting birth rates in China, which is Xi's goal.