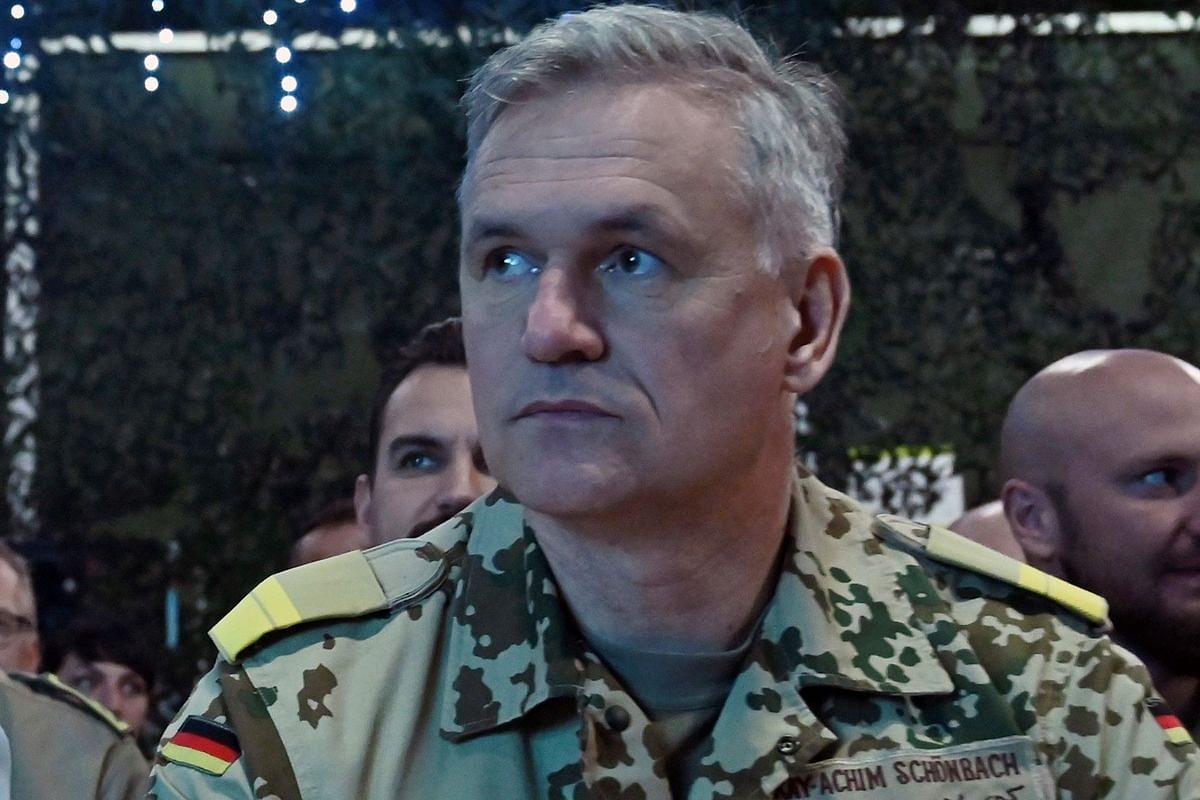 Schoenbach’s 'remarks are the typical radical religious remarks. Today, peace and development are the trend of the times. Calling openly for different camps based on religion and fomenting antagonism and hostility is historically back-pedalling,' Chinese Foreign Ministry spokesman Zhao Lijian told a media briefing here.

'This is not only ridiculous but also extremely dangerous and should be condemned by the international community. I have noted that he has resigned,' Zhao said, replying to a question on Schonbach’s comments calling for rapprochement with Putin by the US and the EU over the current Ukraine military crisis to de-link Russia from China.

Schoenbach had resigned on January 23 following backlash at home and in Ukraine over his remarks made during his recent visit to India.

Speaking at an interactive session at the Manohar Parrikar Institute for Defence Studies and Analyses (MP-IDSA) on January 21, Schoenbach was quoted as saying that 'does Russia really wants small and tiny strip of Ukraine soil, integrate the country. No, this is nonsense. Putin is probably putting pressure because he knows he can do it, and he splits EU opinion. What he really wants is respect.

'He (Putin) wants high-level respect and my God giving some respect is low cost, even no cost. If I was asked, it is easy to give him the respect he really demands and probably also deserves. Russia is an old country, Russia is an important country. Even India, Germany need Russia. we need Russia against China…” He also said, 'I am a very radical Roman Catholic. I’m believing in God and I believe in Christianity and there we have a Christian country even Putin, he’s an atheist but it doesn't matter. Having this big country on our side”.

Schoenbach’s comments, captured on video, caused anger in Ukraine, which is banking on the US and EU support to avert an “invasion” by Russia whose troops are massed outside its borders.

Schoenbach’s comments identifying China as a bigger enemy than Russia caused consternation in Beijing as Putin is due to make his first visit to China after the COVID-19 pandemic to attend the opening ceremony of the Beijing Winter Olympics on February 4 and meet Chinese President Xi Jinping.

Putin’s presence is being highlighted as the US, EU and a number of western countries have announced diplomatic boycott of the opening ceremony of the Beijing Winter Olympics to underline their allegations of human rights violations against Uygur Muslims in China’s Xinjiang province.

Facing increasing international criticism over its aggressive military actions against Taiwan and South China Sea, allegations of human rights violation in Xinjiang, Hong Kong, and Tibet, China projects its close ties with Russia both at home and abroad as major allies.

While reacting to Schoenbach’s comments, Zhao hit out at his comments on religion, while sidestepping the former German naval chief’s remarks to delink the Russia-China ties.

His comments also reflected growing antagonism towards China in Germany which shared close relations during the time in power of former German Chancellor Angela Merkel who recently retired.

Highlighting close ties between Germany and China, Zhao said, “I would like to stress that China and Germany are all-round strategic partners. Since the new German government was formed, the two sides’ leaders have engaged in close interactions.”