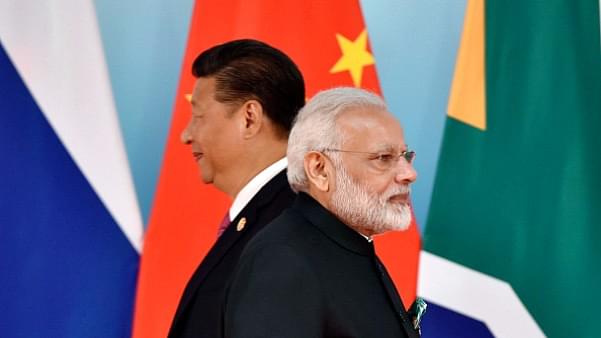 In a historic moment on a high Himalayan plateau in remote Bhutan, India beat back China in a standoff that had seen China deploy all its usual bullying tactics that have caused headaches even to the likes of the United States (US). It was a stunning reversal of India’s status as the humiliated party since its defeat in the 1962 war with China. India has finally arrived at the big boys’ table. But along with the triumph comes the need to grow up, and do it fast. A profoundly introverted India has been a reticent presence on the world stage and has little experience playing a role as a first-rank power. It’s time to start thinking and acting like one of the big boys if we don’t want to get tossed out of the game, bruised and broken.

For decades, China was content to keep India under the gun but without significant direct aggression. Things have changed in recent years as China has stepped up military and diplomatic hostility against India. It’s important to understand what’s going on in the larger context of Chinese policy.  After three decades of spectacular growth through a fantastic level and quality of industrialisation, China’s economy is slowing down. Worse, virtually all the levers that the Chinese government has had to stimulate and sustain growth are losing their effectiveness. If the Chinese government doesn’t want social and political unrest, calls for democracy and a weakening Chinese state, it has to find other means of propping up growth.

Some time ago, China struck upon an old idea: empire. A vast region of influence where economic activity and resources feed the mothership while the provinces are administered by vassals. China has been busy the last many years investing in third-world countries under terms that virtually ensure that China cannot be paid back and so takes over ownership of the national assets it invested in, and then proceeds to employ Chinese labour and companies to help itself to virtually all economic value to be had in the province.

Unlike European imperialism of the past, there is no military conquest. It’s a takeover by investment. China has been busy buying up an empire. In China’s grand vision, their empire will be interconnected with vast transport infrastructure to be built by Chinese companies for Chinese profit. Pakistan, with the Gwadar port connecting China via the China Pakistan Economic Corridor (CPEC), is part of this plan.

India presents a problem, however. It refuses to recognise CPEC as legitimate. The Corridor passes through Indian territory in Jammu and Kashmir state, which is occupied by Pakistan. While Pakistan’s cooperation over Indian resistance is something that China can take for granted, many other states that China wishes to bring under its umbrella are not specifically anti-Indian, and it does’t do good to them if India, a substantial economic and military power in the region, is dismissive of the significance and impact of China’s project. If India won’t fall in line, China has to make a display of India’s weakness.

In preparation for this, the Chinese have been testing India’s resolve in recent years with military and political provocations. It concluded from the tepidness of the official response as well as the quality of rhetoric in the media and official circles that India’s courage to seriously confront China was lacking and that the Indian government and military did not have the gumption and resolve to answer Chinese provocations with military force.

It was a serious miscalculation. India might have responded weakly to minor confrontations, but its military planners did have very clear red lines, violation of which was not tolerable. The Bharatiya Janata Party (BJP) government in New Delhi was in no mood to run from the Chinese either. Further, India had the strategic advantage on the ground, as well as the moral high ground.

The muscularity of the Indian military response and the resolve of the government caught China on the back foot. Beijing had been so confident of a weak Indian response that it incredibly went against it with a game plan that guaranteed a military defeat and humiliation for China if India did get tough.

And India did get tough. And China faced defeat and humiliation with everyone watching.

The US and Japan, the main powers opposing the expansion of China’s muscular militarism, and always looking for India to finally find the gumption to resist China and count for something big on the international stage, but never believing that it would ever happen, are impressed.

Pakistan, clinging to China’s teat and perpetually gloating about the impotence of India in front of its Chinese mommy, is undoubtedly stunned. Watching too are all the small regional states, from Vietnam to Sri Lanka, that live in the shadow of the Chinese hegemony. And also watching are all the other countries that China is bullying or seducing into become a semi-autonomous provinces of its empire. India has delivered a huge blow to Chinese prestige in its putative empire and amongst its powerful enemies.

Humiliating China in front of the world has elevated India’s standing to the first rank. But it’s a fragile position that has to be rapidly fortified. This is not as easy as one might assume. In Doklam, India was well-prepared and had the military advantage. But India’s border with China is long; India’s defences and strategic positions are not so advantageous everywhere else. India does not have the supply lines and road networks on its side that the Chinese do on theirs, and China has the more powerful military and economy.

India has undone the humiliation of 1962 and enhanced its prestige while denting China’s. This will not go unanswered. The next time China moves against India, it won’t again make the mistake of assuming Indian pusillanimity. It will engineer another fiasco sooner or later that will be in a situation of Indian strategic weakness, leaving India the choice to retreat rather than fight and lose, or to be soundly defeated at little cost to China and be humiliated once more. And that could mean Indian TV filling up with images of the bodies of jawans going home in rectangular boxes.

We have to be prepared. We got lucky this time because we surprised them. China has its empire project to advance. Next time, they won’t let us surprise them and they won’t make a strategically weak play. If our babus, mantris and military supply and procurement thekedars, including those in uniform, carry on as they always have, China will prevail. The military, the government and the diplomats of India – all have to elevate their game in a big way if we are to sustain this new-found status on the world stage.