Chinese Corridors And Their Economic, Political Implications For India 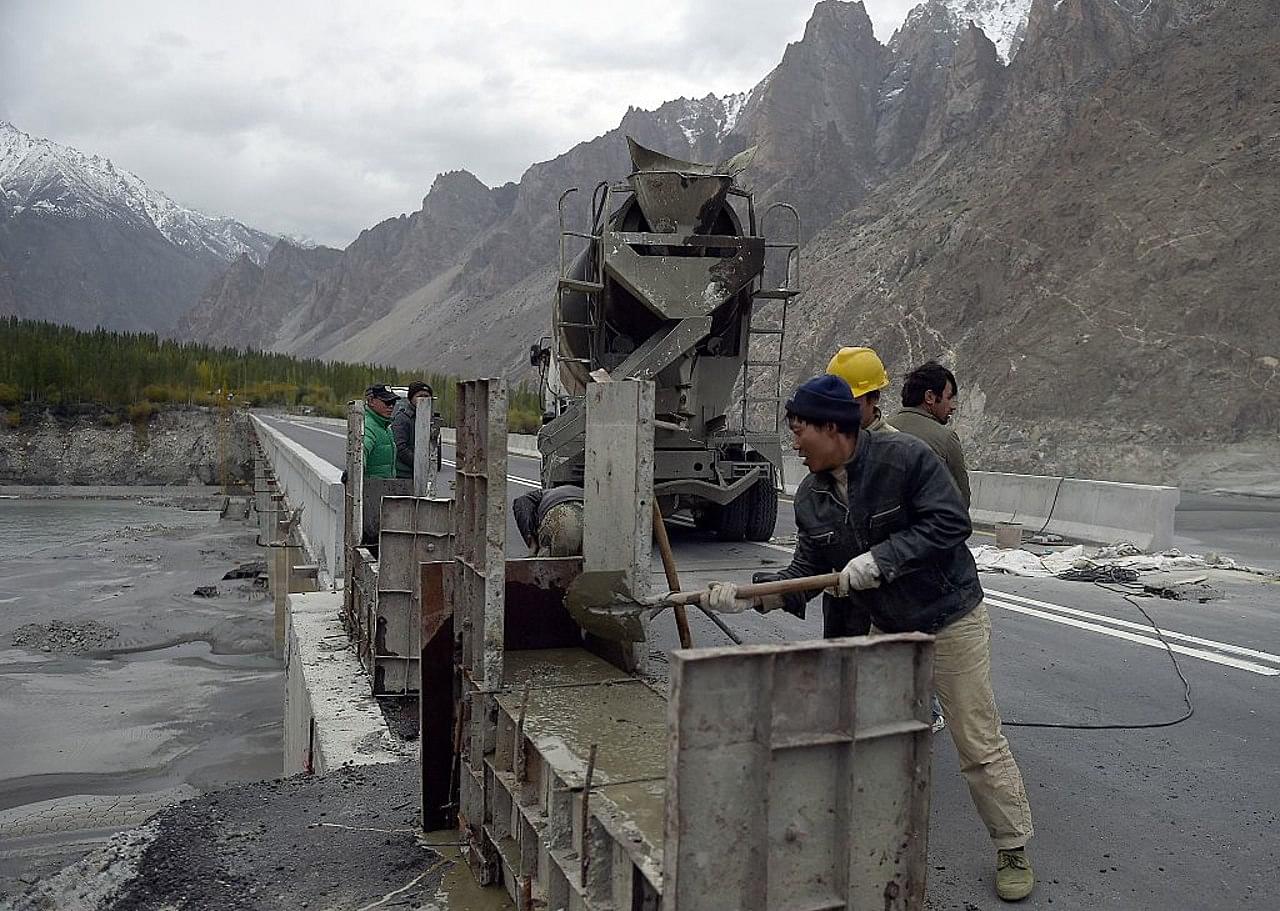 The One Belt, One Road (OBOR) project is a Chinese economic initiative with strategic undertones. OBOR aims to increase connectivity between Europe, Asia and Africa, with China at the helm, by creating multiple economic corridors. The transcontinental dimension of OBOR is represented by the Belt initiative called the New Silk Road Economic Belt, and it consists of roadways, railways, and oil and gas pipelines. The maritime dimension is represented by the Road initiative called the 21st Century Maritime Silk Road, and it consists of a number of ports, connecting China with Europe and Africa.

The flagship project of OBOR is the China Pakistan Economic Corridor (CPEC), which is a 2,700-kilometre highway that would stretch from Kashgar to Gwadar. Gwadar port, under CPEC, is one of the points of intersection between the Road and the Belt. CPEC consists of two major packages: transportation and energy.

Transport-wise, CPEC aims to invest US$ 12 billion to build a rail link connecting Gwadar port in Pakistan with Kashgar city in China, building road connectivity between the two countries, and upgrading Gwadar port as well as a number of existing highways.

On the energy front, $ 34 billion are to be invested to add 10,400 megawatts of power generation capacity using coal, wind, solar and hydel energy plants, pipelines to transport oil and gas to Kashgar, and for completion of the Iran-Pakistan gas pipeline.

Why CPEC for Pakistan?

Pakistan is facing a number of political, economic and social crises, and its home-grown terrorists are turning inwards. Slow economic growth, deteriorating civil-military relations after the Panama leaks, and the US revisiting its support policy towards Pakistan has threatened the future stability of the country.

The bilateral trade increased from $1 billion in 2001 to $16 billion in 2014.5 But Pakistan has been unable to utilize the advantages offered by the FTA, mainly because of Pakistan’s inability to seek favourable conditions and working on them to its favour. As a result, Pakistan has been growing at a slower rate of around 4-5percent and, with the slowdown in Chinese economy, maintaining this growth rate could also become a challenge.

Like China, Pakistan wants rapid economic growth to divert citizens away from the state’s failures. The CPEC initiative thus provides an economic boost by inking around $46 billion in development deals, which is equal to all the foreign direct investment inflows into Pakistan since 1970 combined and is nearly six times the $7.5 billion US aid package. The revival of the Karakorum Highway and creation of new roadways, railways and pipelines is expected to have a multiplier effect on the economy.

On the security front, Pakistan is facing an insurgency in the Balochistan province, where Gwadar port is located. It is hoped that CPEC will boost development in the region, and will eventually help in quelling insurgency. China has claimed that CPEC will end unemployment in the Balochistan province. Similarly, Pakistan’s government has linked CPEC as a major initiative for reducing poverty and unemployment which, in turn, will boost development and reduce insurgency.

Why CPEC for China?

The global economic slowdown has adversely affected the Chinese export-based economy and an enormous amount of capital and construction material is lying under-utilized in China. OBOR, as part of “Made in China 2025,” wants to utilize this massive economic capacity and facilitate export of skilled and semi-skilled surplus labour to these areas.

OBOR will also aid in the development of the under-developed western provinces in China like Sichuan, Gansu and Yunnan. Many see OBOR as China’s response to the emerging US-led mega-trading agreements like the Trans-Pacific Partnership (TPP) and the Transatlantic Trade and Investment Partnership (TTIP).

The CPEC initiative also has a security outlook from the Chinese point of view. China has been troubled by the violence perpetuated by the ethnic Uighurs in its Muslim-dominated, north-western Xinjiang region. China is worried about the increasing collaboration between the Uighur militants and the members of Pakistan’s Taliban. The East Turkestan Islamic Movement (ETIM), operating mainly from North Waziristan, has been responsible for the death of hundreds of Chinese. CPEC will foster development in these insurgency-affected regions and will also improve goodwill for the Chinese.

The CPEC deal gives the Chinese 40-year operation rights to Gwadar port. This will shorten the route for oil coming from the Middle East by around 6000 miles or 10 days. It will significantly enhance Chinese presence in the Indian Ocean by providing them with direct access and it will help China protect its trade passing through the Indian Ocean.

India accounts for merely 2 percent of global trade and this share is unlikely to increase much with the ongoing stalemate in WTO. The emerging trend is of multilateral groupings which are based on norms more stringent than WTO. India is not invited to join either the TPP or the TTIP. India is looking to join the Regional Comprehensive Economic Partnership (RCEP) and APEC. All this means is that, whichever group India joins, it will have to make some compromises. India should look at CPEC with the same outlook and then decide its approach.

Looking at the CPEC corridor from an economic perspective, CPEC offers a huge potential in terms of leveraging connectivity due to India’s unique geographical position. India can use CPEC to increase its access to the Middle Eastern as well as the Central Asian countries. The Iran-Pakistan-India pipeline could be constructed under the aegis of CPEC, which can provide it with the requisite funds and geo-political support. China’s Iran railway project is one project which will increase connectivity between India and Iran, an initiative which India has been unable to pursue on its own due to resistance from Pakistan. Connecting CPEC with the International North South Transport Corridor can further gravitate an economic power shift from the US-EU axis to an Asia-EU axis, which will immensely benefit India.

Strategically, India needs to be cautious about joining CPEC as it passes through the China-annexed parts of Jammu and Kashmir, and joining it can weaken India’s claim over these territories. India does not have the option to sit in isolation because that will further increase Chinese influence in Pakistan as well as in the Middle East and Central Asia. Increased cooperation between Russia and China, under the auspices of CPEC, can further distance Russia away from India and bring it closer to Pakistan, which is a potentially troubling scenario for India.

The solution to the CPEC conundrum lies in the way China engages with India. At the Raisina Dialogue, India favoured the approach of increasing connectivity through a consultative process, rather than unilateral approaches. India is open to joining CPEC if it is based on a consultative approach. India’s joining of the AIIB provides a framework in which India inserted a clause stating that projects being financed in the disputed regions are required to have agreements from the disputant parties.

This way India can work on those components of CPEC which foster its connectivity with major markets and resource centres. China has been open to integrating CPEC with India’s Project Mausam.  India’s Digital India and Make in India initiatives will also get a boost with such an integration. Economic cooperation can be decoupled from the boundary tensions, as has been the case with rising trade between India and China, in spite of the growing border tensions between the two.

India also needs to focus its limited resources on building up its offshore assets, building up its ports, and developing its islands. India is not seeking global parity with China, but it is more interested in being the dominant player in the Indian Ocean Region. India should develop the Andaman and Nicobar Islands by creating them into a major entrepot. India also needs to develop the military potential of the islands and should invite cooperation from Japan and USA in this regard. Other projects which need to be developed are the Mekong-Ganga corridor and BCIM.

Merely remaining a bystander of the CPEC project will help no one here. India does not have the capacity to obstruct the CPEC project and such an approach will further increase confrontation with its two neighbours and also hurt its global image. India should, thus, join the CPEC initiative in a graded manner. While continuing to harness the benefits of the CPEC, India should also continue stating that parts of the CPEC go through Indian territory.

Diplomacy is not a zero-sum game and there are no permanent friends or enemies but only permanent interests. India needs to work together with all the actors to secure its interests. The CPEC initiative posits a complex problem, but manoeuvring it skilfully will yield proportionate rewards.

12. Tanvi Madan, March 2016.What India thinks about China’s One Belt, One Road initiative (but doesn’t explicitly say). Available from http://www.brookings.edu/blogs/order-from-chaos/posts/2016/03/14-india-china-asia-connectivity-madan. Accessed on 30 April 2016.

Abhineet Singh is an Electronics and Telecommunication graduate with a strong interest in geopolitical matters.