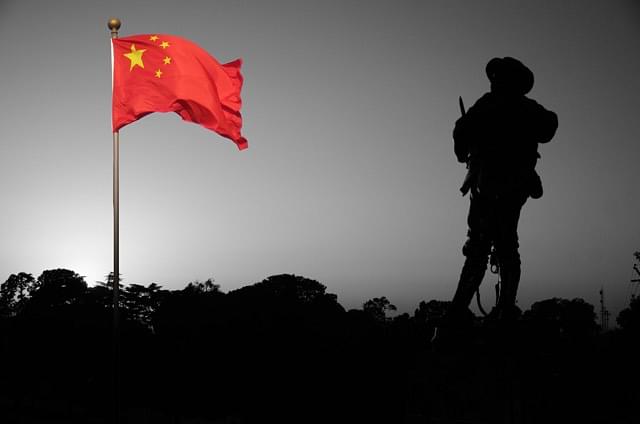 A Chinese state-run newspaper has launched a ferocious attack on the United States, threatening it with a possible nuclear showdown.

The editor of the Chinese government’s mouthpiece newspaper the Global Times said that enhancing China’s nuclear program has become vital to the country’s “strategic deterrence” against the United States.

The threatening op-ed comes at a time when protests in Hong Kong and Taiwan, as well as the accusations against China for being engaged in the genocide of Uighur Muslims and the Covid-19 pandemic, are showing deeper divisions in an already tense relationship between both countries.

The Global Times editor, Hu Xijin, wrote: “We must be prepared for an intense showdown between China and the US.”

“The number of China’s nuclear warheads must reach the quantity that makes US elites shiver should they entertain the idea of engaging in a military confrontation with China,” the 27 May op-ed added.

He advocated for "rapidly" increasing the number of commissioned nuclear warheads, DF-41s, an intercontinental ballistic missile and strategic missiles which are capable to strike “long-range”, with “high survivability”.

Both the countries have been sparring over several issues, including the coronavirus pandemic.

In the past week, President Joe Biden ordered the intelligence agencies to conduct an intense investigation on Covid-19 origins and asked for a report within 90 days.

Along with the United States, the United Kingdom's intelligence agencies also denied ruling out the possibility that the SARS-CoV-2 somehow escaped from the Wuhan Institute of Virology — a notion that Chinese authorities have dismissed several times.

The World Health Organization (WHO) sent experts to China to investigate the origin mystery but the final report has not given any conclusive answer to the questions as Chinese authorities strategically restricted access to crucial Covid-19 information.

Chinese human rights activist Jennifer Zeng translated the Weibo post which reads: “Given the intensifying US strategic containment of China, I would like to remind once again that we have many urgent tasks, but one of the most important is to keep rapidly increasing the number of nuclear warheads and strategic missiles like the Dongfeng 41 with extremely long-range and high survival capabilities.”

The editor of the Chinese news outlet also wrote on social media: “This is the cornerstone of China’s strategic resilience against the United States.”

“Our nuclear missiles must be so numerous that the US elite will tremble at the thought of military confrontation with China at that time,” he added.

“As US hostility toward China continues to burn, we need to use our strength and the unbearable risks they would face if they took the risk to force them to remain calm,” the post warns.

Even though considering the secrecy issues of the Chinese Communist Party (CCP), it is hard to know the exact size of China’s nuclear stockpile, as of January 2020, according to Statista, it has produced more than 300 nuclear warheads, while the number for the US is 5,800.

A report by Hans Kristensen, the director at the Nuclear Information Project at the Federation of American Scientists and Matt Korda, a research associate at FAS, also confirmed that China has 350 nuclear warheads.

Both Kristensen and Korda concluded this number after counting both operational warheads and newer weapons which are “still in development”, reported Defense News.

It was also revealed that an estimated 272 out of 350 warheads in the People’s Liberation Army (PLA) are operational — that includes 204 land-based missile warheads, 48 submarine-launched warheads and 20 aircraft-delivered gravity bombs.

A 2018 report by The Diplomat claimed that China was developing and flight-testing a nuclear-capable air-launched ballistic missile (ALBM) along with a new long-range strategic bomber to deliver it.

After conducting an assessment on the PLA, the American government found that China had carried out five flight tests — the first test in December 2016 — of the unnamed missile dubbed CH-AS-X-13.

Although compared to the United States and Russia, China doesn’t possess a vast covert nuclear arsenal, there are still several reasons to be concerned about its nuclear forces.

The development of more mobile and survivable missiles, as well as the realization of a complete nuclear triad of land-air-sea-based delivery systems, will expand China’s nuclear policy options.

Additionally, China is reportedly working on a space-based early warning system that could support a move to a launch-on-warning posture.

A report said: “China intends to increase the peacetime readiness of its nuclear forces by moving to a launch-on-warning posture with an expanded silo-based force.”

The country also has the world’s largest and most sophisticated array of conventional, as well as nuclear ground-based ballistic missiles and all these are under the control of the PLA Rocket Force.

According to the Chinese military DF-26 units are rapidly transitioning from conventional strikes to nuclear ones.

Because of the mobility of these systems, nuclear and conventional troops can operate far from home garrisons and in close proximity to one another.

Such technological, organizational and geographic overlap of these systems may make it difficult for the United States to determine which one is nuclear and which system is conventional.