Coke And Sports: When Pullela Gopichand Refused To Advertise A Soft Drink Brand At The Peak Of His Success 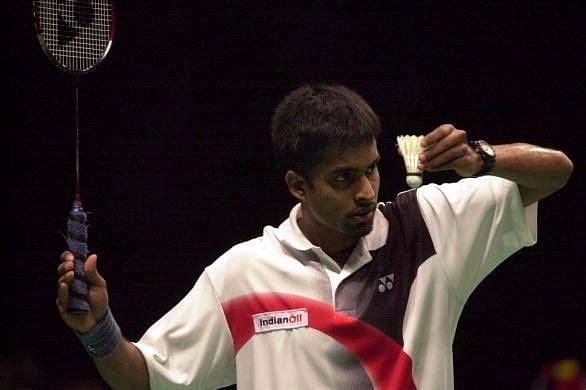 Cristiano Ronaldo’s removal of two Coca-Cola bottles during a press conference at the European Championship has coincided with a $4 billion fall in the share price of the drinks company.

The Portugal captain is a renowned health fanatic and made it clear what he thinks of the carbonated soft drink. The 36-year-old shifted the bottles of Coca-Cola away from him during the press conference in Budapest on 17 June 2021 in the prelude to his country’s Group F game against Hungary.

Coke and Pepsi, archrivals for dominance in the soft drink market globally, have been trying to woo the Indian public particularly the youth by roping in cricketers and other Indian icons as their brand ambassadors.

Ronaldo has been criticised for his hypocrisy — endorsing the Coke brand in his earlier days as a footballer and now denouncing it.

In contrast, India’s badminton icon Pullela Gopichand won applause a couple of decades ago for spurning a soft drink brand’s offer of brand ambassadorship at the peak of his success.

The difference between the two attitudes is stark. While Ronaldo’s belated disavowal of the brand — on the ground that free water does a power of good to one’s health — after having got dollops of dollars for its endorsement smacks of either hypocrisy or peeve, Gopichand’s was principled and unsullied.

Now coming back to the loss of market capitalisation of $4 billion, it must be viewed more dispassionately.

It has by now become almost de rigueur for the media to sing dirge when a government policy change, perceived to be wrong or any other act of anyone at all calculated or otherwise, brings about a fall in the market quotation of a share.

Such chest-beatings are knee-jerk reactions. Markets are known to react both to trivia as well as to profundities. But they are only fleeting as reality sinks in sooner than later.

So much so that what is bemoaned as bloodbath in the market is gotten over quickly the next day.

At any rate, the supposed loss of wealth is notional as not all shareholders dump their entire holdings on the same fateful day. Yes, there is erosion in the notional construct of market capitalisation, which corrects itself soon when sobriety returns.

Therefore, Coke should be more concerned about the possible loss of buyers should they vote with their feet following Ronaldo’s disavowal.

This is unlikely because to the discerning public, the snub was not Coke specific but a condemnation of the entire aerated drinks constellation.

Health freaks and dieticians see no value in their intake. On the contrary, their high sugar content is what makes them denounce them.

Coke and Pepsi are great survivors besides being good at marketing. Riding piggyback on other brands is second nature for them.

For example the McDonald’s chain may offer you free a bottle of Coke or Pepsi along with a meal you pay for. The price of the soft drink is built into the price of the meal.

Anyway, they can count upon pester power to continue their dominance of the market for thirst-quenchers.

Doting parents are vulnerable to the pester power of their children. Indian children fresh from watching their cricketing icons on the screen playing and endorsing soft drinks, ask for and get the same brand.

This is the universal experience of parental helplessness across the globe which makes marketing gurus talk wistfully and fondly of the immense potential of pester power.