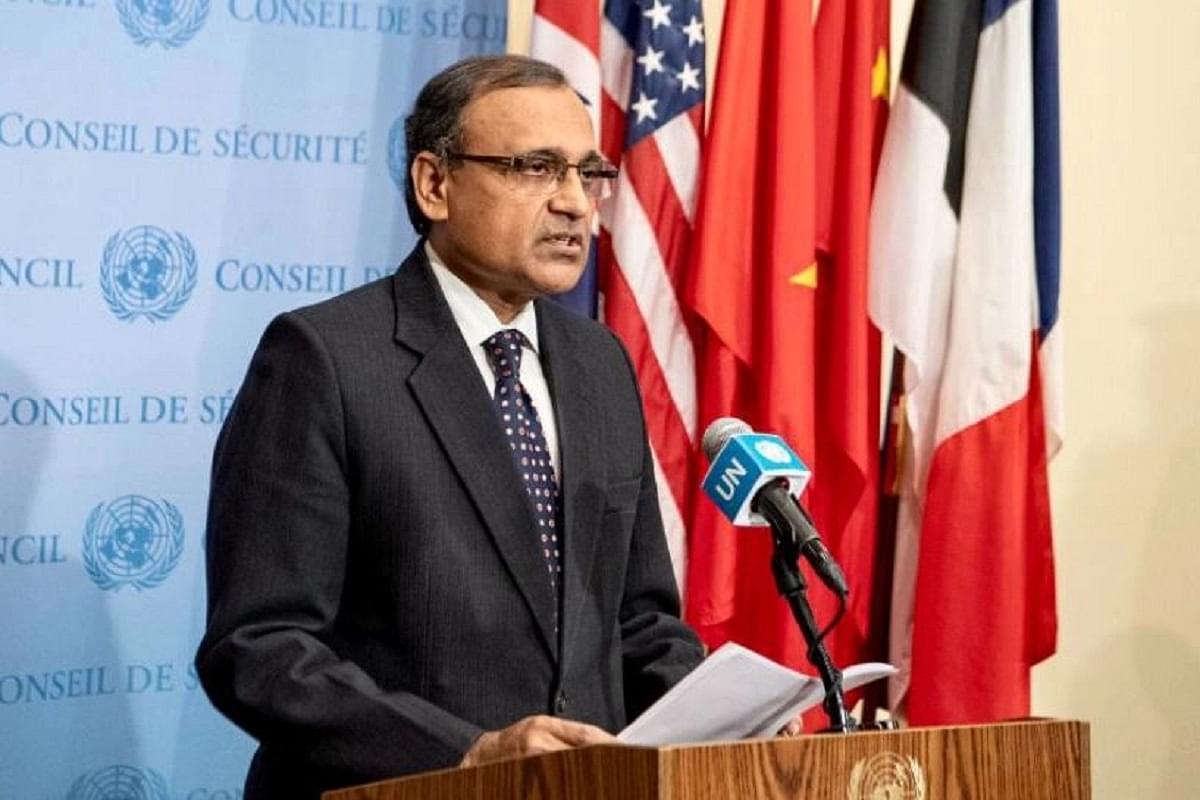 United Nations, Jan 26 (PTI) The ISIL's continued presence and activities in Afghanistan remain a matter of concern as the terrorist group uses “despicable acts” of terror to demonstrate its power and influence in the country and abroad, Chair of the 1988 Taliban Sanctions Committee, Ambassador T S Tirumurti said on Wednesday.

Tirumurti, India’s Permanent Representative to the UN, in his capacity as Chair of the Taliban Sanctions Committee, briefed the UN Security Council meeting on Afghanistan.

He said the Analytical Support and Sanctions Monitoring Team had noted in its 2021 report that ties between the Taliban - largely through the Haqqani Network - and the Al Qaeda and foreign terrorist fighters remain close and based on ideological alignment and relationships forged through common struggle and intermarriage.

“The continued presence of ISIL (Islamic State of Iraq and the Levant) and its activities in Afghanistan remain a matter of our concern. Terrorist attacks have become despicable acts used by this terrorist organisation to demonstrate its power and influence in the country and abroad,” Tirumurti said.

Tirumurti briefed the Council on the work of the 1988 Committee and said that the main goal of the sanctions regime was ultimately to facilitate conditions that promoted dialogue between the Taliban and the Afghan government aimed at ensuring a peaceful and stable Afghanistan.

He said the latter half of 2021 saw consequential change in Afghanistan, with the Taliban takeover of Kabul in August, the concurrent collapse of the government of Afghanistan, and the humanitarian crisis that followed as well as the concern over the eroding of human rights and women's rights.

“These events occurred at a pace few envisioned or expected,” he said.

“Although the events of August 2021 do create a new situation, the need for peace and stability in Afghanistan remains a key goal of this committee,” he said.

The exemption to the ban will be until March 22 this year and was accompanied by a decision on this occasion to grant a limited asset freeze exemption for the financing of exempted travel.

Further, along with the need for discussions to promote peace and stability also comes the need for reporting of activities of the Taliban and those individuals and entities listed under the 1988 Sanctions Regime to ensure compliance with sanctions measures, he said.

Tirumurti noted that on December 22 last year, the Security Council adopted a resolution concerning the need to facilitate the workings of humanitarian agencies and those institutions involved in supporting the resourcing and financing of critical humanitarian relief efforts in Afghanistan.

The Security Council decided that provision of humanitarian assistance and other activities that support basic human needs in Afghanistan are not a violation of the relevant UNSC resolution and that the processing and payment of funds, other financial assets, economic resources, and provision of goods and services necessary to ensure the timely delivery of such assistance or to support such activities are permitted.

Tirumurti said that it is currently assessed by the United Nations that over 30 listed members of the Taliban now occupy senior Cabinet positions in the government and therefore “the Security Council encourages humanitarian providers to use reasonable efforts to minimise the accrual of any benefits, whether as a result of direct provision or diversion to individuals or entities designated on the 1988 Sanctions list.”