CPEC Is China’s Plan To Make Pakistan A Client State, But Latter Will Pay For The Privilege 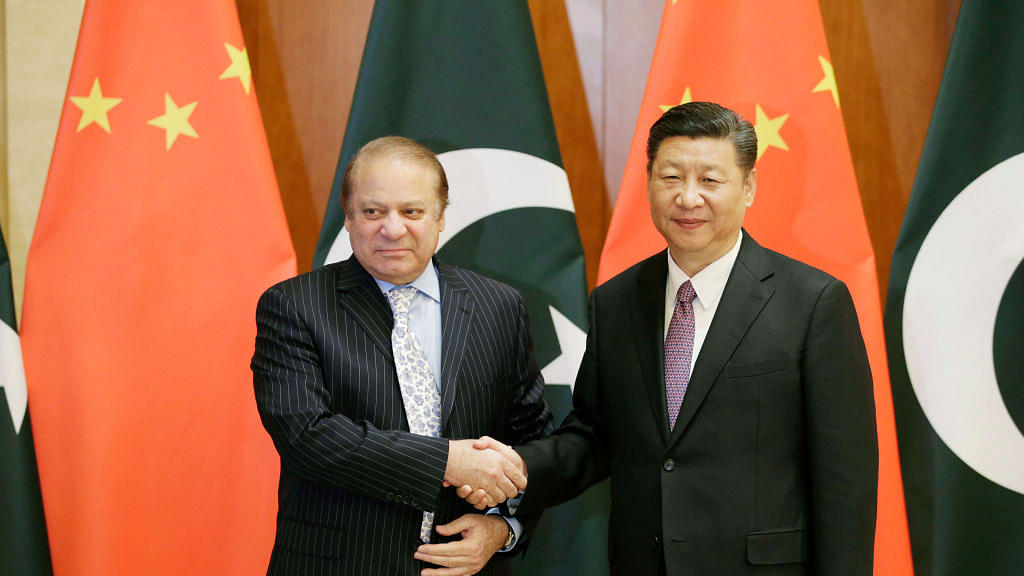 Pakistan’s Dawn newspaper has revealed key details of the China-Pakistan-Economic Corridor (CPEC) which make China’s hidden intentions quite clear: it plans to reduce Pakistan to a vassal state, by promising economic gains to that country in lieu of greater Chinese control of that country’s economic direction. Given the congenital nature of Pakistan’s animosity to India, the chances are it will ultimately buy the Chinese idea. Hate means a willingness to sell yourselves to the devil.

CPEC is not just about building roads and infrastructure, but taking over “thousands of acres” of Pakistani agricultural land for “demonstration projects”, creating a “full system” of monitoring and surveillance for major Pakistani cities from Peshawar to Karachi, and a free run for Chinese propaganda through Pakistani TV, delivered through fibre optics cables.

To quote the Dawn report (read the full story here), “the plan envisages a deep and broad-based penetration of most sectors of Pakistan’s economy as well as its society by Chinese enterprises and culture. Its scope has no precedent in Pakistan’s history in terms of how far it opens up the domestic economy to participation by foreign enterprises. In some areas the plan seeks to build on a market presence already established by Chinese enterprises, eg Haier in household appliances, ChinaMobile and Huawei in telecommunications and China Metallurgical Group Corporation (MCC) in mining and minerals.

“In other cases, such as textiles and garments, cement and building materials, fertiliser and agricultural technologies (among others), it calls for building the infrastructure and a supporting policy environment to facilitate fresh entry. A key element in this is the creation of industrial parks, or special economic zones, which ‘must meet specified conditions, including availability of water…perfect infrastructure, sufficient supply of energy and the capacity of self-service power’, according to the plan.”

In short, the $45-50 billion corridor is about getting China fully embedded into the warp and weft of Pakistan, complete with the ability to control its economy and police its citizens. If the Pakistanis accept the plan in toto – they will choke at some of the proposals, but still buy into it to spite India – it will effectively become China’s economic and political appendage, almost its 35th province/administrative area. China has 34 administrative areas, including 23 provinces, four municipalities (Beijing, Shanghai, and two others), five autonomous zones (Tibet, Xinjiang, and three others) and two special administrative economic regions (Hongkong and Macau).

The surveillance plan clearly relates to Chinese insecurities vis-a-vis the jihadis incubating in Pakistan. China has a sullen and restive Muslim minority population in Xinjiang, which is contiguous to Pakistan-occupied Kashmir, including Gilgit-Baltistan.

The CPEC plan makes this linkage clear, saying the corridor “spans Xinjiang Uyghur Autonomous Region and (the) whole of Pakistan in spatial range.” Xinjiang, though sparsely populated and recently repopulated with Han Chinese to counter-balance the Uyghurs, is twice as big as the whole of Pakistan in terms or area – 1.6 million sq km to Pakistan’s 0.8 million.

In textiles, China sees Pakistan more as a supplier of yarn and coarse cloth, since China anyway dominates the final product – apparel and garments. Xinjiang apparently already have moved up the value ladder in textiles, and China sees no need for Pakistan to compete with it.

“In each field”, says the Dawn report, “Chinese enterprises will play the lead role. ‘China-invested enterprises will establish factories to produce fertilisers, pesticides, vaccines and feedstuffs’, it says about the production of agricultural materials.”

Then, of course, there is Gwadar port itself in Balochistan, which is where one arm of the CPEC will wind up, giving China access to an Indian Ocean port and Gulf oil But details on Gwadar, which faces attacks by Baloch freedom fighters, are sketchy.

The Pakistanis may look at CPEC as an economic project in which they make the gains, but the key lies in China’s self-interest, for the investments are intended to help Chinese infrastructure and other companies negotiate a downturn in the domestic economy. The genius lies in getting the Pakistanis to pay a pretty penny for all this good neighbourly activity.

Thus, while China will provide some free and low interest loans to Pakistan, the latter – federal and state governments - will have to take “part of the responsibility” for raising money through “sovereign-guaranteed bonds, and for “financial guarantees to ‘provide credit enhancement support for the financing of major infrastructure projects, enhance the financing capacity and protect the interests of creditors.’”

Put another way, Chinese infrastructure companies may get the contracts, but most of the bill will be paid by the Pakistanis.

China does not intend to flood Pakistan with its money. Rather, it notes that the Pakistani economy cannot absorb more than $2 billion annually in terms of foreign investment “without giving rise to stresses in its economy.” And the ceiling on preferential loans is just $1 billion.

In short, the $45-50 billion CPEC will substantially be paid for, or borrowed by, Pakistan itself. Only a small part of these billions may actually come from China. With friends like these, does Pakistan need enemies, which it has been busy building in India, Afghanistan and Iran (of late)?

Even if Pakistan turns a sucker in CPEC, for India the stakes remain high. Assuming the Pakistanis willy-nilly sign on the Chinese for the CPEC in the hope of spiting India, we will be faced with a China not only on the northern and eastern borders, but a China-dominated Pakistan on the West.

The CPEC formula gives one a real peek into China’s grandiose $1 trillion OBOR (one-belt, one road) plan to build road and maritime infrastructure through much of Asia, and reaching into Europe and Africa. The hegemonic ambition is entirely Chinese, but the bills will be paid by the Lilliputs China has coaxed into signing on.

So, India’s refusal to participate in OBOR due to sovereignty issues (it passes through Pakistan-Occupied Kashmir) makes sense, and so does its strong statement on OBOR: "We are of the firm belief that connectivity initiatives must be based on universally recognised international norms, good governance, rule of law, openness, transparency and equality. Connectivity initiatives must follow principles of financial responsibility to avoid projects that would create unsustainable debt burden for communities; balanced ecological and environmental protection and preservation standards; transparent assessment of project costs; and skill and technology transfer to help long term running and maintenance of the assets created by local communities.”

By implication, India is saying that we are more reasonable partners than China. Not without reason.

For the moment, though, our main worry should be a China-embedded Pakistan.