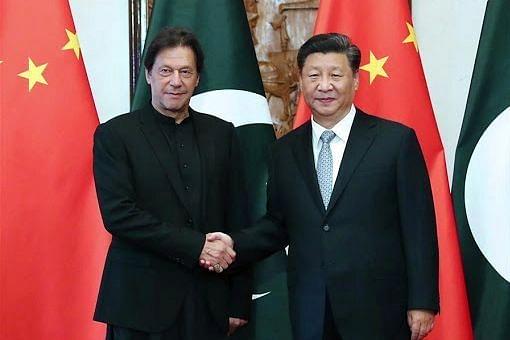 A new book by the well-known academic Kanti Bajpai, India Versus China: Why They Are Not Friends, shows how critical it is for India to construct a new geopolitical doctrine.

Bajpai, a former headmaster of Doon School, like most members of the old, entitled elite, views India through a fog-encrusted prism.

In an article for The Indian Express on 24 June 2021, Bajpai writes with a funereal air: “In no conversation about international affairs, regional geopolitics, global and Asian economy and technology, and even contemporary culture (art, music, literature, fashion) is China absent. The same cannot be said for India. You can’t have soft power if you’re not even in the conversation.

“China evokes awe; India evokes silence, a polite shake of the head, or exasperation. Classical India may stand head-to-head with classical China in the regard it garners, but contemporary India has been left a distance behind. Until we recognise that, we can’t do much about it.”

That encapsulates everything that’s wrong with our strategic thinkers. Fatalists like Bajpai, Pratap Bhanu Mehta, Kaushik Basu and others seek a problem in every solution, not a solution for every problem. Typically, the flood of articles in the Indian media “celebrating” the 100th anniversary of the Chinese Communist Party (CCP) on 1 July 2021 glosses over the CCP’s toxic record of human rights abuse and extra-territorial aggression.

The government must leverage India’s hard and soft power and build a coherent geostrategic policy architecture. Hard power comprises economic and military strength —and the ability to project both. Past governments have been reluctant to do so.

The Narendra Modi government, after a slow start, has over the past few years begun building infrastructure — roads, bridges, tunnels and military bases — along the Line of Actual Control (LAC) with China to demonstrate intent. Redeploying 50,000 additional troops to face the People’s Liberation Army (PLA) on the LAC is another welcome sign of intent.

This will give India’s battle-hardened armed forces — veterans of fighting Pakistan-sponsored terrorism and infiltration for 32 years — an edge in any conflict with China. Beijing has built major infrastructure, including permanent military bases, on its side of the border but disingenuously says India shouldn’t do the same.

China did not expect India to stand up to it, eyeball-to-eyeball, along the border in eastern Ladakh for over a year, block Chinese tech giant Huawei from India’s 5G rollout, and put restrictions on investments in India by Chinese companies. The message to China is clear: it won’t be business as usual.

The recent thaw in relations with Pakistan, following a ceasefire on the Line of Control (LoC), was partly a result of Pakistan’s calculation that it needed time to regroup economically and strategically before resuming terror operations.

It has now begun to do precisely that with its failed drone attack on Jammu air base. India’s military ability to checkmate China on the LAC, has, however, given Islamabad cause for concern over the changing balance of power in the region.

Indian policymakers have long had a timid approach to international affairs. That must now change. Indian leaders must increasingly — and boldly — prepare for a G3 world order of the three largest future global economies: the United States, China and India.

While China seeks a G2 power structure with the US, both Beijing and Washington know that India’s growing economic and military power, along with a potential marketplace of one billion consumers, makes it an indispensable ally — and a dangerous enemy.

Chinese President Xi Jinping’s charm offensive with Prime Minister Narendra Modi in September 2014, when he shared a swing with Modi in Ahmedabad overlooking the Sabarmati riverfront, has long dissipated.

Beijing has tried to use threat, coercion and occasional diplomacy to keep India out of America’s geopolitical orbit. That plan has unravelled as developments in eastern Ladakh have shown.

The US and a coalition of democracies in the West and in East Asia see India as an essential part of a global mechanism to counter communist China’s bellicosity. India lies at a strategic point in the arc between the Arabian Sea, Indian Ocean and South Pacific Sea.

As a balancing pivot between the US and China, India holds a geopolitical advantage it has so far not fully leveraged. Significantly, on taking office, US President Joe Biden held one of his first virtual conferences with the leaders of the QUAD, a grouping of India, Japan, Australia and the US.

Britain has meanwhile sent its largest aircraft carrier, HMS Queen Elizabeth, to the Indian Ocean to show solidarity with the Indian Navy and other maritime states in the region.

India must now start thinking a decade ahead with a G3 mindset. It has important economic, military and financial strengths that policymakers have not deployed. India’s messaging too remains rudimentary.

China controls the narrative. Indian journalists have in the past been taken on choreographed tours of China and asked to write complimentary articles on Beijing’s technological accoutrements, ignoring its atrocities in Xinjiang and the clampdown on dissent in Hong Kong and Tibet.

To be a rising power, India must act, and speak, like one.