Despite Debate “Loss”, Trump Is The Last Man You Can Afford To Write Off 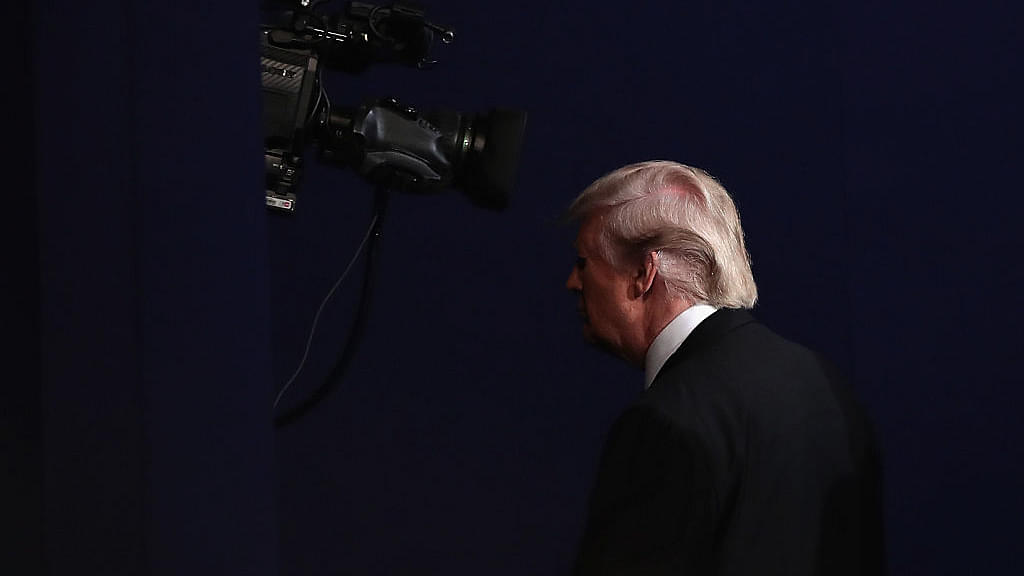 The most interesting thing about the US presidential debate on 26 September between Donald Trump and Hillary Clinton is not who won or who lost, but who thinks Trump won and who thinks Clinton did. If someone thinks somebody won not because of what actually happened in the debate, but inspite of it, it is indicative of strong underlying political polarisation.

This much is evident from the results of the post-debate polls. While the CNN-ORC poll showed a 62-27 tilt in favour of Clinton, an outcome which most liberal sections of the media agreed with, the online polls showed an entirely different outcome: with Trump winning hands down. Online polls by Fox News, Time, CNBC, Fortune, Breitbart and Drudge Report all showed Trump far ahead of Clinton. A Vox report on the polls had this to say: “Trump is going on unscientific online polls, which don’t have any controls to make sure they are actually representative of American voters. Clinton’s claim (of a win) relies on more rigorous scientific polls – like those of CNN’s – that apply controls to try to be representative of US voters.”

Since Vox is usually on the Left-Liberal side of the spectrum, this is a bit rich, but not necessarily wrong. What the online polls may be showing is the same thing that Indian social media reflects: the dominance of a significant opinion stream that is excluded from mainstream media. Put another way, while the mainstream polls on the Trump-Clinton debate reflect what the mainstream media thinks is “unbiased” opinion, the online polls are weighted in the other direction – a self-selecting substantial minority of the excluded. It is this minority that is rooting for Trump, and giving him the momentum, never mind what happens in the debates. This silent, but significant, minority is unwilling to concede defeat to Clinton. It means Trump’s constituency is rock solid. It reflects the will of the excluded.

One should also take the so-called “unbiased” polls with a dash of salt. They may have polled the right people in the right numbers, but the chances of a marginal Trump supporter actually saying he will vote for Trump are lower than the possibility of a marginal Clinton supporter saying she will vote Clinton. The reason is simple: Trump has been demonised so much, the votes in the middle will be chary of identifying with him. So the mainstream polls could also be under-representing the Trump vote.

Whether this is enough to get Trump over the hump on 8 November is another matter, but this sharp polarisation even on a verifiable outcome in the debate tells us something about how deeply America is divided.

Trump is the candidate of the old, white America in the middle of the USA, a solid block of Red (Republican states) that excludes long strips of Blue (Democrats) hugging the two coasts (see electoral map) on both sides of the Red middle. These whites, left behind by the knowledge revolution and globalisation, have seen incomes stagnate and jobs evaporate.

Map taken from this piece at Real Clear Politics

But Trump’s protectionist rhetoric also resonates with many other Blue state Americans who see a future threat to jobs from increasing automation and trade protocols. In a sense, Trump transcends the traditional Democrat-Republican divide, and is equally disliked by traditional Republicans and Democrats.

Put differently, Trump represents the under-represented and the unheard, the outsider whom many voters want to send to Washington to overthrow the establishment. This is why his vote is so sticky, even if it ultimately does not take him past 270 in the electoral college. This is why his uncouth talk does not matter to his constituency, for they see in this not bad manners, but someone willing to speak what is politically incorrect, someone willing to speak the unvarnished truth to power.

Whether he wins or loses, Trump will have changed America, for no future candidate, from Left or Right, can ignore such a large constituency.

In a sense, Trump has already won the larger debate. For he is the one setting the agenda, not Clinton or the Democrats. Or the Republicans.

So, warts and all, it would be foolish to discount the possibility of a Trump victory on the basis of one half-poor showing in the first presidential debate – a judgment passed by a people who are not on Trump’s side.