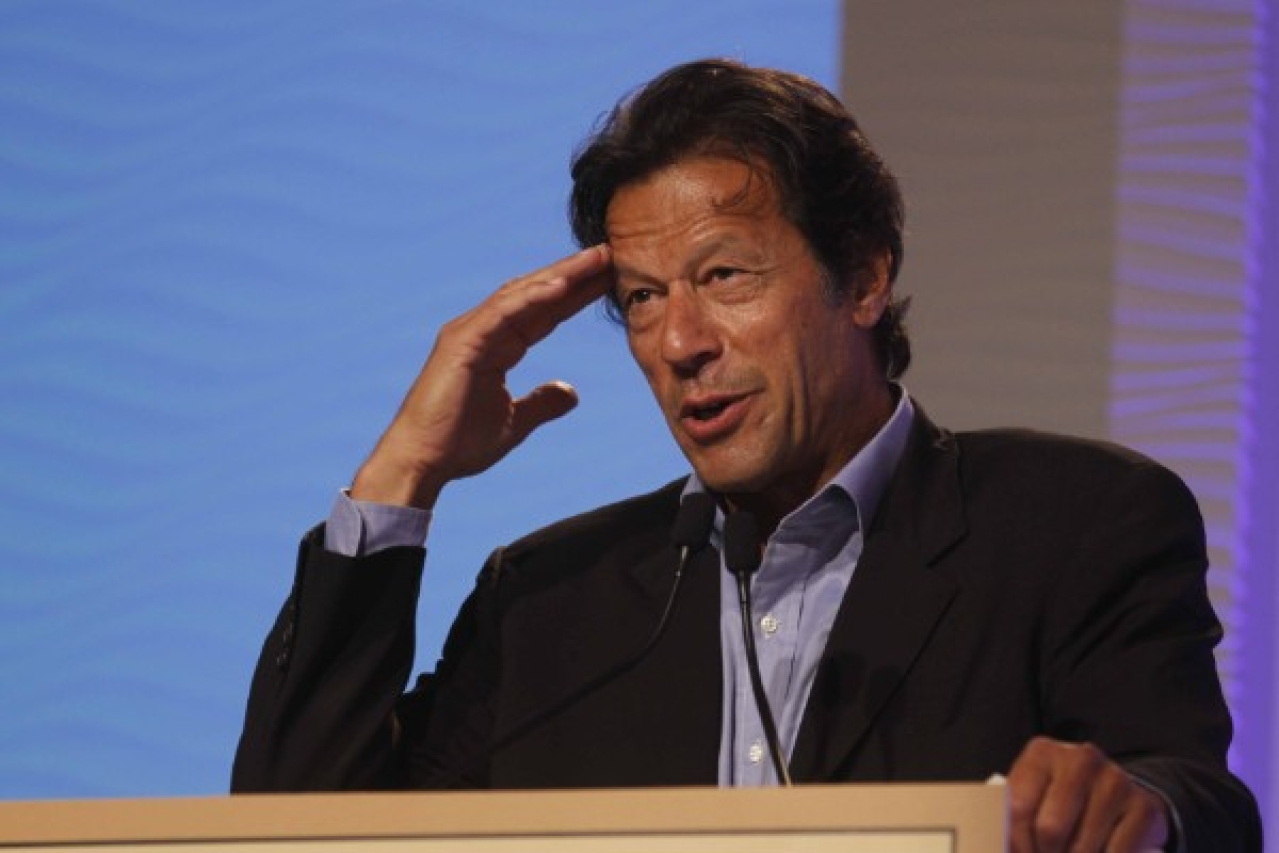 Bad guys have a big advantage. At the slightest reduction in their perceived level of badness, the world is so relieved that it imagines a complete change of heart on his part that is worthy of eloquent praise. A bad guy doing nine bad things will be praised for the one good thing he may do, while a good guy doing one bad thing and nine good things will be excoriated for that one deviation from the norm. Deviation is what gets noted, not the underlying reality of the norm.

Thus, for merely releasing an Indian pilot, pseudo-liberals said that Imran Khan deserved the Nobel peace prize. Yesterday (5 March), he again got sky-high praise for removing a minister who had demonised Hindus. The minister, Punjab Information Minister Fayyaz Chohan, was asked to quit, but this was the optical exception that hid two bigger bigots in plain sight. They got away with murder.

Khan’s party managed to claim the high ground by tweeting: “Bashing someone's faith should not be a part of any narrative. Tolerance is the first & foremost pillar on which #Pakistan was built.”

Ho-hum. This will be news to any Hindu in Pakistan, many of whom have been overstaying their tourist visas in India, fearing what awaits them on return. But note the radio silence over two ministers in Imran Khan’s own ministry, who said worse things than Chohan.

Soon after Balakot was bombed by the Indian Air Force, Pakistan’s Minister of State for Parliamentary Affairs, Ali Muhammad Khan, was seen on Geo News promising Ghazwa-e-Hind, an Islamic takeover of India. And his Railways Minister Sheikh Rashid went further, promising that temple bells will stop ringing if India attacks Pakistan. “If anyone will stare at Pakistan with an evil eye, his eye will be gouged out, and then no grass will grow, no birds will chirp, and no bells will sound in temples, as Pakistan is that bastion of Muslims that Muslims from the world over look up to.”

To attack your own Hindus for something India may do to Pakistan is nothing but conflating India with Hindus.

Quite clearly, the Punjab minister was sacrificed to maintain the narrative of Khan as a peacenik, when no such thing has been done to silence the anti-Hindu rhetoric of two ministers in his own cabinet.

A broader point also needs to be made. A country’s tolerance cannot be measured by how well its minuscule minorities are treated, but how well its bigger minorities are treated. In India’s case, it is not how we treated the Parsis or Jews that is important – they were too small to threaten our innate sense of identity – but how we treat Muslims. We have some way to go here, but compared to Pakistan or any Muslim country in the world, not to speak of China, Russia or any other country outside the US and EU, we have done multiple times better.

The occasional words of tolerance for the petrified, dhimmified and intimidated minuscule minority of Hindus in Pakistan do not amount to tolerance at all. Even if Pakistan’s 1 per cent Hindus were militant types, Pakistan would face absolutely no threat from them, but they are still a violated minority. They are killed, raped and abducted by Islamist elements even when they pose no threat to anybody.

In Kashmir, a minuscule minority of Pandits was driven out of the Valley, thus making the Valley almost completely Muslim.

True tolerance can be appreciated only when your biggest minorities are treated fairly, not just your tiniest ones. Pakistan is nowhere near achieving this level of tolerance, leave alone acceptance of its minuscule Hindu minority.

There is no need to applaud token actions against the Punjab minister who targeted Hindus as piss-drinkers. It was the exception that proved the rule. After all, the Kashmiri jihadi Adil Ahmad Dar killed more than 40 CRPF jawans in Pulwama in a suicide attack against piss-drinking Hindus.

Even in Imran Khan’s case, the hand of friendship he has offered Narendra Modi may be unrelated to his real view of India’s Prime Minister. According to Frank Huzur, who wrote a biography of Imran Khan (Imran Versus Imran), Modi “nauseated” him. The book reports an incident from 2006, where both Khan and Modi were on the same stage at a public event. “When Imran saw Modi, a feeling of nausea hit him as he took his seat on the panel. It was overpowering and worsened when, to his dismay, he noticed Modi sprinting towards him… The Gujarat Chief Minister stood right in front of him, and Imran tried to look away, but Modi wasn’t deterred. He took Imran’s hands and shook them warmly….”.

This is what Khan thought of Modi then. Why should one believe that he wants to shake those same hands in friendship, unless circumstances are forcing him to do so?

Imran Khan today is unlikely to have turned over a new leaf, except for the simple fact that when you are in power, you need to be politically correct. So, his party’s claim that “Tolerance is the first & foremost pillar on which #Pakistan was built” is a joke. Bigotry begins from the top.

Jagannathan is Editorial Director, Swarajya. He tweets at @TheJaggi.
Get Swarajya in your inbox everyday. Subscribe here.
Tags:
476 Shares