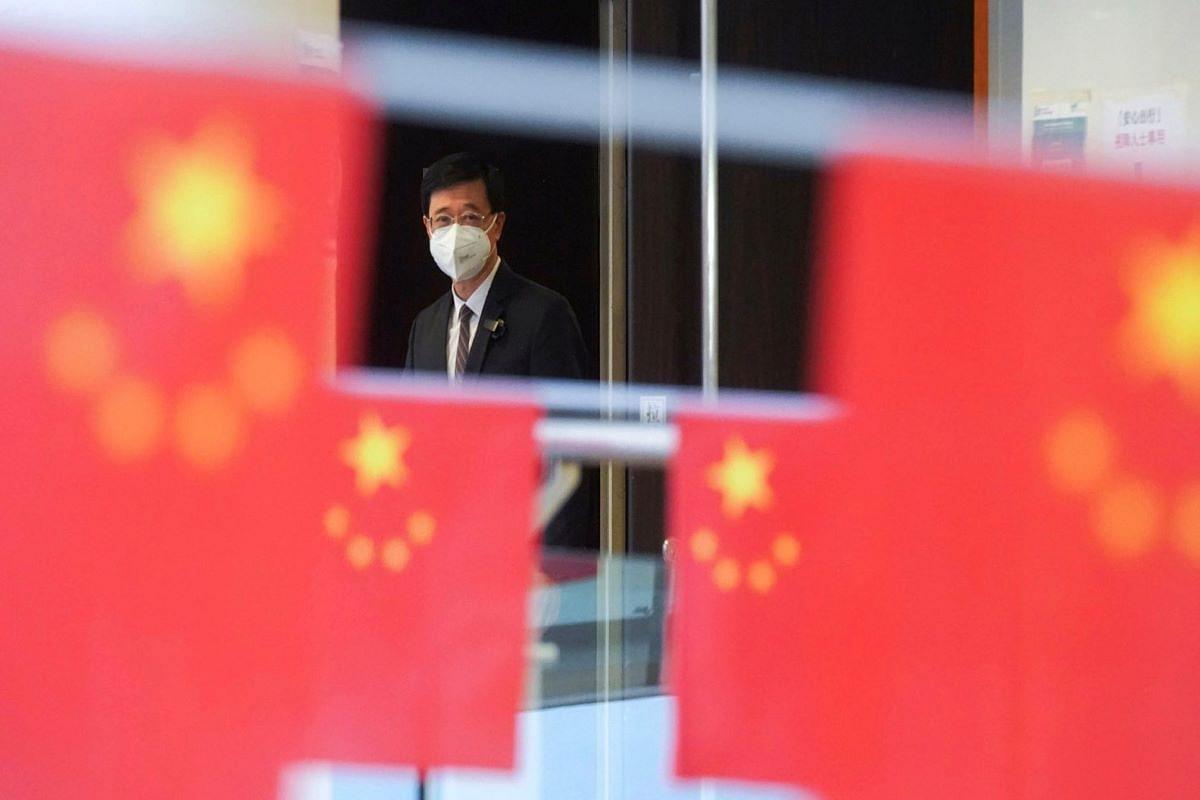 John Lee, a former police cop -turned-bureaucrat, who played a key role in the crackdown launched on the pro-democracy movement, was elected as the chief executive of Hong Kong.

Lee will takeover as the chief executive on July 1

Lee secured 1,416, or 99.2 per cent, of 1,428 valid votes cast by an Election Committee predominantly comprising members who CCP apparatchiks carefully vetted in Beijing. Electoral laws were changed to ensure that only “patriots” loyal to Beijing can hold office

“With loyalty and perseverance, I shall undertake this historic mission and shoulder this responsibility to unite and lead the 7.4 million Hong Kong people to start a new chapter together,” he said, as chief executive-elect.

Lee succeeds incumbent Carrie Lam whose tenure was marked by pro-democracy protests, a crackdown on dissent and multiple waves of Covid-19 pandemic that posed serious challenge to the city-state's health infrastructure. Lam often incurred the wrath of leaders in Beijing for her inability to control protests in Hong Kong. She also faced flak for not delivering on zero-Covid policy goals of Chinese government.

The 64-year-old Lee also promised to strengthen Hong Kong's global role and competitiveness. The city's GDP contracted 4% in the first quarter. Hong Kong is perceived to have lost some part of its stellar reputation as a global finance and business centre with Western-style freedoms.

In clearest indication of his alignment, Lee indicated that reopening the border with the mainland remained a priority.