Expect The Unexpected: A Much-Needed Lesson For The US Political Establishment 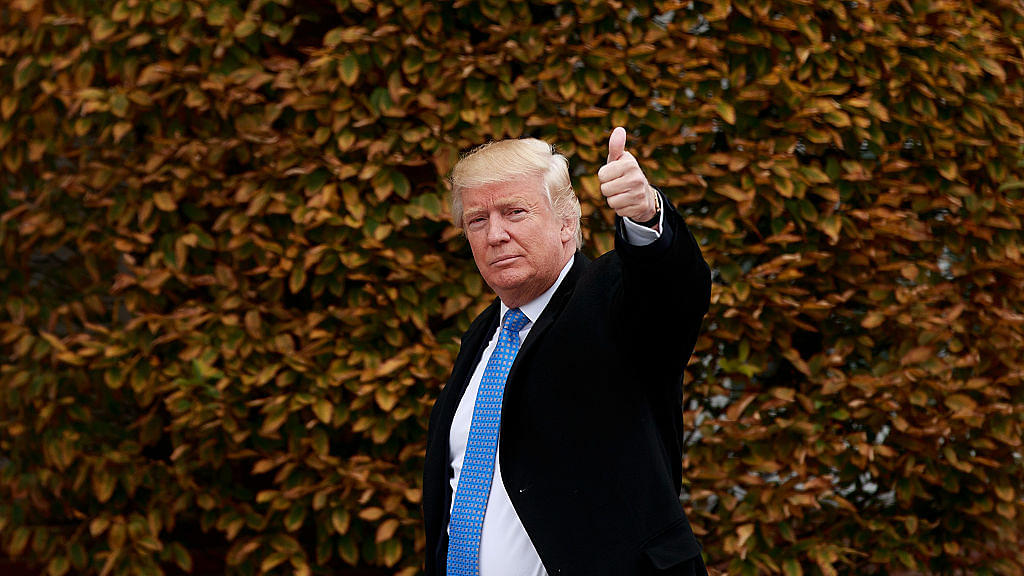 In my younger years, my mother tried to manage my expectations in the maddening way that mothers do. Whenever I was worked up at the prospect of some unwanted turn of events, she’d reliably intone: “always expect the unexpected.”

In 2016, that folksy translation of Heraclitus could have stood rather more mention than it received, particularly among the Washington establishment. That Hillary Clinton would win seemed self-evident to the ruling class, with even the most cautious of the major vote predictions – Nate Silver’s comparatively staid map at FiveThirtyEight – giving Clinton an overwhelming shot at victory.

But now, Election Day is come and gone and that same elite will have to work with the most unexpected president of all, Donald J Trump.

How that will shake out is difficult to predict, but in the meantime, there is a clear lesson here for Washington in general and the foreign-policy establishment in particular: you don’t know as much as you think you do.

This unadmitted ignorance was previously displayed for those with eyes to see it in the Libya debacle, perhaps not coincidentally Clinton’s pet war. Cast by the Obama White House as a surgical display of “smart power” that would defend human rights and foster democracy in the Muslim world, the 2011 Libyan intervention did precisely the opposite. There is credible evidence that the US-led NATO campaign prolonged and exacerbated the humanitarian crisis, and far from creating a flourishing democracy, the ouster of strongman Muammar Qaddafi led to a power vacuum into which Islamic State and other rival unsavouries surged.

The 2011 intervention and the follow-up escalation in which we are presently entangled were both fundamentally informed by “the underlying belief that military force will produce stability and that the U.S. can reasonably predict the result of such a campaign,” as Christopher Preble has argued in a must-read Libya analysis at Politico. Both have proven resoundingly wrong.

Before Libya, Washington espoused the same false certainty in advance of intervention and nation-building in Iraq and Afghanistan. The rhetoric around the former was particularly telling: we would find nuclear weapons and “be greeted as liberators,” said Vice President Dick Cheney. The whole thing would take five months or less, said Defense Secretary Donald Rumsfeld. It would be a “cakewalk.” As months dragged into years of nation-building stagnation, the ignored truth became increasingly evident: the United States cannot reshape entire countries without obscene risk and investment, and even when those costly commitments are made, success cannot be predicted with certainty.

Nearly 14 years later, with Iraq demonstrably more violent and less stable than it was before US intervention, wisdom demands we reject Washington’s recycled snake oil.

Recent polls (let alone the anti-elite backlash Trump’s win represents) suggest Americans are ready to do precisely that. But a lack of public enthusiasm has never stopped Washington from hawking its fraudulent wares – this time in the form of yet-again unfounded certainty that escalating American intervention in Syria is a sure-fire solution to that beleaguered nation’s woes.

We must not let ourselves be fooled. Rather, we “should understand that we don’t need to overthrow distant governments and roll the dice on what comes after in order to keep America safe,” as Preble, reflecting on Libya, contends. “On the contrary, our track record over the last quarter-century shows that such interventions often have the opposite effect.”

And as for the political establishment, let Trump’s triumph be a constant reminder of the necessity of expecting the unexpected and proceeding with due (indeed, much overdue) prudence and restraint abroad. If Washington so grossly misunderstood the direction of its own heartland – without the muddling, as in foreign policy, of massive geographic and cultural differences – how naïve it is to believe that our government can successfully play armed puppet-master over an entire region of the world?

Bonnie Kristian is a fellow at Defense Priorities. She is a weekend editor at The Week and a columnist at Rare, and her writing has also appeared at Time, Politico, Relevant, The Hill, and other outlets.