Explained: Real Cause For The Hong Kong Unrest 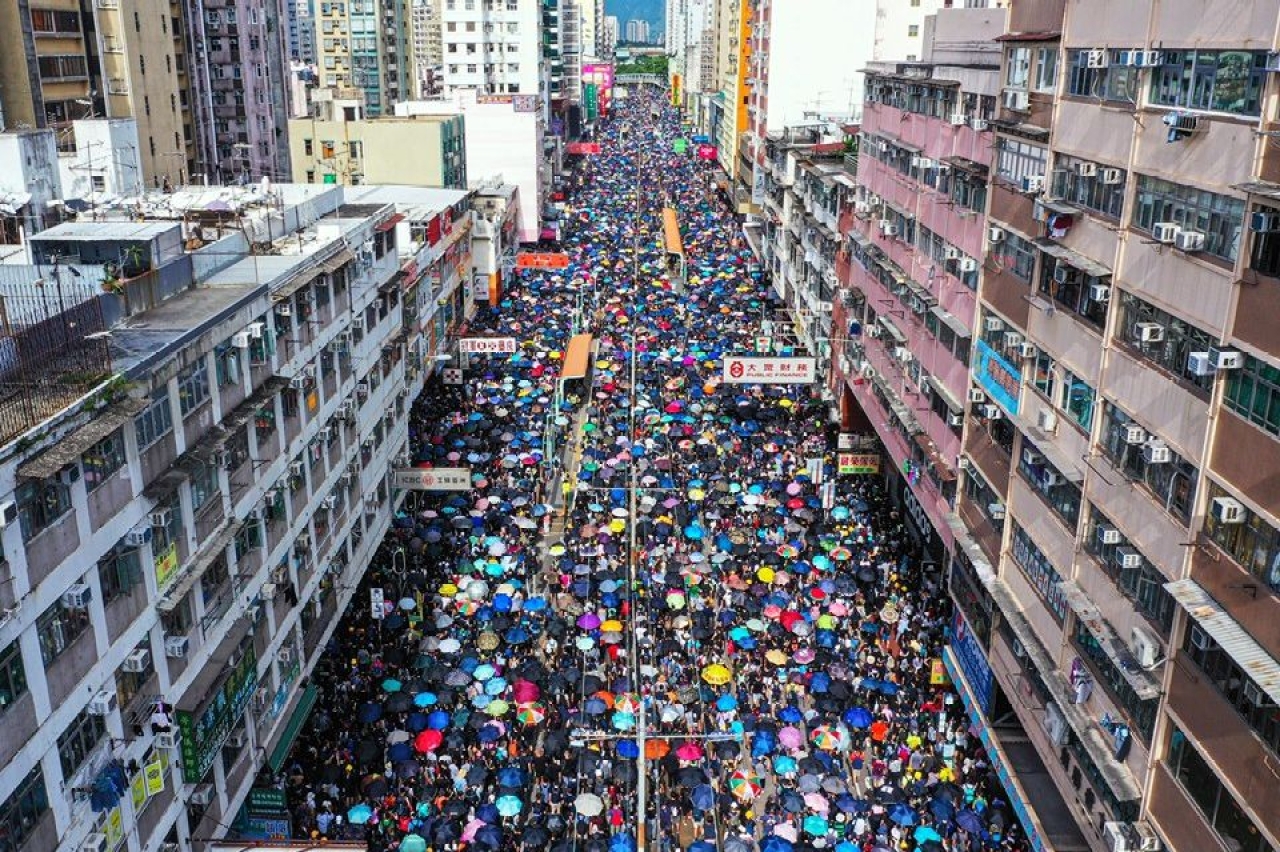 Readers must have been aware of the protests and riots happening in Hong Kong every weekend, where mostly young Hong Kongers (many of them students) are protesting against the authorities, closing down the airport as well as some local MTR (Mass Transit Railway) stations.

Their stated demands are:

2. Carrie Lam (Chief Executive of Hong Kong) to step down,

3. Setting up an inquiry into police brutality,

While the spark has been the Extradition Bill, it just ignited the large store of dynamite which was waiting to explode.

The root cause of the protests are (according to me):

2. Low income tax (capped at 15 per cent flat) and no Goods and Service Tax (GST)

3. The Hong Kong Dollar, which is pegged by the Hong Kong Monetary Authority (HKMA) versus the US Dollar

On the surface, Hong Kong residents are blaming China for exerting greater control over HK, and they have been blaming mainlanders for all their problems like extremely high real estate prices (highest in the world), as well as taking away their jobs.

The average 20-something Hong Konger lives in a 350-400 square foot apartment (1 BHK), with both parents, and probably one or two grandparents. They feel priced out of their own country, unable to afford a house.

Some Background About The Current Protests

The Extradition Bill was proposed by the Hong Kong government in February 2019 to establish a mechanism for transfers of fugitives not only for Taiwan, but also for Mainland China and Macau, which are excluded in the existing laws (See here).

The concern being that Hong Kong citizens would be at risk of falling to a different legal system.

As many might know, Hong Kong, while being a part of China, is a Special Administrative Region (SAR) and is part of the ‘One Country, Two Systems’ where it has a separate currency (Hong Kong Dollar, instead of Chinese Renminbi or Yuan), separate legal system (under British Common Law), segregated tax collection which can’t be repatriated to China, up to the year 2047.

This has been set up as a transitory provision after Britain returned Hong Kong to China on 1 July 1997 (after a 100-year lease where it had captured Hong Kong from China after the Opium Wars).

At the time when China was closed off to global trade, Hong Kong was the gateway through which China (and Chinese) accessed the rest of the world.

Also, Hong Kong, with a British legal system, and laissez faire business-friendly policies was a safe place for multinational corporations, banks and other businesses to set up shop to deal with China.

The real seeds of the protest have been sown pre-1997 when Britain was planning to hand over Hong Kong. While Britain wasn’t too interested about Hong Kong residents, as it was about to hand it over to China, the large Hong Kong tycoons rigged the roll of the dice so as to favour them and their businesses.

Most of these HK tycoons (like Li Ka Shing) have British or Canadian passports, and have sent their kids overseas for education and establish residency abroad.

One of the main sources of revenue for the Hong Kong government is land sales to private developers who would then construct buildings. Only 26 per cent of the land area has been opened up for development, much lower than similar cities just across the border on mainland China (or its financial rival Singapore).

This restriction in land sales has kept prices artificially high, which benefits the real estate tycoons vis a vis building more houses that would lead to falling house prices which actually benefits the residents (See this Bloomberg article for comparison between Hong Kong and Singapore for land use policies).

This is a rule made to enable corporations set up offices in Hong Kong as a tax haven, as well as to attract business and expats. It specifically helps the rich, and hence there is lesser room to spend money on poor, specifically social housing, education, and social security for senior citizens.

Given the disparity in taxes between mainland China and Hong Kong, it is lucrative for a Chinese businessman (or a multinational company) to set up base in Hong Kong, and establish residency there, while keeping the manufacturing base in China, so as to reduce their taxes.

Thus, whatever little land is available for housing, is taken over either by Western expatriates on a fat salary package, or Mainland Chinese businessmen, pricing out the locals.

On the surface, one might think how an independent currency from China actually makes things worse for the locals. That’s because the currency has been pegged to the US Dollar (in a very narrow band) since the 1980s in preparation for the handover of Hong Kong to China. Due to this policy of a currency peg, it has had unintended side effects.

If the currency is pegged, the HKMA loses its control on the interest rates. And from the early 2000s (post the Dotcom bust in the US), the interest rates have been low (at 0.25 per cent for nearly 8 years), while the nominal GDP (Real + Inflation) in China had been in double digits.

Hence in Hong Kong, you have China-type growth, and US-type interest rate. It makes sense to lever up and buy all the assets you can (real estate, stocks etc). But that’s only if you have access to credit. Another reason why this hurts the poor a lot more than the rich.

Another side effect in the 2010s has been the parking of global hot money (specifically Russian Petrodollars) in HKD after the US imposed sanctions on Russia.

Given the currency is anyways pegged to USD, the surplus from oil has been parked in Hong Kong for quite a while, which has kept interest rates even lower than the US (despite the pegged currency). This again leads to speculative booms and the eventual bust.

All these three rules specifically aid the rich tycoons over the common citizens.

Its extreme right-wing capitalism (while I too am right of centre on economics, HK laws are too far right for a sustainable society) has benefited elites at the expense of rest.

This might not have happened in a democracy where there is some sort of feedback from the people to the government.

It’s not just a law about extradition which is the problem, but a generation of youth which doesn't see a future for themselves.