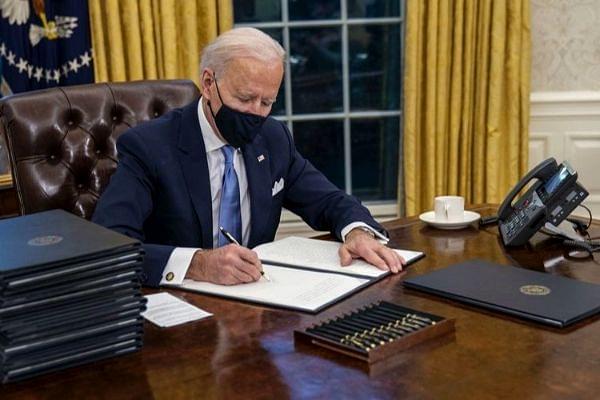 In the last week of July, the United States House of Representatives passed the $280 billion CHIPS and Science Act. The legislation comes with $52 billion for the semiconductor industry in America and also ushers $200 billion in scientific research in artificial intelligence, quantum computing, and other relevant technologies.

Citing competition from China and concerns around national security, policymakers had been pushing for the CHIPS legislation. The bill was a rare episode of bipartisanship in the otherwise fractured US politics when the Senate voted 64-33 in favour of the bill, and the House passed it with 243 votes against 187.

In June 2020, in the early months of the pandemic, the global shortage of semiconductors began hurting manufacturing, and that is when CHIPS or ‘Creating Helpful Incentives To Produce Semiconductors’ was first proposed.

In the last week of February 2021, President Joe Biden signed an executive order directing the administration to address the worrying shortfall in semiconductor production that impacted operations at some auto plants. The order was mainly focused on reviewing the United States supply chains for semiconductors, ensuring they were secure and reliable, especially as tensions with China mounted.

In the wake of Covid-19, given the shortage in chips, automakers in several parts of the US were forced to cut jobs and workers’ hours, further denting an economy battered by the pandemic. Consequently, General Motors Co. was forced to halt production at its three North American plants, and Ford Motor Co. was staring at a 20 per cent drop in short-term output. The chip shortage, as per a report, resulted in the auto industry's $210 billion revenue hole.

US chip companies rely upon international partners to meet their demands. According to the report of the Semiconductor Industry Association on the State of the US Semiconductor Industry, the US remains the global leader in semiconductor design and research & development. Yet, the majority of chip manufacturing is now happening in Asia.

For 2019, in terms of the market share for global sales, the US led with 47 per cent followed by South Korea with 19 per cent while only 10 per cent of sales came from Europe, 6 per cent from Taiwan, home to Taiwan Semiconductor Manufacturing Company (TSMC), and 5 per cent from China. However, only 12 per cent of the chips are manufactured within the US, down from 40 per cent in 1990.

The White House’s push for the CHIPS and Science Act must also be viewed in the context of China’s greater aggression against Taiwan. TSMC continues to hold more than 50 per cent market share in the global semiconductor industry. In May 2020, TSMC announced that it was building a fab or a production plant in Arizona, US. Japan also approached TSMC to hedge its bets against the semiconductor supply chain, approving an investment of $6.8 billion.

What Are The Experts Saying

Testifying before the Senate Committee on Commerce, Science and Transporation last week, Intel CEO Pat Gelsinger, Micron Technology’s CEO Sanjay Mehrotra, Lam Research’s Tim Archer, and PACCAR’s Preston Feight stressed the importance of the CHIPS act, citing how subsidies in China, Taiwan, and South Korea, together responsible for 80 per cent of the semiconductor production, had aided the sector there.

Citing China’s $100 billion investment in the semiconductor industry, Intel’s CEO elaborated upon the importance of the Chinese market from a competition perspective while highlighting concerns around intellectual property theft.

Further, the CHIPS and Science Act had the backing of the US Chambers of Commerce and the National Association of Manufacturers.

What Are The Chinese Saying

As per a report, Chinese foreign ministry spokesperson Zhao Lijian, in a press briefing last week, stated that the CHIPS act could derail technological cooperation between China and the United States. The report quoted him saying that the so-called CHIPS and Science Act is purportedly aimed at bolstering the competitive edge of the US’ sci-tech and chip industries, while certain provisions restrain normal sci-tech cooperation between the two countries and thus, the Chinese are against it.

Zhao further added that the cooperation between the two countries serves the interests of both and promotes humanity's progress, but decoupling will only hurt. He concluded his rant by stating that no restriction or suppression will hinder China’s industrial progress.

Europe, quite like the United States, has around a ten per cent share in global semiconductor production. If a supply-chain crisis were to happen, semiconductors for key sectors like healthcare and automotive could run out in months, making the continent vulnerable to other countries, especially China.

Thus, earlier this year, the European Commission announced its plan to allocate 11 billion euros from public funds to research, design, and produce semiconductors. By 2030, the commission wants to mobilise 43 billion euros in public and private investment to further its semiconductor ecosystem and to increase its global production share to 20 per cent. Already, Intel has committed an investment of around 80 billion euros in the region for the same.

For President Biden, the CHIPS and Science Act is the equivalent of Franklin D. Roosevelt’s New Deal announced after the Great Depression of 1929.

For President Biden, the CHIPS legislation is a rare economic and political victory.