Explained: Why Russia And Turkey Are Fighting In Syria Yet Again 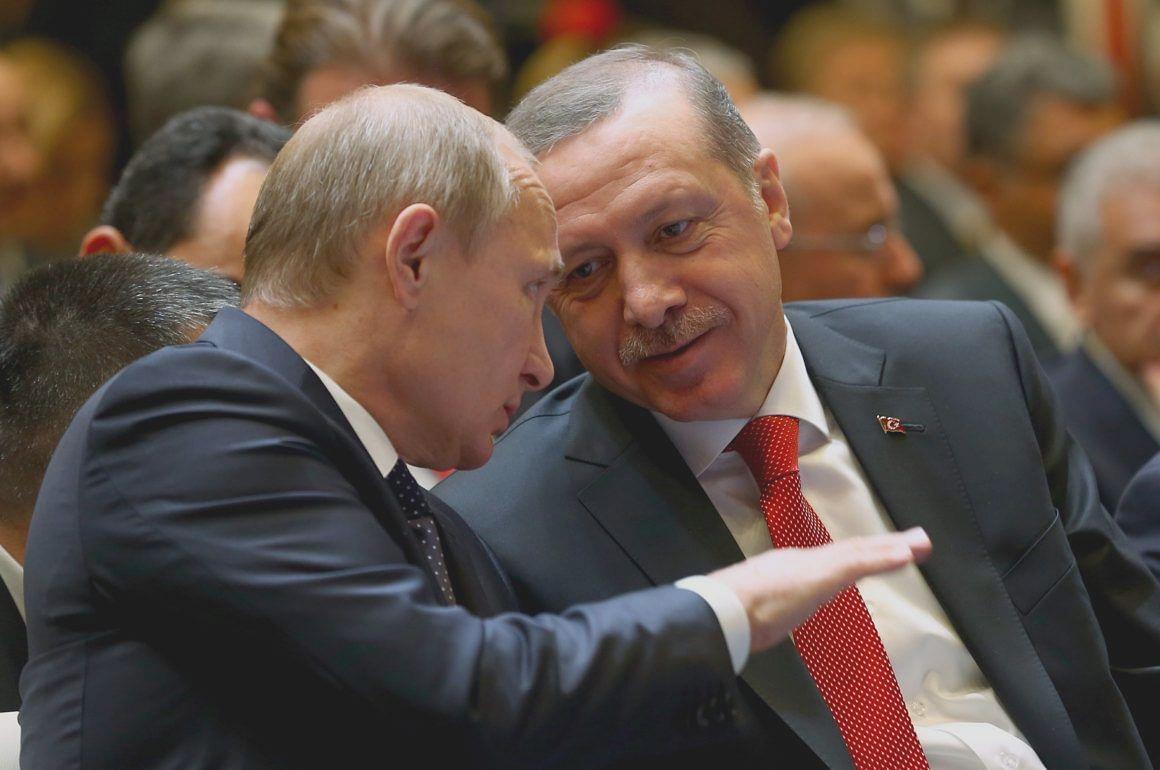 On 27 February, a Syrian government airstrike killed 33 Turkish soldiers in Syria. It is possible that the strike was carried out in reality by Russia, which controls the airspace in the northern Syrian region and provides air-cover to Syrian ground forces.

However, Moscow has refrained from claiming the attack. Turkey has since stated that it is firing at all known Syrian government positions inside the country. Russia had also earlier warned Ankara against carrying out any military operation against Syrians in the region.

This is the second time when Russia and Turkey are at the edge of war in Syria. Earlier in November 2015, Turkey had shot down a Russian plane in the same region.

The pilot was also killed on ground by pro-Turkish forces. This had raised the prospect of direct conflict between the two countries, which are on the opposite side of the Syrian civil war.

The tensions abated only after Turkish President Erdogan apologised to Moscow for the incident.

Turkey, under its autocratic president, Recep Tayyep Erdogan, has taken an increasingly aggressive stance in the region. It has intervened directly in the Syrian civil war, citing humanitarian concerns, as well as terrorist threats from the Kurds in northern Syria.

It has also launched air attacks across the border in Iraq. Most recently, Erdogan has sent Turkish troops, along with Islamist fighters from northern Syria, to support its allies in the Libyan conflict.

Erdogan’s actions in the region reek of both ideological and geopolitical ambitions. He has turned Mustafa Kemal’s secular Turkey into an Islamist hotbed.

It also provides covert support to terrorists, most notably in northern Syria. It is to be noted here that almost all foreign fighters of the reviled terrorist organisation ISIS reached Syria and Iraq through Turkey while Ankara looked the other way.

Erdogan’s policies have brought Turkey into conflict with both regional and global powers. However, the totalitarian leader must be credited for successfully playing different powers against one another while maximising his own gains.

This was most evident when last year, he convinced American President Donald Trump to withdraw from northern Syria citing Turkey’s NATO credentials.

He also convinced Moscow to step aside, leaving America’s Kurdish allies to face a Turkish capture of their region alone.

However, Russians have proven to be more resilient in supporting their ally, Assad, in northern Syria than Americans did with their allies, the Kurds.

Although Kremlin has also been sold on anti-Americanism, it has steadfastly refused to accept radical jihadi terrorists holed up in northern Syria as ‘genuine opposition’ and has pursued their liquidation.

Success by Syrians against Islamist opposition in northern Syria, which Erdogan has championed, would irretrievably dent his image. The Turkish President, who is genuinely popular in a population which has turned conservative, cannot afford to let this happen.

With help from Russian air-support, the Syrian army has been racking up successes in northern Syria for the last month.

Turkey, on the other hand, has been able to provide only limited support to its allies. Russian military has stated that the Turkish soldiers who have been killed in the recent airstrike were inside the combat units of terrorist groups when they were attacked.

This is not surprising when one considers the increasingly brazen coordination between Turkish soldiers and Islamic fighters in the region.

Erdogan’s admission that Turkey had sent Syrian fighters along with Turkish soldiers to Libya is a case in point.

How Moscow reacts to Turkish attacks against Syrian ground forces will likely determine the course of this complex conflict in West Asia.

Erdogan, on his part, will use all levers to draw the Western powers to support him. He has already called an emergency meeting under Article 4 of NATO, which allows members to allow consultations if they feel that their territorial integrity, political independence or security is threatened.

Erdogan has also tried to argue the need for Western support to prevent a humanitarian catastrophe in northern Syria. Although the situation in the region is dire, that is largely because the terrorist groups active in the region are preventing people from leaving.

Without the cover of civilians, terrorist groups would become vulnerable to random bombardment by Syrian and Russian forces.

Government officials in Ankara have also said that Turkey will now allow Syrian refugees residing in the country to travel freely into Europe.

This is a clever pressure tactic as Erdogan is well aware of the sensitivity of the issue among its European allies.

In fact, the refugee tap that Turkey controls, has been effectively used by Erdogan to pressure the Western countries more than once.

The Europeans, due to their own decades-long virtue-signalling behaviour, are now once again caught in a Catch-22.

However, they as well as the Americans, may be getting tired of increasingly frequent antics by Erdogan.

France, for one, has opposed Turkish interventions against the Kurds in northern Syria in the past.

India, amusingly, is lingering in the era of a secular Kemalist Turkey in spite of clear anti-India rhetoric emanating from Ankara.

Under Erdogan, Turkey has steadfastly supported Pakistan at international organisations like the FATF and the NSG (Nuclear Suppliers Group).

Erdogan has also made detrimental statements on Kashmir. However, the babudom in the MEA has maintained its signature inertia.

States like the UAE, Saudi Arabia and Egypt are increasingly opposed to Turkey’s polarising behaviour in West Asia.

Although India has vastly improved its relations with the Gulf monarchies in the last couple of years, the cooperation has remained more in the economic domain.

India has failed to provide any other support to these states. Despite evident anti-India behaviour, Delhi has refused to as much as verbally condemn illegal armed Turkish interventions in the region.

Perhaps, support to Russia in its endeavour to counter terrorists and provide stability in Syria could be a beginning.