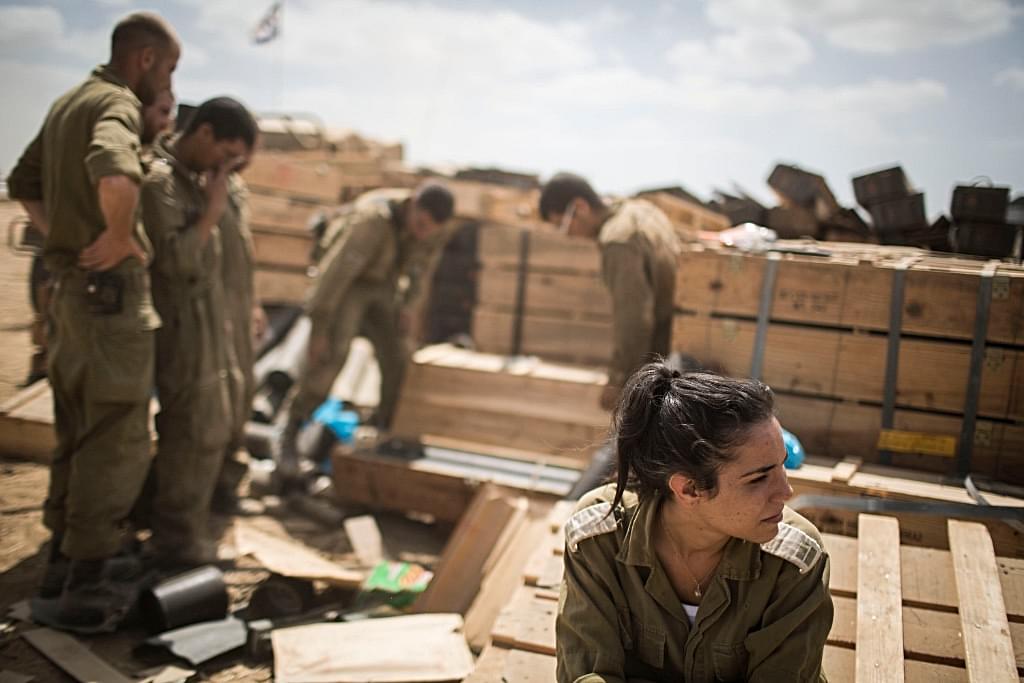 It has been a busy couple of weeks in the world: the two Koreas are finally talking peace, the United States hopes to talk Pyongyang into at least curtailing, if not abandoning, its nuclear programme, US president Donald Trump has abandoned the Joint Comprehensive Plan of Action his predecessor signed with Iran to bring its nuclear programme under greater international scrutiny, the US embassy in Israel shifted from Tel Aviv to Jerusalem, and elections were held in the Indian state of Karnataka that many see as make-or-break for the Congress party before the general elections next year. In the midst of this, Gaza has been on the boil as thousands of Palestinians have attempted to charge the border fence into Israel and the Israeli Defence Forces (IDF) have, predictably, responded with strength.

The Gaza protests, dubbed the Great March of Return by Hamas, started on 30 March and are supposed to last until 15 May, the day Palestinians commemorate as Nakba (catastrophe) Day. The purpose is manifold - to demand that Palestinian refugees be allowed to return to their lands in Israel, to protest the moving of the US embassy from Tel Aviv to Jerusalem, and to draw attention to the Israeli blockade of the Gaza Strip. Palestinians participating in the protests have varied in number from around 5,000 to 15,000 except on the first day which saw a turnout of 30,000.

Approximately 110 Palestinians have died so far in the protests. On 14 May alone, the 70th anniversary of the proclamation of the State of Israel, 58 Palestinians were killed and approximately 2,700 injured at the border fence in what many are calling a massacre. While the world paints the protests as peaceful and accuses Israel of using disproportionate force, the IDF maintains that the Palestinian demonstrations have been anything but peaceful and are a cynical and bloody ploy by Hamas to gain international sympathy and headlines by paying in Palestinian corpses. Interestingly, the loud international outcry has been drowned out in the muted response from Arab capitals.

The international version of the Gaza protests does not add up. For starters, the Palestinian protesters have been photographed in possession of Molotov cocktails and machetes, flying swastika flags - which can have only one meaning to a Jew - and been arrested trying to breach the border fence into Israel. This has been accompanied by the usual stone pelting and colourful calls to slaughter all Jews and wipe out all Zionists. In the early days of the demonstrations, Palestinians set fire to large mounds of tires in the hope that the smoke would damage Israeli agriculture; a sudden change in the direction of the wind foiled that plot. Undeterred, kites were used to carry tear gas and bombs into Israel to set crops on fire. These attempts have been slightly more successful but also largely failed thanks to an alert citizenry and the emergency services.

There is also the question of what the intentions of this unruly, violent mob were had they succeeded in crossing over into Israel. The locus of the protests was barely 500 metres away from the border fence but protesters attempted to approach the fence at several locations. Is it plausible that the mob, with inflamed passions, calmly turns around and heads back to Gaza? The tactics of the crowds suggest otherwise. The IDF was, then, acting in a purely preventive manner.

The claim of peaceful gathering does not hold for yet another reason - nowhere in the world would security services allow such a large gathering of clearly incited people to accumulate so close to a high security zone. Areas such as borders, nuclear facilities, military bases, and the prime ministerial residence are not the same as roads and parks which are open to the common public. Any suspicious activity, let alone mass gatherings, near such restricted areas are viewed as a security threat and dealt with accordingly. Hamas' call for Gazans to gather at the border must therefore be seen as at least provocative if not outright aggressive in its nature in the challenge it posed to Israeli security.

It is also telling that Kerem Shalom, the only crossing for goods from Israel to Gaza, was attacked. In three separate attacks, mobs torched the border crossing and damaged depots containing building material destined for Gaza and fuel infrastructure. This would only worsen the electricity shortage in Gaza and slow down international aid coming into the Strip. Hamas has also refused to accept Israeli humanitarian aid for the Palestinians injured in the clashes, reiterating their noxious brand of politics: the Gaza circus would only get international attention if there are enough casualties to merit a place in Western newspaper columns.

Finally, there is the old argument that Israel uses disproportionate force against terrorists. This is not the first time that accusation has been made but it is as unjustified as it has been in the past. The nature of the conflict between Israel and the Palestinians is fundamentally asymmetric - Palestinian terror organisations by design operate around non-combatant zones like civilian population centres, schools, and hospitals; they ensure the presence of women, children, the handicapped, and old people to manipulate the sympathies of the international audience in case of an Israeli strike against their bases; they do not wear uniforms and their targets are civilian structures rather than military assets. It is virtually impossible to strictly follow the rules of engagement reserved for inter-state conflict in such a scenario. The best that can be hoped for is the minimisation of collateral damage, civilians who have been put at risk by the terrorists' strategy than by Israeli counter-attacks.

Moreover, deterrence contains an element of psychological warfare, of fear, and relies on disproportionate damage. If Israel is proportionate in its counter-terrorism strategy, it loses its advantage of power in the asymmetric struggle while the terrorists retain theirs. Furthermore, as a democratic country - that happens to be under demographic pressure - Israel cannot tolerate casualties as casually as Hamas. Expectations also contribute to this - Hamas' sympathisers do not expect it to be able to inflict equal damage upon Israel while the Israeli mainstream opinion remains in favour of punitive action to demoralise and humiliate the enemy.

It is hard not to see the parallels in the situation of the Indian armed forces in Kashmir, where the Indian state has shown tremendous restraint in dealing with the terror strikes on its security forces. From the tactical formations of the mob to the nomenclature used in propaganda pamphlets to the stories published in the global liberal media, Kashmiri separatists seem to be borrowing heavily from their Palestinian co-religionists. If only the Indian state had an equally strong penchant for learning from Israel, the unilateral ceasefire for Ramzan would never have happened.

Responsibility for the loss of life in Gaza over the past six weeks lies entirely at the feet of Hamas. It cannot be reasonably expected that the IDF sit back and allow tens of thousands of demonstrators to approach the border and breach the security fence, attack farms, crossing points, infrastructure, and Israelis. Anyone saying otherwise is either naïve or performing for a select audience.