Genocide In Balochistan: Why Pakistan Must Pay The Price 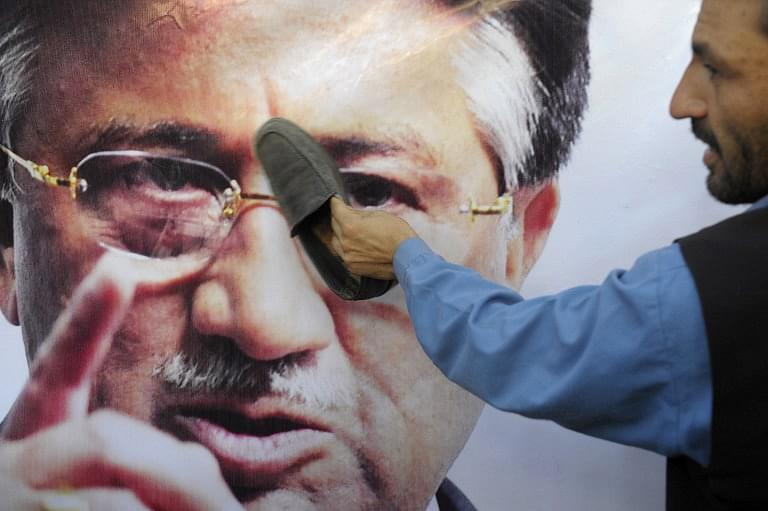 It is time Pakistan is held internationally responsible for the genocide in Balochistan.

In July 2007, when the province of Balochistan in Pakistan was suffering from an aftermath of the cyclone ‘Yemyin’, the Pakistan government refused to accept foreign help and aid for the Baloch areas. While Pakistan proclaimed that the provincial government was capable and equipped to deal with the disaster, reliable reports that emerged from the region informed of the lack of hospitals, roads, food and water in the region.

The real intention behind the unexpected refusal was to hide the systematic negligence, mass killings and atrocities that have been a regular affair in the region. With foreign aid, the region would have been exposed to international aid workers and observers, something Pakistan never wanted. Yemyin Cyclone is just an example. The inhumane negligence Pakistan has subjected the region to, coupled with the state-led genocide and atrocities shocks every notion of collective humanity.

The Baloch genocide is neither new nor founded on the experience Pakistan faced in Bangladesh. It stems from the time when India and Pakistan emerged from British India. Balochistan, called Kalat State then, being secular, resisted its accession to the Islamist Pakistan. Since then, it has been in resistance against Pakistan as it was forcefully occupied under the orders of Jinnah. In fact, their resistance to Pakistani occupation and suppression was more firm and decisive than Bangla (East Pakistan) people who decided to secede only after the failure of a political solution after 1970 elections.

Lt. Gen. Tikka Khan was, in fact, appointed as the Martial Law Administrator and charged with Military suppression of Bangladesh because of his reputation as “Butcher of Balochistan” which he acquired after leading a barbaric and ruthless military campaign to crush Baloch nationalists in 1970. However, while the situation in Balochistan has been grim since 1947, it received less attention of the world leaders as compared to Bangladesh in 1971 due to successful media blackout enforced by Pakistan.

Pakistan has launched many brutal attacks on Balochistan through highly sophisticated large-scale military operations. Gen Musharraf presided over one of the longest such operations where entire Balochistan was terrorized by ISI and Frontier Corps. The latest operation involves a concentration of 10 US supplied gunships and more than 8500 troops in Mekran apart from planning to extend Operation Zarb-i-Azb to Balochistan. At a UN event, the Director of Asia Research Centre at London School of Economics, Mr. Athar Hussain, stated that Pakistan has used weapons provided to the government by the US to fight terrorism against the Baloch people.

There are absolutely no concerns about civilian casualties, and entire villages are burnt to ground to instill fear in the minds of the Baloch. The use of Gunships against domestic uprisings is unprecedented as Pakistan Army has been doing and plans to repeat in future again. It will be nothing less than a clear case of ethnic cleansing with the stamp of extrajudicial killings. In Pakistan, the State regularly and ruthlessly kills, tortures, rapes, and commits atrocities on the unarmed Baloch population. There is no denying that there has been a systematic state-sponsored genocide of Baloch people. To understand the Baloch Genocide in the context of international law, it is pertinent to understand the notion of genocide.

The first concrete definition of genocide came in 1948 when the UNGA adopted the Convention on the Prevention and Punishment of the Crime of Genocide (Genocide Convention). It defines genocide as any of the following acts committed with intent to destroy, in whole or in part, a national, ethnical, racial or religious group, as such: (a) Killing members of the group; (b) Causing serious bodily or mental harm to members of the group; (c) Deliberately inflicting on the group conditions of life calculated to bring about its physical destruction in whole or in part; (d) Imposing measures intended to prevent births within the group; (e) Forcibly transferring children of the group to another group.

There cannot be any debate whether Pakistan has breached the international law on genocide. The enforced disappearances, torture, rapes, forced abductions and systematic elimination of Baloch population from the region by the Pakistani establishment, all qualify as acts of genocide. The ruthless barbarism of military, backed by the Punjabi-dominated government is creating havoc in the region with every other Baloch family losing someone to this unprecedented and continued wave of atrocities.

As per an HRW report, more than 18,000 people have disappeared from Balochistan since 2003. In 2014, three mass graves were found in the Khuzdar district of Balochistan containing hundreds of decomposed bodies. The Islamists-dominated military has also supported, if not actively participated, in organizing acid attacks and sexual assaults on young Baloch girls to deter them from leaving home. The situation is so bad that everyday young students, lawyers, farm workers and teachers are being picked up by Frontier Corps and ISI never to return again. It is not only a case of state-sponsored and managed terrorism but also of crime against humanity.

Genocide as a crime can have an individual as well as state liability. Not only Gen. Pervez Musharraf who launched one of the most brutal genocides of Baloch people but the entire state of Pakistan can be held accountable for the grave violations of international law. In Bosnia and Herzegovina v. Serbia and Montenegro, the International Court of Justice confirmed that States could, in effect, commit genocide and that the Court could adjudicate the issue accordingly.

The Genocide Convention, thus, ensures that the dual enforcement of the international responsibility of states (Pakistan) and criminal liability of individuals (Gen. Musharraf, Nawaz Sharif, Gen. Raheel Sharif, etc.) can be effectively achieved. While it may be difficult to establish liability of the state as Genocide Convention was initially aimed to be individual centric, it is neither impossible nor unprecedented.

The immediate step of the world community should be to pass a Resolution in UN Security Council requiring Pakistan to allow UN observers in Balochistan and complete pause on military operations. The UN must force Pakistan to allow international media access to Balochistan and ensure free and fair reporting. Unless, the global community as a whole comes forward to defend and protect the collective notions of humanity, the genocide of Baloch people will continue.