H-1B, Green Cards: Trump And Modi Have A Lot To Talk About When They Meet 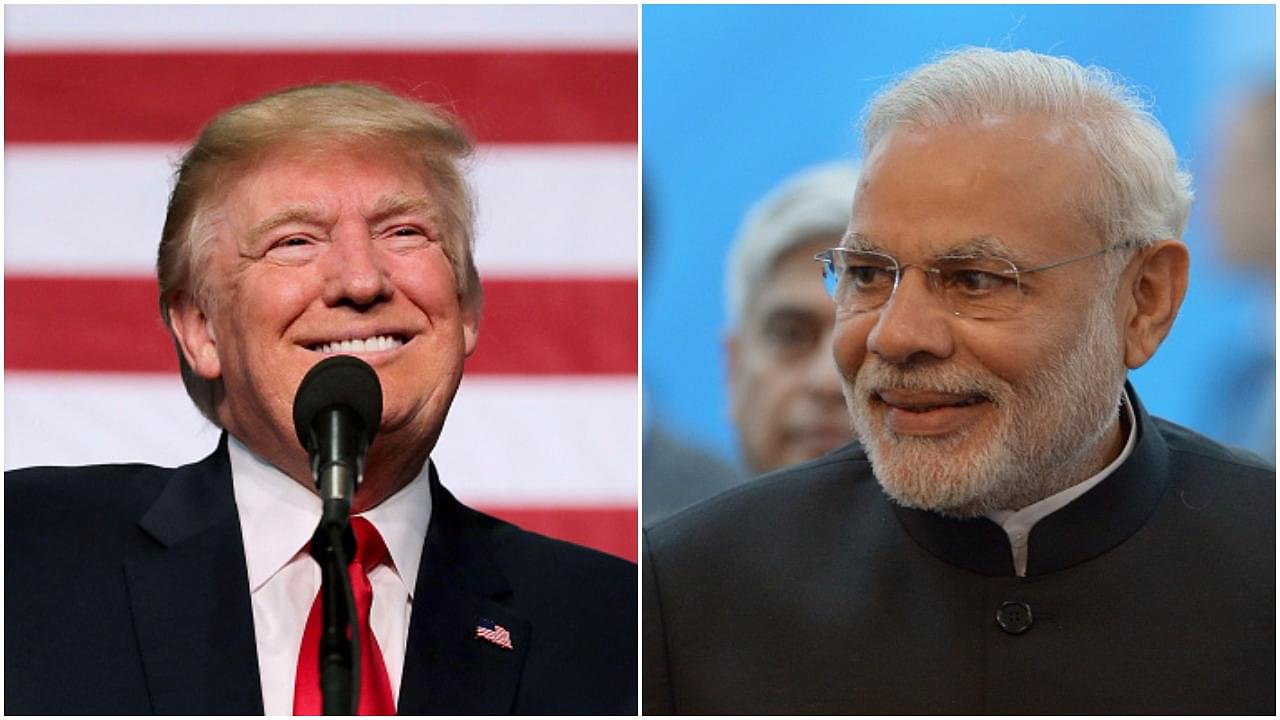 Speaking to a group of Non-Resident Indians (NRIs) in America, one can see rising anxiety among them about the hardening immigration policies of the United States President Donald Trump. But one can also sense the optimism that Indian Prime Minister Narendra Modi’s upcoming meeting with Trump has generated. With his ‘buy American, hire American’ motto, Trump is trying to be a nationalist in a globalised world. Though Modi and Trump appear to be on the same page in putting their people and nation “first”, there is scope for rationalisation of the US visa and green card regulations to the advantage of both India and the US.

Microsoft co-founder Bill Gates has already pleaded with the US Congress that they allow hiring of foreign-born engineers and direct large amount of tax dollars into education and research, as America’s competitiveness in the global markets was ‘at risk’. Gates told the House of Representatives Science and Technology Committee, "It makes no sense to educate people in our universities, often subsidized by U.S. taxpayers, and then insist they return home."

Prime Minister Modi’s importance at the Capitol Hill remains intact despite change of the guard at the White House. The Modi-Trump meeting may materialise in a few weeks time; they are sure to meet on the sidelines of the G-20 summit in Hamburg, Germany, on 7, 8 July. Trump is committed to protecting the interests of Americans in the job market as well as maintaining good relations with India to contain China and fight terrorism.

While there are a plethora of complex bilateral issues that could come up for discussion between the two heads of government, the NRI community in the US expects Modi government to focus on rationalisation of visa and green card regulations.

The H-1B visa is an employment-based, non-immigrant visa for temporary workers, hotly sought by Indian techies and information technology (IT) companies. According to United States Citizens and Immigration Services (USCIS), the H-1B visa was initiated to help American companies recruit highly skilled foreign nationals when there was a shortage of qualified workers in the country. At present, the US has a cap of 65,000 visas in the general category, and allows further 20,000 people who have earned a master’s degree from the US. H-1B visas are issued from 1 April every year through a draw of lottery and are valid for three years, subject to renewals.

President Trump wants to reform H-1B visa rules so that only highly paid and highly skilled workers would come to the US. That has perturbed many Indian and American companies, which had been indulging in wage-cutting by hiring Indians at US $60,000 per annum while an American charges US $120,000 for the same job. Trump is worried that American companies are denying US citizens jobs by importing cheap labour from abroad, especially India and China.

There are several anomalies currently in the H-1B visa process. Though there is no country quota for H-1B, the major share of it goes to Indians, who contribute significantly to the advancement of US economy. However, Indian IT companies like Tata Consultancy Services, Infosys and Wipro apply for H-1B visas in bulk, diminishing the chances of thousands of American companies from availing sufficient H-1B visas and recruit Indian professionals. Furthermore, Indian IT companies sit over H-1B visas by not sending their employees for years. To prevent such misuse of bulk H-1B visas, a six-month cap may be set for the use of the visa by these companies.

The H-1B visa is company-specific. It means that if an Indian techie on that visa loses their job in the US, legally, they lose the right to remain in the US. However, it is good that the Trump administration has rationalised this rule; effective 17 January 2017, the USCIS is granting terminated H-1B visa workers a 60-day grace period to make plans to leave or seek a new position. Ideally, this needs to become a six-month grace period.

The green card is a grant of permanent residency status to foreigners in the US. The US Immigration and Nationality Act 1952 underlines four guiding principles for issue.

(i) Reunification of families

On that basis, there are several categories under which green cards are issued, the two major ones being ‘family-based’ and ‘employment-based’.

However, getting a green card in the employment category, i.e., while on H-1B visa, is a long and torturous process. Indians on H-1B visas have to wait for years. That is because the US has a limited allocation of 14 per cent of the green cards (about 140,000) for this category. And, further, there are five preference categories (extraordinary, advanced degree, professional-skilled and unskilled, special religious workers and investor immigrants) within this category, each with different eligibility requirements and numerical limitations.

In the first three categories, total quota in each is 28.6 per cent of 140,000 (about 40,040 green cards). In the remaining two it is 7.1 per cent in each category (about 9,940 green cards). And, within each preference category, there is a further 7 per cent country cap as an additional numerical limitation placed on green cards so as to prevent bigger countries from monopolising them. So, the green card quota for Indians in the first three categories each would be just 2,802, and that would be the same for such small states as Bhutan, Belgium, Namibia, Fiji and Costa Rica in the name of protecting global diversity.

The green card provisions are unjust for foreign students studying in American universities. They are (i) not given green cards and (ii) may not be getting jobs in the US as American companies fail to get sufficient H-1B visas to recruit them. Gates cautioned US Congress that due to this the US was not able to take the services of students on whose education the American tax payer had invested money. Prime Minister Modi could take this up to find some mutually beneficial arrangement that could help both students and American companies.

Another issue with green cards is that an employee on H-1B visa loses their queue advantage if they change their job. They will have to apply for a green card afresh. That is ridiculous because the green card is processed by the USCIS, and they undertaking the same process again due to change of employer has no rationale. This must change since most Indians on H-1B visa are, virtually, held hostage by American companies. That is because they are restrained from exploring better jobs for fear of losing the queue advantage. Prime Minister Modi could surely do something about this.

Also, the green card limit of 140,000 annually continues since 1990, whereas during the last 30 years the US economy has trebled and the STEM (science, technology, engineering and maths) jobs have gone up to more than 16 million. In the 2014-24 decade, American computer and IT occupations are projected to grow 12 per cent and expected to add about 488,500 new jobs due to emphasis on cloud computing and collection and storage of big data. That not only requires upgrading the green card limit but also doing away with country-specific quotas to clear the backlog for Indian applicants. Otherwise, the US may lose future advantage in the competitive global market.

One also needs to look at manipulating green card requirements by Indian tech companies by sending their employees on L-1 visa, which warrants executive or managerial positions. Indian companies offer these designations to their employees in three to five years time, whereas Indians working in American companies don’t get promoted to that position before 10 or more years. By sending such executives or managers to the US, they can immediately file for green cards in the EB1 category and get it within a year as the priority date in EB1 is always current. Thus, the L-1 visa holders have an easy backdoor route to a green card as compared to the workforce of Indian citizens in the US. That also needs to be corrected.

Many NRIs resent the fact that they pay taxes by way of social security which go waste if the green card is not given or the H1B visa expires. Either the US government should not collect those taxes until the issue of green cards is clear or return the collected amount at the termination of temporary residency. There are many more issues facing the NRIs and persons of Indian origin.

The next Modi-Trump meeting may not resolve all these issues, but it could surely bring them on board so that genuine concerns of all stakeholders are properly attended to in the best interests of both the US and India.

(Dr A K Verma is Director, Centre for the Study of Society and Politics, Kanpur)