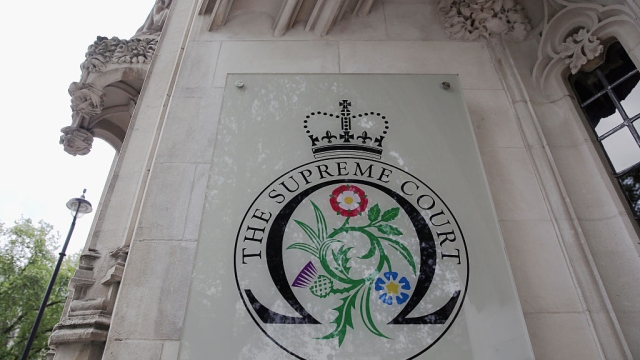 Nigel Farage, the UKIP leader who spearheaded the ‘Vote Leave’ campaign on a largely anti-immigration platform, said he has a “slight preference” for Indians and Australians over other immigrants because they are more likely to “speak English, understand common law and have a connection with this country”. For these fighters of British nationalism therefore, common law is as much a part of British identity as speaking English itself.

Common law, as opposed to the continent’s civil law system, is essentially judge-made law. It has evolved over time to meet changing values. Flexibility and creativity are its hallmarks. On the other hand, the civil law system relies heavily on codified rules and procedure to govern society. A classic statement on the historic and cultural significance of common law to the British can be seen in Sir Frederick Pollock’s “Oxford Lectures & Other Discourses”:-

“The point is that it is different and independent ; that it provokes comparison and furnishes a holding-ground for criticism. In its absence nothing but some surpassing effort of genius could have enabled us to view the Corpus Juris from the outside. Broadly speaking, whatever is not of England in the forms of modern jurisprudence is of Rome or of Roman mould. In law, as in politics, the severance of Britain by a world’s breadth from the world of Rome has fostered a new birth which mankind could ill have spared.”

It is the inheritance of this legal system which evolved from a bottoms-up process of human mediation as opposed to civil-law obsession with codification, that Brexit campaigners rely on greatly for intellectual substance. Political writer and UKIP candidate Tim Worstall tries to make contemporary sense of this principle when he says - “London specialised in finance and Germany in heavy industry. A small point which leads me at least to think that there’s some comparative advantage that London has in finance…There’s something…fundamental underlying this division of labour.My guess…is that it is the Common Law. Precisely because you can construct a contract, create a derivative, make a deal, in pretty much any manner you choose, the innovation will be in that Common Law area. Not in a Roman Law jurisdiction where there is a great deal more approval getting that is necessary. Extending detailed EU control over these markets will of course wipe out that comparative advantage.”

Stepping outside the political arena one cannot help but notice the upheaval Britain’s EU obligations appear to have caused within its legal system. In one stroke, Sec. 2 of the European Communities Act, 1972 gave ‘supremacy’ to ‘rights and obligations’ under ‘the (EU) treaties’ over domestic UK law. The 10,000-page combined code of these obligations or the acquis communautaire covers every branch of law and regulates all aspects of society.

To give one example of what this meant, in Ex P Factortame Ltd, at the instance of a company of Spanish fishermen, the House of Lords restrained UK’s Secretary of Transport from enforcing the terms of UK’s Merchant Shipping Act, 1988, which required ships to have a majority of British owners if they were to be registered in the UK. The judgment was given solely on the basis of the European Court of Justice’s opinion that the UK Act was incompatible with European law. While such judgments considered provisions of EU law that were directly applicable to the issue involved, a parallel body of case law emerged which required UK courts to interpret domestic legislation in the light of European law even when it was not directly effective to a dispute. (See Ebb Vs. EMO Air Cargo, 1995 4 ALL ER 577)

It appears that this judicial trend caused considerable public disconcert when a small-time fruit vendor, Mr. Thoburn, was prosecuted by the Sunderland City Council in 2001 for selling bananas by the pound, thereby breaching EU directives requiring metrification. These directives were held to prevail over UK’s Weights & Measures Act which allowed both metric and imperial measurements. Thoburn (who unfortunately passed away at 39 after failing to get his conviction overturned by the House of Lords) along with other such prosecuted vendors became known as the “Metric Martyrs” and were cause for popular activism against “legislation in Britain by bureaucrats from Brussels.” The fight for the cause of “Metric Martyrs” was successful enough to force the European Commission to agree to amend its directives to exempt Britain from the requirement of metrification.

This was done in specific recognition of the fact that “imperial measures form part of the traditions that are the very essence of the Britishness.”

More and more branches of UK law underwent fundamental changes without Parliamentary will. In the personal sphere for instance, EU law made written marital agreements without any independent legal advice binding on spouses and the UK Supreme Court was constrained to uphold this in Radmacher Vs Granantino despite English law and custom being to the contrary.

The most intense attack on the influence of European jurisprudence on English institutions came, not from Brexit campaigners but, from some of the most respected judges of the country. This was particularly so in the field of human rights law. The Strasbourg Court (European Court of Human Rights) had expanded the scope of the European Convention on Human Rights (ECHR) to illegitimate children, criminal sentencing, immigration, extradition, homosexuality, abortion, prisoner’s rights, assisted-suicide etc in a manner that is not envisaged by the express terms of the Convention, thereby imposing values that member states never intended to bind themselves with.

In a series of judgments, Lord Reed criticised the tendency among English lawyers to cite Strasbourg Court judgments and provisions of the ECHR when the human rights in question could well have been protected by reference to English common law principles. He elucidates this approach in this speech to the Inner Temple .

This sentiment is echoed by UK’s longest serving judge of appeal court, Lord Justice Laws, in his Hamlyn Lecture, where he calls deference to the Strasbourg Court “unwarranted”. He says human rights law “will enrich us… If we develop it according to the methods and principles of the common law.”

The man who was recently called the “Brain of Britain” has been even less charitable to European human rights jurisprudence. In this well-publicised speech, Lord Sumption blames the Strasbourg Court for undermining the democratic processes in the UK.

Elsewhere, he draws on his expertise as a historian to show why Britain is unsuited to be a part of any straight-jacket legal system. He says “We are less inclined to be told what to do by outside authorities than most countries. That is because of our physical location…that we have never been invaded or had a revolution since the middle of the 17th century, and we have a system of government and a legal system that has very gradually evolved and has unique features shared by no other country… we were the only country in Europe apart from Spain which was not overrun by the Nazis and we were the only one among the European countries that was among the victors at the end.”

While Brexit does not mean Britain’s exit from the ECHR (which is not a part of the EU treaties), the general resentment against the EU was fuelled in no small measure by the Strasbourg Court’s jurisprudence like in the case of its interference with UK’s centuries-old rule requiring disenfranchisement of convicted prisoners.

Therefore, it doesn’t sound unreasonable that a country with such a different legal framework from other European countries felt uncomfortable about remaining in a political union that requires uniform laws and legal administration.