How His Ahmedabad Trip Helped Shinzo Abe In Tokyo 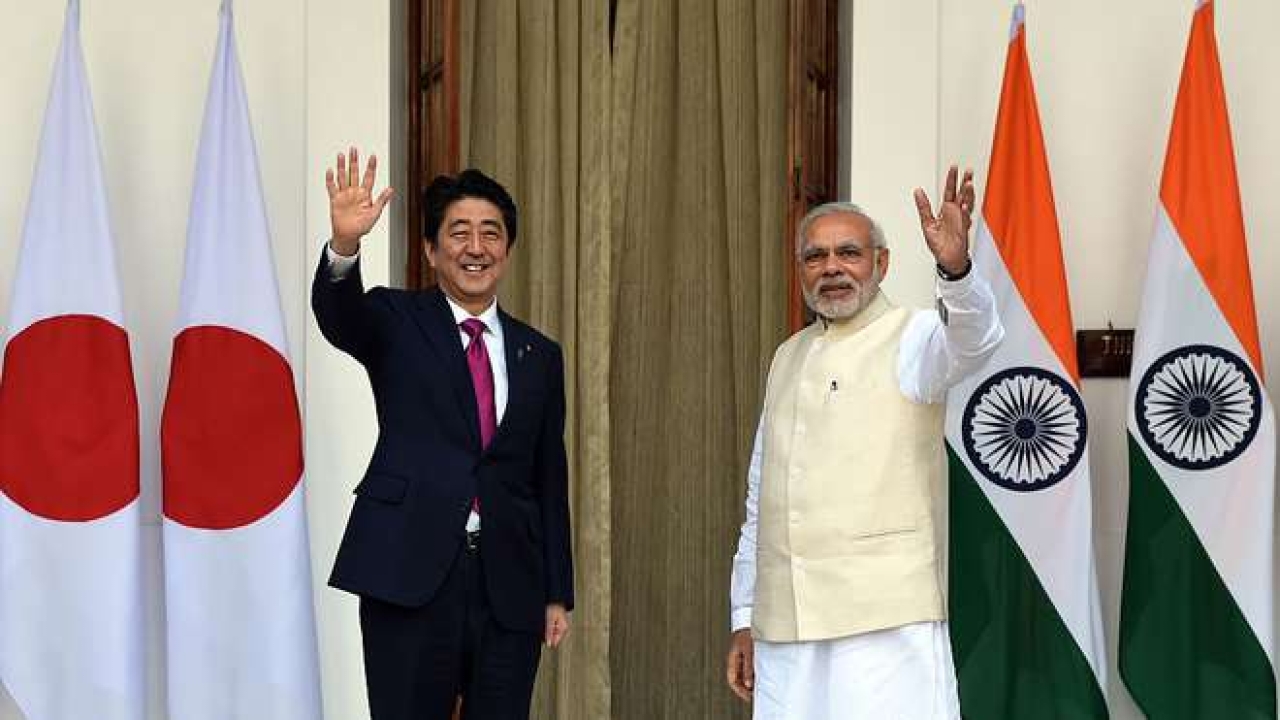 Almost five years back, I probably was one of the first to track the advent of Prime Minister Narendra Modi and Japanese Prime Minister Shinzo Abe, and as destiny had it, the ‘bromance’ between two leaders turned out to be a spectacular development for Asia in particular and the world in general.

It can be said Modi’s and Abe’s political fortunes shaped up in a similar fashion. While Abe passed the election test in October, with an unprecedented two-thirds majority, Modi is now facing one in Gujarat. At this juncture, it is apt to highlight the article I wrote on elections that Modi and Abe faced in 2012.

It would be interesting to observe that Abe’s victory had a strong imprint of Gujarat, the state which played a role in reversing his sinking popularity to hand him down a victory unheard of in Japan’s recent history.

How Ahmedabad Helped Abe Prop Up His Image Back Home

Abe and his wife Akie Abe visited Gujarat in September this year amid a relentless media campaign against the couple back home. The campaign was succeeding as his approval rating stood at just 30 per cent. In August, even his visit to India was doubtful. But post-Obon holidays in Japan, Abe and his wife arrived in India on 13 September and the Prime Minister Abe tweeted for the first time in more than six months – a picture from the aircraft. From February to 13 September Abe's Twitter account had fallen silent, and his back was firmly against the wall.

What followed was a change in the perception of the Japanese leader among his people. The Japanese media, which was baying for blood, was confused at the visuals of 55,000 people of Ahmedabad waving flags and greeting Japan's first couple seated in an open convoy. Accompanied with India’s traditional dances, the convoy passed through beautifully landscaped riverfront. The mainstream media in Japan completely downplayed the event, as this was absolutely against the narrative they peddled. But just as in India, the internet is a big leveller and was abuzz with the strategic importance of this visit.

Importance Of India and Modi For Japan

Standing next to the first couple, was India's Prime Minister, the leader of the world's largest democracy of a billion plus people, smiling and according them the highest honour, and this is what people found ways to watch live on web in their prime time. In a multi-polar world, from the perspective of Japan, this was very important. Abe's visit happened in the backdrop of provocative missile tests by North Korea. The images were most certainly reassuring to the Japanese people when it is commonly understood that that China and Russia would not be of much help to Japan in a crisis with North Korea, and the relations with the US was mired in self-doubt.

An emotional Abe said he shall never forget this welcome, and also recalled the bonhomie his grandfather and former prime minister Jawaharlal Nehru enjoyed. He vowed to help India become economically stronger. In a private dinner, Modi invited Abe to visit Gujarat again to go along with him to see the lions.

Upon his return to Japan, Abe called for a snap election. He used his visit to India to highlight Japan’s global standing. This went down well with many common people of Japan.

I share an interesting interview Abe gave, and which he highlighted across rallies. Here’s a word for word translation of the first video (out of the four) describing the welcome he received in India, and which went viral big time to win hearts and election.

Journalist Arima: It was an outstanding welcome in India for you. Our mainstream media surprisingly did not consider it important. But people could see directly on the Internet and were stunned to see such an unprecedented welcome. You have been focusing on India, haven’t you.

Prime Minister Abe: Kindly appreciate that it was not the welcome for me, but it was for Japan.

It was for the Japanese prime minister… the grand welcome.

I want people in Japan to understand that how much warm feeling India has for us.

His words struck a chord with the people, especially the young, which helped him secure a landslide victory. Many found it truly astounding for a Japanese Prime Minister to use the Ahmedabad welcome to inspire his people. He played it up wisely, but it also shows the trust Abe has in Prime Minister Modi, and the bond they share.

Yet, the media in Japan was uncharitable in giving Abe and his diplomacy any credit, and attributed the victory to a ‘pathetic’ opposition.

As we move on to 2018, Japan would be looking forward to hosting Prime Minister Modi, and the Special Global Strategic Partnership is just getting better.