In The Last Lap: Modi’s Ambitious Interconnectivity Project Between India, Nepal And Bangladesh A Step Closer 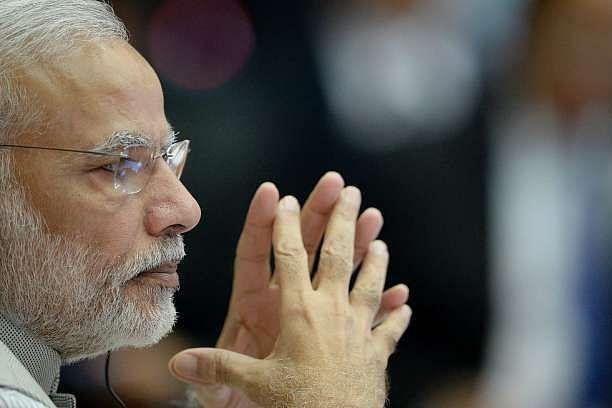 With this, seamless movement of passenger and goods vehicles of the three countries into each other's territories is expected to commence soon. By the end of this year, Bhutan is also expected to join the arrangement.

At present, goods and passengers traveling between the South Asian nations have to be transhipped at the international borders, thus leading to wastage of time and increase in costs.

India, however, has similar reciprocal arrangements with Bhutan and Bangladesh: vehicles from these two nations can enter and travel through India, and vice versa, quite smoothly.

Modi had proposed this regional interconnectivity plan at the 18th SAARC Summit in Nepal’s capital Kathmandu in November 2014. But due to Pakistan’s compulsive opposition to all Indian proposals, an agreement could not be reached.

New Delhi then proposed a sub-regional connectivity project involving the BBIN (Bangladesh, Bhutan, India and Nepal) grouping. Subsequently, a BBIN Motor Vehicles Agreement (BBIN MVA) was signed at a meeting of transport ministers of the four nations at Bhutan’s capital Thimphu on 15 June 2015.

This agreement was to have paved the way for easy movement of passenger and cargo vehicles belonging to one member nation into and through the territory of another member nation.

Thus, vehicles from Nepal and Bhutan would have been able to travel through Indian territory to Bangladesh and vice versa. The agreement was aimed at boosting exports from landlocked Nepal and Bhutan through sea ports in India and Bangladesh.

The need for transhipment at the borders has acted as an impediment for exports, especially of perishables, from the two Himalayan countries.

India and Bangladesh got down to the tracks very soon to carry out pilot projects. A cargo truck from Kolkata bound for Agartala via Bangladesh was flagged off on 1 November 2015. In August next year, another Bangladesh-registered truck carrying garments made its way to New Delhi as part of the trial run.

While India, Nepal and Bangladesh quickly ratified the BBIN MVA, it was rejected by the Upper House of Bhutan in November 2016 after it won the approval of that country’s lower house earlier that year.

Bhutan’s upper house rejected the BBIN MVA fearing that a large number of vehicles coming into the Himayalan kingdom from neighbouring countries would disturb the fragile ecology of the region and would adversely affect the interests of Bhutanese transporters.

Bhutan’s objections were also driven by its frosty ties with Nepal, and Bhutanese lawmakers feared that the entry of trucks and passenger vehicles bearing Nepal number plates would have angered the country’s electorate.

Bhutan, however, told the other three countries to go ahead with the agreement and assured it would enter the pact at a later date. Of late, Thimphu has indicated that it would work towards getting its upper house on board to ratify the agreement.

India, Bangladesh and Nepal also conducted a trial run of a passenger bus from Dhaka to Kathmandu via North Bengal in April 2018. The project received another setback with Nepal voicing reservations after the trial run.

But New Delhi and Dhaka worked on the Nepal leadership to convince them to come on board again. A couple of months ago, Kathmandu signalled its intent to go ahead with implementing the agreement.

Ultimately, a joint working group of the three countries was constituted and is meeting in New Delhi for two days from today (30 January) to finalise the BBIN MVA protocols.

The two protocols — Passenger Vehicles Protocol and Cargo Vehicles Protocol — will specify the formalities and modalities for seamless movement of vehicles between the three countries with minimal checks at the borders.

New Delhi plans to extend this agreement to include Myanmar and, subsequently, other South-East Asian nations.