India And The New Great Game In Central Asia 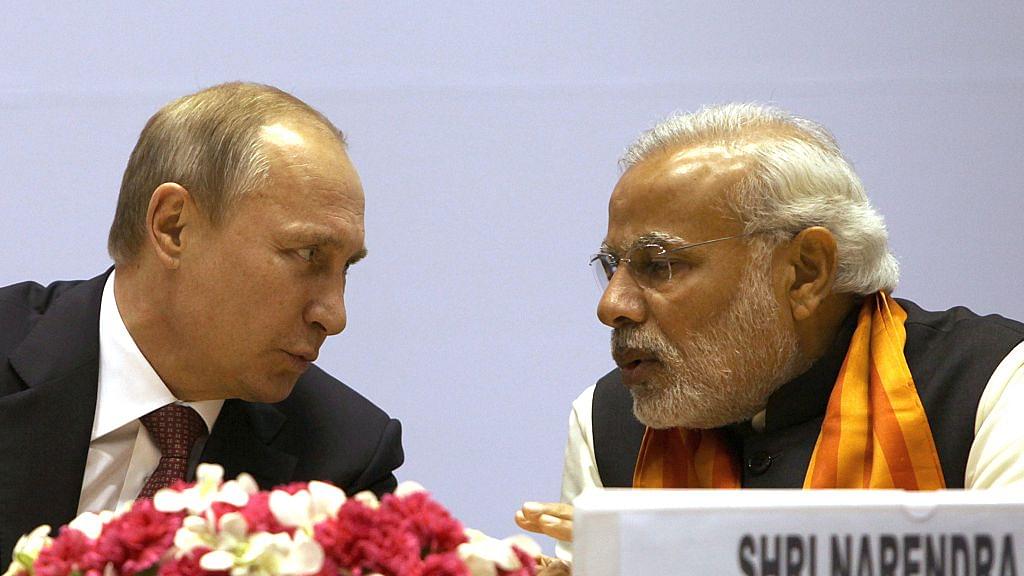 Prime Minister Narendra Modi is once again visiting Central Asia – Tashkent to be specific, and will be attending the Shanghai Cooperation Organisation (SCO) Summit. If one traces on a map most of the routes of his foreign visits over the last one year or so, and then observes where the common point of intersection is, it will emerge somewhere in Central Asia or nearabout.

Modi is doing something which is of critical importance to India’s strategic dynamics. He is setting the stage for India’s outreach to a region to which connectivity has been denied to it for the last 25 years.

Those who follow the happenings in and around this region are also aware that a ‘New Great Game’ is being played there – a game often revolving around connectivity, infrastructure, energy and ideology. India is a part of that game without being an effective player because of its lack of connectivity. Without commensurate influence arising out of either common borders or connectivity it could at best be a bit player.

The US being a superpower does not require that criteria to be a major player.

Observers and analysts also sometimes forget that the hinge for the US rebalancing and pivot to Asia remains embedded there in Central Asia. The front edge of the swinging door is simply inching from South West and West Asia towards the Indo-Pacific but nothing changes in Central Asia as far as the US interests go, hence the hinge.

Before coming to the SCO itself, it may also be pertinent to point out that the strategic balance in the region of the New Great Game is changing with the emerging return of Iran to mainstream international politics.

Modi was well advised and his focus on Iran emerges from a sense of pragmatism and opportunity. The trilateral transport and transit corridor agreement between India, Iran and Afghanistan is a potential game changer, providing India the opportunity in two fields denied thus far – first an outreach to the Central Asian region and second a chance to partake in the game of infrastructure, trade and transit. Suddenly, it turns on its head the complete concept of Pakistan’s denial to India of the natural outreach to its near abroad region.

The Prime Minister’s visit to Tashkent may carry some symbolic value of 50 years of the Tashkent Agreement between India and Pakistan, signed on 10 January 1966. It isn’t also just about the NSG issue and an opportunity to meet Russian President Vladimir Putin and Chinese President Xi Jinping. These are just contextual issues because the Nuclear Suppliers Group (NSG) meets at Seoul on 24 June, a day after the SCO meeting. No doubt India has invested a lot in the campaign to become a member of the NSG but SCO is something quite different.

SCO, initially an exclusive club formed in 2001, comprising China, Kazakhstan, Kyrgyzstan, Russia, Tajikistan and Uzbekistan, was apparently China’s attempt to influence its near abroad. In due course other countries – India, Mongolia, Iran and Pakistan – joined in 2005 with observer status.

Since 2010, efforts have been on to admit India and Pakistan as full-fledged members. However, as in South Asian Association for Regional Cooperation, other countries are usually apprehensive of India and Pakistan being together in any organisation fearing that their rivalry will dominate proceedings. In 2014, the mechanism for the induction of India and Pakistan was drawn up. It was expected that at the Russian city of Ufa, the final welcome would be made but that did not happen due to the devil of detail.

Much against what may be imagined, China is actually keen on India’s entry into SCO because it will expand the scope of the club and three major economies that of Russia, China and India will push the worth of the organisation manifold. It must be remembered that while China has been pushing relationships with all the member countries on a bilateral basis a multilateral organisation always adds to credibility and opportunities, especially as Beijing seeks certain specific outputs from this.

Firstly, it hopes to get greater substance from President Xi Jinping’s initiative of the One Belt One Road, a development strategy and framework that focuses on connectivity and cooperation between China and countries from Eurasia.

Secondly, the creeping radical ideology into the Central Asian region worries China due to the proximity of Xinjiang, where a restive Islamic Uyghur population resides. China hopes that inclusion of India and Pakistan will assist in greater efforts towards finding ways in diluting radical influence. This may sound a bit of an oxymoron considering that Pakistan itself is the core centre of radicalism.

Full membership of SCO for India and Pakistan may yet not materialise at Tashkent. However, the opportunity to engage through a forum which seems to have every nation involved in the New Great Game (dialogue partners included) is a temptation. Even with full membership the sensitivity of the region is such that it will yet take many years for the potential of partnerships to be realised. What India is doing is the right thing, seeking opportunity in the rapidly changing strategic environment and projecting its own relevance now that it has an opening, emerging in the form of connectivity to the region.

Will India’s visibly strengthening relationship with the US be a liability in this group where two US adversaries – China and Russia – hold sway? In fact, SCO would probably welcome India’s presence to forum as it would probably bring far more balance without losing focus.

Lastly, the focus on the actuals should not be lost sight of. SCO’s composition is the only real forum which brings the issues of the New Great Game to the table. Energy, trade, infrastructure, connectivity, ideology or terror, all play a role here. There are politics involved in each.  What better way of reducing risk, providing opportunity and ensuring engagement than by being a full-fledged and involved member of this grouping.

Modi’s travel may be with focus on the tactical purpose of engagement prior to the NSG decision. Yet, the larger picture still revolves around India’s interests in the Central Asian region and the New Great Game which now have a different dimension after the PM’s visit to Iran.