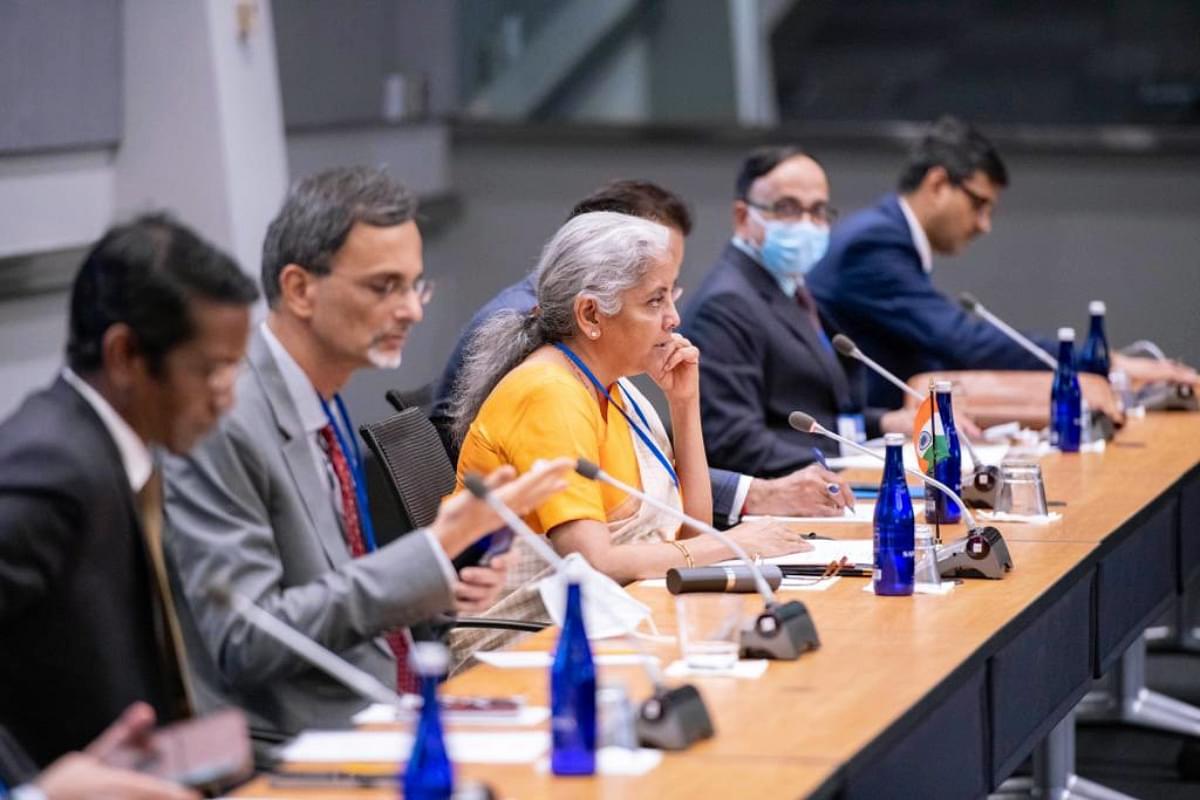 Washington, Apr 23 (PTI) Amidst a global shortage of food grains in the aftermath of the Ukrainian war, countries like India which have the potential to address this by exporting agricultural products, in particular cereals, are facing difficulties from the World Trade Organization, Union Finance Minister Nirmala Sitharaman said Friday.

Responding to India's concerns, WTO Director General Ngozi Okonjo-Iweala during the just-concluded annual Spring meeting of the International Monetary Fund and the World Bank said that the organisation is looking at it very positively and hopefully it would be sorted, the minister told a group of Indian reporters here.

The United States has requested India to help out with the food grain situation right now, India's Ambassador to the US Taranjit Singh Sandhu noted during a news conference with the minister.

'I was very positively inspired by the fact that in the plenary...response from the WTO was very positive. I hope we'll break that decade-long restriction which has held us back from using our agricultural products after taking care of the buffer we need for food security purposes. So that the farmers also can get a better return,' Sitharaman said in response to a question.

She said India has identified opportunities of export of food grains and also manufacturing in the aftermath of the Ukrainian crisis.

'The opportunities that we have identified and have progressed in it...our export of food grains, particularly wheat. We are probably now tapping also for our manufacturing goods to move to destinations which are now suddenly found as their suppliers are in a situation they can't continue with uninterrupted supply,” she said.

The war has revealed some realities to the world, she added.

'In some of the interactions that I've had, in one of the sessions (that) impacted the plenary itself, I had voiced that countries like India which have potential for exporting agricultural produce, particularly cereals, have faced difficulties with the WTO,” she said.

'Because of that, where the entire plenary was recognising that there's hunger and shortage of food grains all over the world, countries like India, which can probably supply are facing difficulties with WTO. In the plenary, DG WTO was also present, she was gracious enough to say addressing me...that (they) will address this issue, but we are looking at it positively and will hopefully be sorted,” she said.

'So that was a very positive and very optimistic kind of immediate response from the DG. These are kind of opportunities that we're carving out of a challenging situation. India is trying to...find markets for its product and two; of meaningful assistance that where there is hunger, there are grains to go and nothing should stop them from going there,” she said.

Referring to the impressive progress made by India in digitilisation, she said there is now realisation that the more digitalised a country is, financial inclusion and therefore benefit reaching the subjects is an easier task.

“So India's achievement in terms of the digitisation that has taken place in the recent past and the benefits that India could derive because of the digitalisation during the pandemic and even now because of it, are being recognised,” she said.

Several countries, she said, are coming to India to know more about it.