India First: Relations Between India, Britain And Europe Must Be Based On India’s Interests 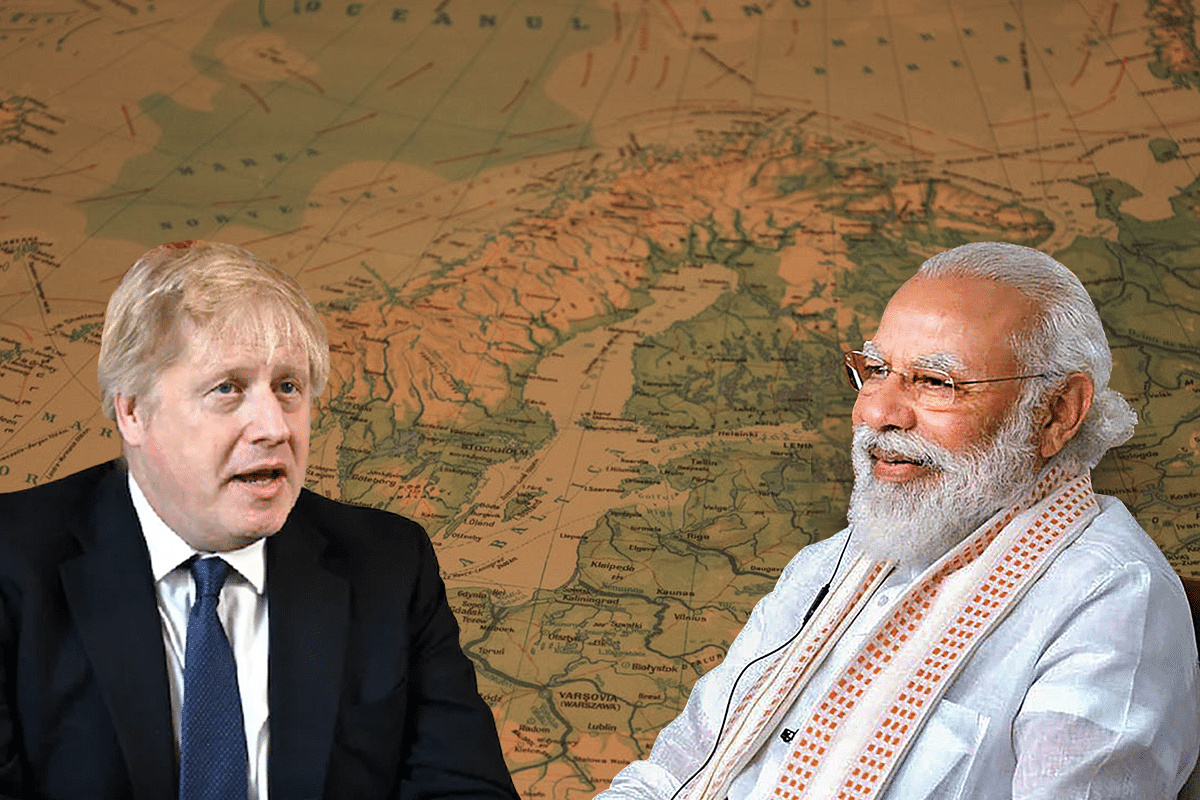 There has been a virtual procession of officials and leaders coming to India in the recent past. This has led to some fine ironies. For instance, the US official Daleep Singh, who threatened India with 'consequences' if it didn't bow to US diktats on Russia, is reported to be going on 'extended leave', which is a euphemism for 'has been fired'. A little schadenfreude, especially because he is also the architect of US sanctions on Russia. That didn't work so well, did it?

Another irony was the overlapping visits of the Prime Ministers of Mauritius and Britain. If India wanted to grandstand, it could have offered to mediate between the two countries regarding the Chagos Islands. The UK bought them from Mauritius, forced Chagossians into involuntary exile, and leased Diego Garcia to the US as its principal naval base in the Indian Ocean.

The World Court ruled that Britain must return the islands to Mauritius. Britain is ignoring the rulings. The Americans should be unhappy if Diego Garcia's legal status is dicey.

However, India did engage with the Argentinians, who, a couple of days after the UK Prime Minister's visit, inaugurated an initiative in Delhi to push the British to return the Falklands (known as the Malvinas) to Argentina. The two fought a brief war over the islands some years ago. The fact that India (which does not a priori have major interests in those remote islands) is involved is an interesting 'consequence', perhaps not exactly what the good Daleep Singh intended.

In his defence, it must be said that British Prime Minister Boris Johnson did a nice song and dance in India, talking all sorts of mutual interests and promising all sorts of collaboration and trade benefits for India, and talking up British research and development and industrial capability.

Call me prejudiced, but for the life of me, I cannot see any sector in which Britain has any competitive advantage or anything to offer India. This is abundantly clear in the consumer arena: there is not a single British product that has brand value anywhere, with the exception of Scotch whiskeys and, ok, a personal favourite, Burberry raincoats. Gone are the days when British brands from MG (owned by China's SAIC) to Rolls Royce (car division now owned by BMW) to Marks and Spencers were household names.

My late uncle, who was a doctor in Britain, and a trenchant observer of that country, had an interesting explanation. He felt that Britain had long been under no pressure to build good products because it could just force hapless colonies (read: India) to buy their stuff. Whereas Germany and Japan built great products that everybody wants, because they had no choice.

The net result is that today the only worthwhile things that Britain may be making are engineering goods and industrial/military subsystems. (It is true that there is some good R&D coming out of there, for example, the firms DeepMind and ARM, and the Astra Zeneca Covid-19 vaccine, sold in India as Covishield).

The one British military product that may be of real interest to India is Rolls Royce aircraft engines. Along with the US' General Electric, they designed a new-generation fighter-jet engine, the F-136, which unfortunately lost out in a race with Pratt and Whitney. This product was shelved in 2011, but it may well be appealing to India as the indigenous Kaveri engine is still not viable.

Given the extraordinary cost and time taken to build expertise in aircraft engines, it would make sense for India to acquire this technology, preferably lock stock and barrel. Of course, the British would rather make India a captive consumer of AUKUS technology, with all the usual strings attached. India should drive a really hard bargain, because there are no other potential customers for this engine.

This also illustrates a major problem with British high-tech goods, because they will continue to act as an extension of US Deep State restrictions, and we all know how much love the Deep State has for India. It is a dilemma all around, but it's worth considering.

Maybe there are other such diamonds in the rough, or else India would not even be negotiating with the UK, because in general India gets no mileage out of engagement. The benefit flows the other way. For instance, India gets almost no value out of the British Commonwealth (just quit it!), whereas that entity gains credibility because of India's large economy and population. India is not part of the Anglosphere and never will be; in fact, there is no reason to want to be.

The Economist magazine had a story wherein they accused Asian nations of reacting to the Ukraine war based on their interests, and not based on 'values'. That was a hilarious Freudian slip, because that's exactly what the West has always done: values and morality be damned, their own national interests are the only things that count.

India's External Affairs Minister, Dr S Jaishankar, has been quietly saying similar things in various palavers: that India too has its own interests, and it will pursue them, even at the risk of pissing off the Americans. Such an "India that can say no", not one that is a passive follower of Western diktats, is not at all what the West wants, and they are very clear about it.

The European Union's President Ursula von der Leyen was the chief guest at the Raisina Dialog 2022 a few days after Boris Johnson's visit (and the Polish Foreign Minister Zbigniew Rau was also in town). The EU and India agreed to establish a trade and technology council, but the thrust seemed to be on weapons sales: the Europeans may believe they can replace Russia as the vendor of choice.

The EU does offer a lot more than Britain does, especially given India's close ties with France; and India would like more trade with Germany. But it is hard to get over the impression that all this is part of the full-court press from the Americans to bully India into sanctions and condemnation of Russia. I hope India will take the nascent 'India First' line rather than be coerced.

Given the folly of the escalating Ukraine war (which is likely to hurt Europe's energy security and the US-led global financial system), and America's return to Atlanticism under Biden, European issues occupy a larger-than-life mindshare in the global narrative right now. Conversely, with the evisceration of the Quad (after AUKUS) and the dilution of its strategic mission, India's concerns about the Indo-Pacific are being downgraded by the West.

There is no reason for India to accept that line, as geography is destiny. Besides, the West's attempts to isolate Russia are counterproductive for India, as they are merely driving Russia into China's arms. Europeans should ponder on how easily China was able to open a new front against Australia by tying up with the Solomon Islands. Maybe they will get a feel for what China's salami slicing and massing of troops in the Himalayas means to India.