India Should Approach Nepal As An Equal, Not Like A Patronising Elder Brother 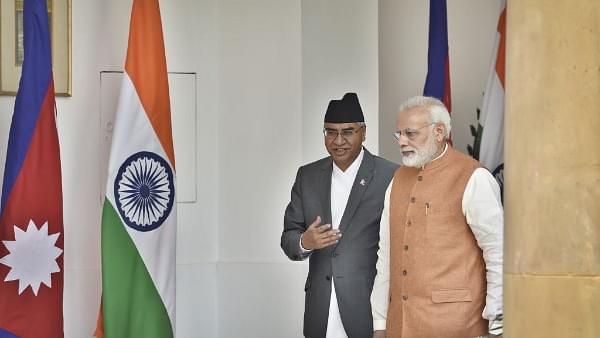 Immediately after the communist alliance swept the polls in Nepal about a month ago, the South China Morning Post reported that the election results represented a “repudiation of long-standing Indian influence over Nepal and an endorsement of stronger ties with Beijing”. And that is the “reality” that India must accept, a senior leader of Nepal’s communist alliance, who is perceived to be favourably disposed towards India, bluntly told an Indian diplomat who visited his house in Kathmandu last week.

It was widely predicted that the alliance between the Communist Party of Nepal (Unified Marxist-Leninist) (CPN-UML), the Communist Party of Nepal (Maoist Center) (CPN-MC) and the smaller Naya Shakti Party (NSP) would win the federal and provincial polls in Nepal. The alliance, formed in early October, caught most, including New Delhi, completely unaware and represented a massive victory for China over India in Nepal. Beijing had worked intensively to nudge the warring communists in Nepal to join ranks, and New Delhi had no idea of these machinations.

During the election campaign itself, CPN-UML leader K P Sharma Oli had rooted strongly for closer economic, cultural and educational ties with China to take Nepal out of India’s overwhelming influence. He had said that unlike the small investments that India makes in Nepal and the snail’s pace at which Indian projects in the Himalayan country progresses, Chinese projects are fast-paced and will create jobs, while massively boosting Nepal’s economy. He also promised to re-award the massive 1,200 MW Budhi Gandaki Project to China after the last Nepali Congress-led government had scrapped it on the eve of the polls.

Last week’s opening of an optic fibre link with China – Nepal was thus far dependent solely on India for access to the worldwide web through three point on its 1,700 km long border with India – marks the first but greatly significant step in Kathmandu, decisively scaling down India’s influence over Nepal. The country’s newspapers gloated that the opening of the internet link from China symbolises the “beginning of the end” of India’s “overwhelming and extortionist influence” over Nepal. The reference was to the massive fees and royalties that Nepal had been paying to India’s state-owned internet service provider as well as two Indian private players. China, on the other hand, is charging next to nothing for providing internet access to Nepal.

Much as New Delhi may dislike it, deepening of Nepal-China ties over an increasing range of areas has become a reality. There is nothing that New Delhi can, and should, do about it. Nepal is, after all, a sovereign nation and should be left free to chart its independent foreign policy. And, a few years down the line, Nepal will itself realise (like Sri Lanka, Myanmar and some African nations already have) the economic enslavement that massive Chinese investments in infrastructure and other sectors ultimately lead to. Nepal will then automatically seek bailout from India (like Sri Lanka has) and New Delhi should, instead of crying over spilt milk, prepare for that eventuality.

There are also some very important lessons that India needs to learn from this debacle in Nepal. The first is how not to turn a friend into an antagonist. The CPN-UML chief Oli was, not till very long ago, perceived to be a friend of India. That was till India, in an ill-advised move, fully backed the Madhesis who wanted major amendments to the draft Constitution of the country in 2015. Oli wanted to enact the draft Constitution which, the Madhesis held, had many discriminatory provisions and favoured the hill elite.

The Madhesis launched an intensive stir, including a blockade of vital supply points along the Indo-Nepal border, that India was seen as backing. The blockade, which choked supply of all goods (landlocked Nepal is almost entirely dependent on foodstuff and other goods coming in by road from India) and led to a debilitating shortage of food, fuel and even medicines in Nepal, marked the lowest and darkest point in Indo-Nepal ties. The Madhesis have close familial, linguistic and ethnic ties with the people of Bihar and eastern Uttar Pradesh, and most in Nepal strongly believed that India backed the blockade because of these ties. India was seen as according priority to the Madhesis over its age-old relationship with Nepal.

The blockade hurt Indo-Nepal ties and turned Oli into a fierce critic of India. The contrast between the many anti-India demonstrations on the streets of Kathmandu that time with the ecstatically adulatory response that Prime Minister Narendra Modi received when he visited Nepal just a year earlier were especially stark. It was during the blockade that Oli turned towards China and signed treaties with Beijing for supply of fuel and goods through Tibet. Beijing, spotting a golden chance to wean Nepal away from India, did all it could to whip up anti-India sentiments and increase its footprint in that country.

Nepal witnessed political turmoil in the months following the blockade and Oli had to ultimately step down as prime minister after the CPN-MC, which was a part of the coalition government, broke ranks and joined hands with the Nepali Congress to form the next government. The formation of the NC-Maoist alliance was widely perceived in Nepal as the handiwork of New Delhi. Oli has, obviously, turned a foe of India ever since.

Popular resentment in Nepal against India, which started with the 2015 blockade, then deepened due to the political uncertainties and turmoil in that country. India has always been viewed as the big brother and occasional bully by the Nepalis. India has a history of ham-handed dealings with Nepal. Many in India’s foreign policy establishment view and treat Nepal as India’s backyard and feel India should be the final arbiter of Nepal’s destiny. Nepalis resent this deeply.

The mishandling of the Madhesi issue by India was largely due to flawed advice to the country’s political leadership by a section of foreign policy experts and foreign office mandarins who have traditionally viewed Nepal as a client state of India. Their clumsy dealings with Nepal have created a negative impression there, especially among its academics, intellectuals and policy makers.

Thus, by the time Nepal went to the polls late last year, its electorate was largely convinced that the only way to ensure political stability – a prerequisite for economic progress – was to vote for the communist alliance which was seen as the only entity that could stand up to Indian interference. That’s because the communists, especially Oli and his party, are close to China. It is only with China’s backing, feel many in Nepal, can Kathmandu limit India’s overarching influence over Nepal.

But all is not lost yet and India can still do a lot to regain the lost goodwill. India has deep civilisational and other ties with Nepal that China, despite its power and deep pockets, cannot match or replicate. Nepal’s border with Tibet is rough and treacherous and, thus, prospects of large-scale trade through the Nepal-Tibet border is limited. Above all, China never has any altruistic motives in helping any country, least of all Nepal. Kathmandu will realise this eventually, and when it does, India should be prepared and equipped to re-embrace it as an equal, not patronisingly as a little brother.