India-UK Relations In The Political Era Of Boris Johnson 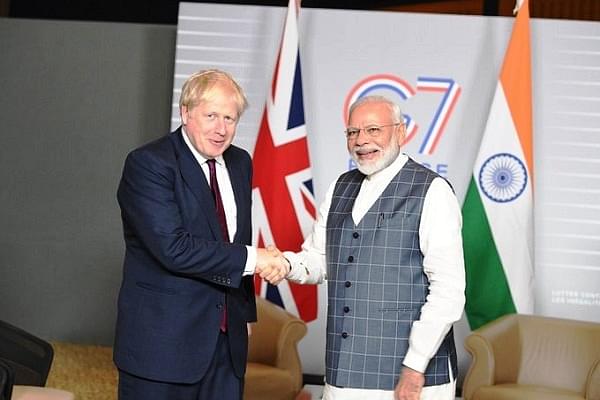 With Prime Minister Boris Johnson’s win, any possibility of undoing Brexit has disappeared and the United Kingdom (UK) is set to be leaving the European Union (EU) on 31 January 2020.

Brexit itself has many implications for India’s relations with the UK and EU with regard to market access and immigration.

However, PM Johnson’s win is significant for another reason — it highlights the Indian diaspora’s growing influence in local politics and signals greater regional and security cooperation between the UK and India.

Perhaps the most significant and tangible impact of Brexit will be friendlier immigration policies for Indian students and workers.

With the UK out of the EU, the preferential treatment given to EU workers will no longer remain, creating more space for Indian students and workers while levelling the playing field.

Students will also get six instead of the present four months after completion of studies to look for job sponsorships.

Further, the White Paper on immigration, which is set to be in place from 2021 to 2025, favours Indian students and workers as it proposes a skills-based system, giving preference to high-skilled workers while also removing caps on the number of skilled workers.

PM Narendra Modi called UK India’s gateway to the EU, but a post-Brexit UK can change that. Currently, India can access EU markets through UK ports. Post-Brexit, Indian ships will need to tap into EU markets themselves.

Specially with UK busy in post-Brexit negotiations, and India not being a tier one country in the same, any trade deal with the UK is not likely in the near future.

India can, instead, focus its energies in getting market access to the EU. This will also increase India’s overall goods exports.

Although past governments have also had People of Indian Origin (PIO) in the cabinet, PM Johnson’s government stands out as the home secretary is not only the Gujarati PIO Priti Patel, but also someone who is seen as especially pro-India and friendly towards the Modi government.

As the UK’s first PIO home secretary, this is good news as Secretary Patel will be handling national security, terrorism, immigration, and more.

The fact that PM Johnson himself has personal ties to India and understands the importance of the Indian diaspora in British politics is welcome news to India as well, especially in the light of the backlash that India would have suffered if the Labour Party had won, given its stand on issues like Kashmir.

Many are calling the Labour Party loss a ‘punishment’ for Jeremy Corbyn’s support of the hard stance on Kashmir propagated by Pakistani Members of Parliament, which is no surprise, given that PIOs are the largest ethnic group in the UK.

The fact that this is the second time after Howdy Modi that a foreign leader is using PM Modi’s popularity within the diaspora to attract voters also shows the growing influence of Indian domestic politics in foreign politics.

The areas that will see the most headway with PM Johnson’s government that would have been unlikely with a Labour Party are regional and security cooperation. Besides backing India’s sovereignty in internal matters like Kashmir, the new government will also serve as a great partner in combating terrorism.

Pro-Khalistan groups that seek to carve out a separate state from Indian Punjab have been active in the UK, with just last year a major rally which the UK government refused to intervene in, despite the Government of India’s prodding, being held.

Johnson and his cabinet members are known for a tough stand on terrorism, and could help in removing frictions between India and UK regarding anti-India Khalistan activity in the UK.

More importantly, as India continues engaging with the quad, takes maritime security more seriously, balances China, and continues to look for new partners and stakeholders for the same — as demonstrated with New Delhi’s activism in the past week as it conveyed two dialogues — PM Johnson’s government could not come at a more opportune time.

Especially since just last month, the British Royal Navy sent its representative to the Indian Navy’s Information Fusion Center in Gurgaon, as India and the UK edge closer on the Indo-Pacific as part of an evolving strategy.

As Foreign Secretary, PM Johnson had expressed how he wanted to send British Aircraft carriers to the South China Sea and through the strait of Malacca which is wedged between the Indian Ocean and the South China Sea, provoking backlash from China which claims territorial sovereignty in the South China waters.

With PM Johnson at the helm, Indo-UK cooperation on these issues will also fast-track as India balances China’s growing ambitions with India’s own aspirations within the region.

India should also use this opportunity of having a friendly pro-India UK government to push for developing the indigenous “copy-cat” Super Naval Carrier called INS Vishal.

The elections in UK have provided for an unprecedented opportunity where there now exists a government where the PM has personal ties to India, a Home Secretary who is especially seen as tough on terrorism and security, and a pro-India government in general.

As Brexit gets set in stone, India could gain through friendlier laws for Indian students and workers, while also having an opportunity to spread its tentacles beyond the UK into EU markets.

As the Indian diaspora exerts its influence in domestic British politics, India should also use the opportunity to safeguard its own national and security interests through greater regional cooperation with the UK.