India-US And Pakistan-China: The Dynamics That Matter Post Pulwama 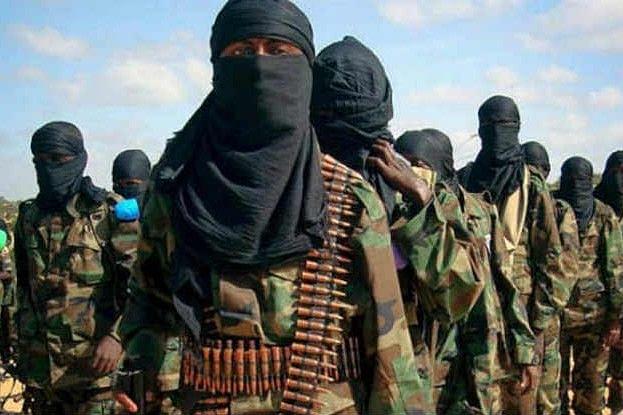 Post the Pulwama attack, White House Press Secretary Sarah Sanders condemned the terror attack and called for, “Pakistan to end immediately the support and safe haven provided to all terrorist groups operating on its soil, whose only goal is to sow chaos, violence, and terror in the region. While it is a welcome statement, it would be naive on the part of India to consider this as an unconditional support by the USA for India’s war on terror.

Notwithstanding the rhetoric, the only consistency in the US policy towards terrorism has been its inconsistency. It was the US which midwifed the birth of jihad in international terror parlance when it financed, armed and trained mujahideens in Afghanistan, after the Soviet invasion in 1989. From Iraq to Syria to Libya and now Afghanistan, the US has come across as a nation, which is increasingly been seen as an unreliable ally because of its obsession for regularly dismissing any moral obligations towards allies.

Pakistan has for long shared a love-hate relation with the US since it became the epicentre of their foreign policy when it launched its not so covert war against the Soviets after they invaded Afghanistan in 1979. This dalliance continued with arms, funds and maulanas propagating virtues of jihad poured into Afghanistan via the conduit of Pakistan, till the Soviet withdrawal in 1989.

As the US interest in the region waned, Pakistan created Taliban to take control of war-ravaged Afghanistan and securing the much sought-after strategic depth against India. The battle-hardened mujahideen were diverted to Kashmir where they not only fought Pakistan’s war physically but also tactically by training and motivating local recruits. The ethnic cleansing of Kashmiri Pandits from the Valley was a consequence of this introduction of Afghan war veterans into the scene. This low intensity hybrid war has continued relentlessly ever since.

The interests of the US were revived in the region after 9/11, when they coerced Pakistan reportedly under duress of being “bombed back to the stone age”.
Realising that the US-led NATO war on Taliban in Afghanistan required Pakistani territory to transport equipment and material, led to increasing brazenness from Pakistan.

Infuriation and exasperation from successive US presidents about material and financial support from Pakistan to terror groups, particularly the Haqqanis (which led to significant casualties amongst the NATO forces) has amounted to nothing. President Donald Trump’s 2018 New Year Twitter blitzkrieg against Pakistan was scathing. He tweeted:

The United States has foolishly given Pakistan more than 33 billion dollars in aid over the last 15 years, and they have given us nothing but lies & deceit, thinking of our leaders as fools. They give safe haven to the terrorists we hunt in Afghanistan, with little help. No more!

He promised to “no longer be silent about Pakistan’s safe havens for terrorist organizations, the Taliban and other groups”. This was preceded by Vice President Mike Pence warning Pakistan and putting it on notice for support to Taliban insurgents.

True to character, the Pakistani deep state, which controls the country despite pretensions of democracy, remained steadfast in bleeding the US. This was even when they pretended to extend their support for the war on terror.

In the interim, the new Cold War has made its appearance, with China bankrolling Pakistan under the China–Pakistan Economic Corridor (CPEC) umbrella. The “all-weather friendship” between the two countries had largely remained under wraps, despite Chinese support for Pakistani nuclear proliferation. Now it has been brought to the fore, adding muscle to the shenanigans of the Pakistani deep state. Chinese loans have more than adequately made up for the dwindling US grants.

Allowing the Pakistani deep state to bleed, the Afghan National Army and NATO forces through the Haqqanis and Talibani proxies without suitable retribution, however, made the Afghan war unwinnable for the US.
Exasperated, two decades down the line, the US in its haste to get out of Afghanistan has purportedly agreed to a ‘peace’ deal with Taliban through the aegis of the Pakistani deep state. Under the terms of agreement, which appear more like meek capitulation, the US has agreed to withdraw all its forces from Afghanistan in exchange for a mere promise from the Taliban that it will deny other terrorist networks from operating on Afghan territory.

The increased violence in the region (which included a suicide bombing in Iran’s Sistan-Baluchistan border province, a day before the Pulwama attack, killing 27 elite Iran Revolutionary Guards) epitomises the increasing confidence of the Pakistani deep state. This confidence stems from the assumption that the US in its desperate bid to vacate Afghanistan, requires Pakistan’s support to ensure that Taliban do not renege the ‘peace’ deal. Pakistan is, therefore, smug in its belief that none of the retributory threats emanating from the US establishment will hold water before its cold self-preservation interests.

The Pakistan-China ‘All Weather’ Friendship

The “sweeter than honey” China-Pakistan relationship is in itself a manifestation of self-interests prevailing over ideological and religious differences between the two nations. Initially, the relationship was cemented over shared animosity with India. Gradually, China’s quest to counter the US doctrine of Indo-Pacific and the Malacca dilemma, made it search for a land route connecting it to a port bypassing these choke points.

Pakistan’s willingness to mortgage territory to save itself from financial distress and as a military counter to India, has ensured the emergence of Gwadar, which they feel will allow them the breathing space in case of hostilities with India.
This nature of Chinese presence would act as a deterrent against any Indian military action as retribution to its terror activities.

It is indeed a cruel paradox that while Pakistan is shrill in its ‘support’ for Kashmiri Muslims, who it claims are being oppressed, there is deafening silence against Chinese neo-concentration camps housing a million Muslims in Xinjiang, China.

Pakistan has completely turned a blind eye to human rights violations in China. Returning the favour, China has been protecting Jaish-e-Mohammed’s Masood Azhar from being designated as a ‘global terrorist’ by UNSC 1267 committee. As a result of protecting Masood Azhar for so long, China cannot shrug off its complicity in the Pulwama attack.

Evidently, with the increase in the idiosyncrasies of an insular foreign policy of the US under President Trump, and China’s footprints spreading across the neighbourhood, India will have to calibrate its response. It will have to rely on being proactive rather than being reactive, as has been the normal for decades.