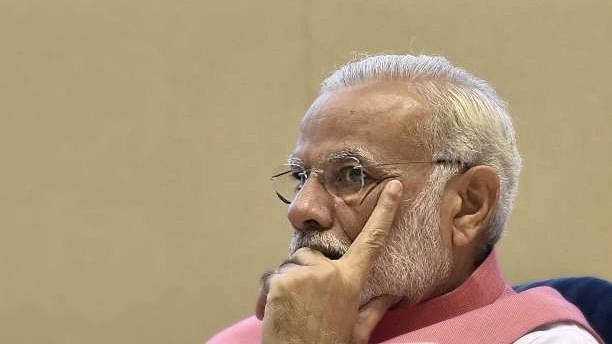 Nationalists in India have appeared with their knives out against the Modi government for India’s vote in the United Nations General Assembly that put Donald Trump-led United States of America in the dock.

The accusations range from “spinelessness” to attempts at “Muslim appeasement”. The common question being raised is, if the Bharatiya Janata Party (BJP) government acts the way the Congress and communist governments did in the past, why should the party be supported at all. Arguments regarding morality and continuity in foreign policy don’t cut much ice with those who are already well-versed on the self-interest-oriented world of international diplomacy.

However, that is exactly where the Indian vote to criticise America’s move comes in. Delhi’s act in the UN General Assembly is rooted in geopolitics and in furtherance of its interests. One word that sums up the entire reasoning behind the vote is Afghanistan. India has invested heavily in the country, both politically and economically. The Modi government would not want all the hard work it has done in the region to be wasted by a vote which is unbinding anyway. The last thing India needs is to be seen as the flag-bearer of Israel in Kabul.

Trump-led America is not averse to taking domestic and international decisions perceived by Muslims as hostile. But then, the US as the lone superpower can afford this luxury. India cannot. Indian objectives in Afghanistan are based on soft power and generating goodwill in a country which is proud of its Muslim identity. By not voting against an act largely seen by Muslims all over the world as hostile, Delhi could end up damaging its credibility in Kabul. This is something that the Modi government can ill afford. Besides, pan-Islamism is the only card that Pakistan possesses and which it can use to clip India’s wings in Kabul. The narrative of evil Hindu India out to hurt the Muslim ummah is an old one, and has been successfully used by Islamabad to demonise New Delhi among whichever Muslim state is willing to listen.

Second, a number of experts who have criticised the Indian move to castigate Washington are drawn from the same lot who hailed Indian involvement in the Chabahar port a few moons ago as a masterstroke by India and a game-changer for the region. If India has to derive the benefits from its involvement in Chabahar, it will need to tread carefully vis-à-vis its relations with Iran. Iran is largely focused on the region west of its borders. Its leaders spend much more energy in espousing the cause of Palestinians and Jerusalem than any issue east of their country. India’s UN vote on Jerusalem means that due weightage has been given to the sentiments of the mullahcracy in Tehran as well.

Critics also like to point out that Israel has been a friend of India and the Muslim world has been anything but a friend. To be specific, the Organisation of Islamic Cooperation (OIC) has regularly taken stands directed against India in its statements. So, why are we keen to support those nations – even against the lone superpower – who have always opposed us on every issue ranging from Kashmir to terrorism. This argument goes against the very basics of realpolitik. If we ought to be hostile to the Muslim states because they do the same to us, then what exactly are we trying to achieve by investing in countries like Afghanistan and Iran? The fact is that Muslim states have more divisions among them than fingers can count. We would do well to ensure that they do not join together to harm our interests. And by choosing to support them on a religiously sensitive issue, the Modi government has denied them a target to vent their frustration. We do not need to reciprocate to religious boorishness of the Islamic states with our short-sighted anger.

The US has been ditched by its closest allies on the Jerusalem decision. Countries with much less excuse to oppose the US have done so. In contrast, Delhi has very many valid reasons to act the way it did. What Modi government needs is not to feel apologetic about its vote but to explain the reasons for its choice to Washington. India has received American support in its quest to join various multilateral associations. From the Wassenaar Arrangement to the Nuclear Suppliers Group (NSG), Delhi has benefited from US diplomatic backing. Washington should get India’s friendship in return. However, India would end up being much less helpful a friend to the US, particularly in Afghanistan, if it had chosen to support Washington in this toothless diplomatic exercise.

Finally, a close Indian ally abstained from voting against the US. Bhutan was one of the 35 smaller states which chose not to take a stand against America. It is apparent that Delhi used its influence on Bhutan to sway its decision. However, it could not act the same way itself, in view of the much larger stake and profile it has in the world. One can count on the Americans to be wise enough not to ignore this.

Most people with nationalist leanings want India to look for its own interests – something similar to what Israel does. But in our haste to admire Israel and its hard-nosed approach in furthering its interests, we forget that we may not need to support the Jewish state everywhere. By not being among the conspicuous few who supported the US or abstained at the UN, the Modi government has done just what Israel would have done – looked out for its own interest.

India’s Jerusalem Vote: How It Should Be Seen

The Jerusalem Resolution: India’s UN Vote Is Not The Way To Win Friends