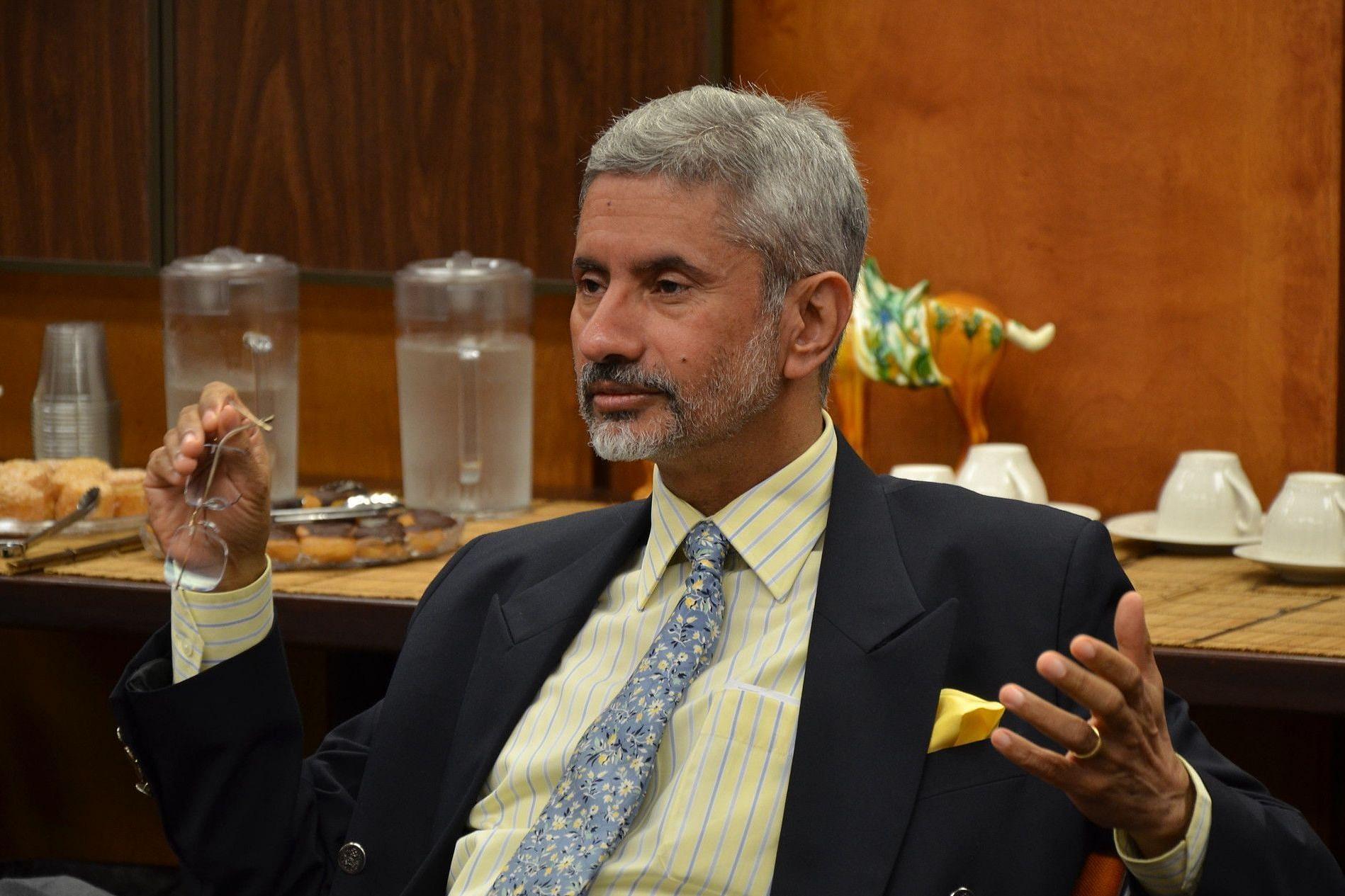 It has two distinct parts — a mainstream media narrative, and ground realities — the latter of which follows organically from the Russian-American talks held in Reykjavik, Iceland, last week.

Swarajya’s analysis of certain key economic indices indicate that no matter how stentorian or creative the media narrative may get, the ground reality is that it is America, which will need to engage more meaningfully with India, if this bilateral relationship is to create further common value.

Specifically, enhanced American access to the Indian energy market, primarily by the increased exports of American crude oil to India, will thus form both a cornerstone of American endeavours to accelerate their economic growth, and a key agenda point on Jaishankar’s meetings in Washington DC.

Ergo, any sustained narrative will be more of a nuisance to America, than to India.

A perceptible incongruity of the past few months is the inexplicably bad press Minister Jaishankar has been subjected to in India. This is a departure from past traditions, where foreign ministers (even the egregiously bad ones like Madhav Singh Solanki) were spared personal attacks, and quietly permitted to do their admittedly difficult job as India’s representative on the world stage.

Much of it has unfortunately been at the personal level: the foreign minister’s sartorial sensibilities were needlessly derided (it was said that he dressed like a waiter), and he was severely mocked in a coordinated manner, for having been temporarily quarantined during a visit to London last month.

Those derisive ripples have followed him across the Atlantic now, with commentators loudly hoping that he dresses better in America, and, ha-ha, avoids being quarantined again.

On the policy front, the invective is more refined, if not less vicious. A former foreign secretary of UPA (United Progressive Alliance) days, who got his job by superseding a dozen seniors, describes the present approach to foreign affairs as positively Hobbesian; meaning, that it is quite selfishly transactional in the securing of national aims and interests.

Leaving aside the oddity of a former diplomat sounding chary of realpolitik, the timing of this interview, or, the fact that savvy nations are necessarily meant to be hard-nosed in achieving foreign policy goals, one plausible objective of these serial castigations is an attempted diminution of Jaishankar’s standing, as India commences her engagements with a radically altered America in a post-pandemic world.

But the truth is that the cut of Jaishankar’s suit will find no place on the agenda drawn up for discussion in Washington DC, save by way of compliment. So too, remarks on the insensitive photographs of cremation pyres, which American mainstream media found strangely ‘stunning’. That’s because that’s not how geopolitics works.

Instead, the focus will, in some significant part, be on the modalities and compromises both sides agree to make on trade. In that, a key commodity will be crude oil.

This shale boom of the past two decades has been engineered by two factors, with massive geopolitical ramifications: a fixing of the global oil price around the $60/barrel band, and the ruthless, sustained cutting of oil exports by traditional producers.

This is because oil production from American tight plays is an expensive process, which needs high prices to break even, and because that oil can’t find a market unless global supply, which is always in excess, is reduced to accommodate it.

But this tremendous rise in domestic American oil production since the early 2000s had two limitations. First, it created a glut, meaning that there was oversupply even after the bulk of production from Venezuela, Libya and Iran were taken off the market, and OPEC (Organization of the Petroleum Exporting Countries) cut production till they could cut no more. And second, American refiners were unable to accept such domestic crude beyond a point, because their refineries were in fact built to process foreign crude.

That would have resulted in an impasse, and a resultant demise of the American oil boom, but for Donald Trump, who found a way out. He realised that if domestic crude oil couldn’t be refined locally in necessary volumes, it could be exported to countries like India and China. That killed two birds with one stone — fear of a domestic oil slump, and a rebalancing of the monstrous trade deficits America had generated — especially with China.

There was a third factor which also got addressed in passing: from 2000 onwards, the Russians had started selling crude oil to America. Those sales followed a pattern. As Chart 1 below shows, American imports of Russian crude went up whenever the oil price went down. Note how the Russian volumes (blue line) behave inversely to the oil price (green line):

By late 2016 when Trump was elected, the glut had gotten so bad that it was almost impossible to sustain oil prices at even the $50/barrel band; something which Texan oilmen will never forgive Barack Obama for.

And yet, as Chart 2 below shows, Trump managed to start selling American crude oil to the Chinese from almost the month of his election. The oil price began to climb back up, and imports from Russia fell off to sporadic levels:

Note how exports to China (maroon line) rise within a year, to about 10 million barrels a month. Note how those exports came down between 2018 and 2020, when the Chinese wised up to what Trump actually sought. And also note how imports into America from Russia (blue line) go down when exports from America to China go up.

Of course, Modi being a pukka Gujju took his time entering this fray. Nonetheless, the volumes India finally started purchasing rose significantly, and the impact is best seen on a percentage plot of imports.

From zero, that figure rose to about 10 per cent of American oil exports, and has in fact risen further since Biden won. Note black line in Chart 3 below:

Combined, American crude oil exports to India and China account for around a quarter of total exports in the past four years, fluctuations caused by geopolitical stresses notwithstanding:

This transformational achievement effected by the Trump administration is, believe it or not, what Biden will need to work on, if he has any hope or intention of revving the American economy.

Crude oil exports to India and China have become that central to American affairs, and their aims to become a net oil exporter.

Indeed, as a final chart shows, they are not so far away from achieving that goal. Note how the purple export ratio curve (the volume of oil exported on oil imported) starts to rise soon after Trump is elected in late 2016:

Thus, we now see fundamental inter-linkages between the big four — America, Russia, China and India — which are simultaneously complementary and contradictory, and centred round the strategically most vital commodity in the world today: crude oil.

No doubt, the first instinct will be to wonder if this means that Biden will go soft on China, as feared. Maybe he will, even if global linkages don’t really function in such a simplistic manner; or maybe he won’t. Either way, India would be better placed working the system to her benefit, and fighting her own battles.

The first round of that intricate engagement took place between the Americans and the Russians in Iceland last week. A second round will be concluded over the five days Jaishankar spends in Washington DC this week. There will be more to follow, especially since Biden has yet to get past the extremely bad-tempered meeting between China and America, held at Anchorage, Alaska, in March 2021.

We can expect that India will employ its leverage as a buyer, to use purchase of crude oil from America as an instrument of negotiation, for other items such as vaccines, arms or political pressure on rivals (which too, is a fungible item). One indicator of outcomes would be the volumes of crude purchased by India, from America, over the coming year.

That means narratives would matter less, and closed-door negotiations more.

So, whether people think Jaishankar dresses like a waiter or not, at least he is clothed, and hasn’t been denuded like the emperors and empresses of Khan Market.

And, the more Biden pushes for increased crude oil exports to India, the more he will be following in Trump’s footsteps.