Six Takeaways From Current Oil Slump Which Cannot Be Ignored 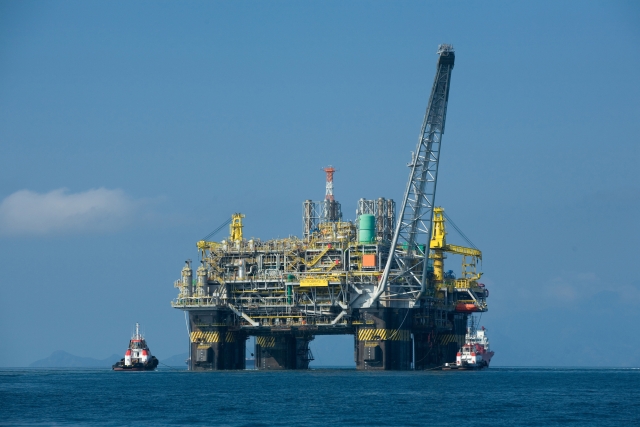 Even as the Sensex registered record declines from record highs this month, investor woes were offset by another record — the single largest fall in crude oil prices in decades.

Brent — a benchmark crude, sank to 32 dollars per barrel ($/bbl) on Monday, touching 30 en route during intra-day trades, before recovering slightly to 36 $/bbl.

The immediate reasons were ascribed to reduced demand because of the coronavirus outbreak, and a breakdown in Russia-OPEC (The Organization of Petroleum Exporting Countries) talks to cut oil output and shore up the crude price.

Perplexed veterans of Dalal Street scratched their heads in a curious quandary — over whether to bemoan the decrease in market capitalisations, or to cheer the obvious, tangible benefits of unbelievably low oil prices. And in that dichotomy lie a number of lessons for analysts and commentators everywhere.

While we do not know for how long oil prices will remain low, this much is clear:

The implications are manifold.

One: The true extent of the oil glut is now self-evident.

Major exporters have more production capacity and reserves than global demand, even with four major producers out of the big picture: Iran, Iraq, Libya and Venezuela (all of whose hydrocarbon outputs have been significantly and adversely affected by US-driven policies and sanctions).

Two: The American unconventional/tight oil boom of the past two decades (colloquially known as ‘Shale-oil’), and especially resurgent since Donald Trump took office, has been central to the growth of the American economy.

If international prices remain below this band for even a few months, Shale producers will have to shut down.

Third: This decline in shale oil production would have an immediate domino impact on midstream companies, which distribute the oil through their network of pipelines to refineries.

What this means is that if the producers will not produce, and the distributors will not distribute, then refiners, unable to source sufficient volumes of crude oil domestically, will have no choice but to import more of their crude from both traditional suppliers like Mexico and Saudi Arabia, and increasingly, from Russia.

The ultimate irony is that American refiners might just be forced to start sourcing crude from Venezuela again.

The political impact of such an upheaval in an election year is left to the reader’s imagination (wild may it be!).

Fourth: An allied impact would be on offshore drilling, especially in deeper waters, which too, requires higher oil prices to retain profitability.

Fifth: One issue which no one will ever talk about is the mid-/long-term impact of closing Shale oil wells, even if for just a few months.

The reason is technical; simply put, these horizontal wells with multiple hydraulic fractures (fissures artificially created in the rock to enhance the volume of oil extracted), are extremely sophisticated conduits, designed and drilled to extract oil in a specific manner.

As per design, operators expect to produce large volumes of oil from such wells, at high rates, at a high rate of decline, for a brief period of a year or two, in which capital costs are recovered.

This is followed by a long tail period of low production rates, which, aggregated by economics of scale, grant balance sheets a welcome rosy tint for years and years.

Now, the problem is that if these wells are suddenly shut in during the initial phase, recoveries are affected; meaning, that the amount of oil eventually extracted from the drainage area around a well, goes discernibly down.

This has an impact on profitability, and is something American operators would be desperately keen to avoid.

Sixth: Very clearly now, the power to fix the global oil price has shifted demonstrably from America to Russia.

This was evident by the manner in which Russia-OPEC talks to cut output failed on cue.

Bean counters may wonder why the major exporters would want to shoot themselves in the foot, but that is not how the oil industry works.

For Russia, and indeed, Saudi Arabia too, reduced American domestic oil production, at a time when market access of other large exporters like Iran, Libya and Venezuela is restricted, means only one thing: an opportunity to garner a larger share of the American market once again.

They can do this because their own production costs are in single digits, and because they can offset lower prices by volumes.

A chart below makes the point visually.

In addition, a broad inverse proportionality between crude oil prices and Russian hydrocarbon exports to America also emerges. (Here, the sceptically-minded may like to recollect that old Cold War anachronism: America exported wheat to the Soviets, while the USSR exported significant volumes of oil to NATO-bloc countries!)

In conclusion then, it must be understood that the world’s greatest game continues to be in play. Nothing is ever what it seems.

As to whether this present bonanza of low oil prices, so sweet to India’s ears, will sustain itself for a good while, the simple answer is a loud ‘No!’.

This is a transitory trend which will be edged out by American economic necessity, because domestic Shale oil production is central to its growth.

Before long, the excuse of a coronavirus will wear thin, a new geopolitical crisis will be invented, and oil prices will recover to the $60/bbl band, since no American president seeking re-election may dare allow the present situation to continue unchecked. It would be politically suicidal.

Until that happens though, the Indian government may take advantage of the moment to save very large sums of money, and vital foreign exchange.