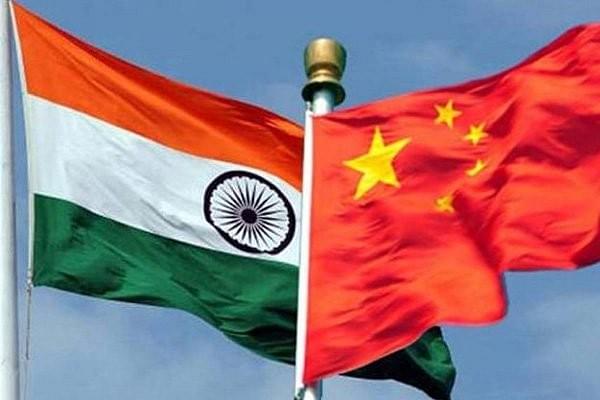 New Delhi has to remain alert and vigilant while dealing with Beijing.

India has, after many decades, shed its apprehension of China destabilising the North East and is now open to the idea of Chinese investments in the sensitive region. China is also being offered the opportunity of transiting through the North East to access the Chittagong Port in Bangladesh. These developments represent a paradigm shift in India’s strategy powered by a growing self-confidence.

India, of course, will not open its doors wide for unrestricted entry of the Chinese into the North East. All investment proposals from China will be examined individually and security-related issues kept in mind. But what would interest the Chinese a lot is the Indian offer of access to the deep sea port of Chittagong, which has all the required infrastructure and facilities, through the North East.

All this, said a top diplomat in the Ministry of External Affairs (MEA), fits in very well with the strategy of developing the North East as a trade and manufacturing hub. “North East India has been always treated as a good market for products made elsewhere. But its true potential lies in it being made into a trade and manufacturing hub with Bangladesh, Myanmar and Southeast Asia being the market. A massive push will be given to develop physical infrastructure in the North East and connect it seamlessly with Bangladesh, Myanmar and further to China and Southeast Asia,” said the diplomat.

This entire plan was articulated by Bharatiya Janata Party (BJP) general secretary Ram Madhav during a trip to China earlier this month. Madhav, the party pointsman for the North East with a keen interest in strategic affairs, said Chittagong Port in Bangladesh would be used to transport goods to North East. “Right now, goods are shipped all the way from Mumbai and Chennai ports to the North East. Once the highways being constructed from that region to Bangladesh are ready, Chittagong Port can be used and that will greatly reduce transportation costs and time. Similarly, products from the North East can also be shipped out of Chittagong,” he was quoted as telling the media in Beijing.

Madhav, accompanied by senior ministers from Assam, Tripura and Nagaland, met Indian and Chinese businessmen at Guangzhou and Chinese leaders at Beijing. Chinese e-bike and software as well as hardware manufacturers have shown interest in exploring opportunities in Assam. “Not only the North East, but also Bhutan and Nepal can benefit once the links with Chittagong are in place,”said Madhav. Chittagong is the busiest port on the Bay of Bengal coastline and has excellent draft (depth) that allows docking of big ocean liners. The Kolkata and Haldia ports lack this. Thus, goods can be loaded and unloaded directly onto big ocean liners at Chittagong. In the case of Kolkata and Haldia ports, goods are transported from the ports in smaller vessels to the big cargo ships that are anchored away from the harbours which they cannot dock at because of the lack of draft, thus adding to costs.

North East India, said the MEA official, is at the Centre of the present (National Democratic Alliance) government’s plans to develop the sub-regional BBIN (Bangladesh, Bhutan, India and Nepal) hub for intensifying trade and transit linkages between the neighbours. “With all the highways, waterways and rail links being developed and integrated to provide fast, efficient and seamless connectivity between the four countries, BBIN has the potential to become an economic powerhouse in Asia,” said the diplomat. “The major gainer from this would be the North East, which had age-old links with its neighbours that got cut off in 1947. Those links are being restored now,” he added.

The plan to involve China is not an unqualified one, as Madhav and MEA mandarins acknowledge. China’s claim over Arunachal Pradesh is a sore issue. Given the past history of Chinese support to some insurgent groups of North East, there continue to be misgivings in India. China, said Madhav, will only be allowed into some specific sectors in the North East and the concerns of all quarters will be taken care of.  The MEA official said that there would naturally be restrictions imposed as far as China is concerned, but even those would not be limiting factors that will thwart the emergence of the North East as a trade and manufacturing hub in the region.

“But it will not only be China that will benefit. Once Chittagong-bound Chinese goods as well as China-bound goods from Chittagong start transiting through North East, trade routes and opportunities between North East India and China will also open up and that will benefit the North East. So what we have suggested is a win-win plan for everyone, including Bangladesh, Nepal and Bhutan,” said the MEA official.

Prime Minister Narendra Modi is learnt to have made a visionary projection at a meeting with chief ministers of the northeastern states soon after assuming office in mid-2014. He had reportedly said that in a decade’s time, he sees the North East as a hub of goods transiting between India, Nepal, Bhutan, Bangladesh, China, Myanmar and Southeast Asia, as a busy trade and manufacturing hub that will change the face of the North East the entire region. It is the North East which will be the pivot for development of this part of Asia, he had observed.

That plan is slowly starting to bear fruits now. The BBIN highways are in advanced stages of completion and once ready, will boost trade and commerce. Favourable conditions exist in North East India for it to emerge as a trade and manufacturing hub: it has abundant natural resources, a favourable climate and a large pool of qualified manpower. “All that had been lacking was adequate infrastructure. Now that is being taken care of, and very soon, the North East will emerge as a busy trade hub,” said Assam Industries Minister Chandra Mohan Patowary.

Beijing is reported to have been enthused by New Delhi’s invitation to use the North East as a transit hub for access to the Bay of Bengal through Chittagong Port. China has been desperate for access to the Bay of Bengal and has been developing two ports in Myanmar, but Chittagong will present a much more viable option for China. Beijing has also been keen on investing in the North East, which is next to its landlocked areas.

But, in the final analysis, it would be wise to be cautious as far as China is concerned. There is little doubt that China has expansionist ambitions and its trade practices have been extortionist. China eyes Arunachal and had lent support to North East militants in the past. Its deals and moves are always cloaked in a veil of secrecy and it frequently uses smokescreens to mask its true intentions and plans. New Delhi has to remain alert and vigilant while dealing with China, and future Chinese business interests in the North East have to be closely monitored.