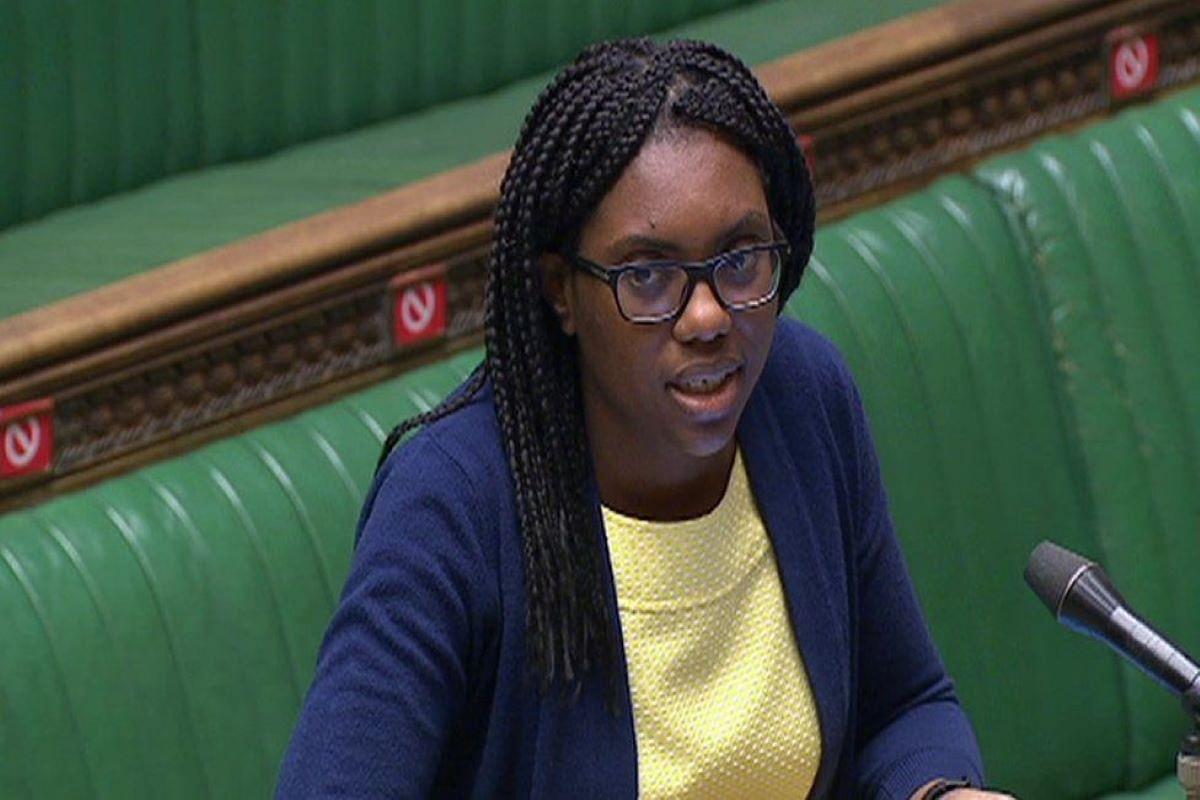 The already crowded field to replace Boris Johnson as the leader of U.K.'s conservative party widened with Kemi Badenoch, the former equalities minister, becoming the latest entrant in the race.

Badenoch gained a significant endorsement for her candidature with former levelling up secretary and senior Conservative party leader Michael Gove declaring support for her in the Tory leadership race. Gove spoke of her in glowing terms calling Badenoch a "brave, principled, brilliant and kind."

Presenting her agenda in an op-ed she penned in The Times, Badenoch said a "strong but limited government focussed on the essentials" was needed.

The 42-year-old M.P., who was among the ministers who quit the Johnson government, is positioning herself as someone who can offer a combination of unfettered free-market philosophy of governance and culture warrior who can combat 'wokeism.'

Born in Wimbledon to highly educated Nigerian parents, Badenoch spent much of her early childhood abroad (mostly in Nigeria) before returning to the U.K.at the age of 16 to obtain her A-Levels.

Badenoch then enrolled to study Computer Systems Engineering at the University of Sussex. Badenoch attributes some part of her early conservative ideological leanings to the insights she gained into leftwing politics in the university.

Badenoch worked as a software engineer in a leading I.T. firm Logica. She later worked in Royal Bank of Scotland Group as a systems analyst before taking up the position of associate director at Coutts, a private banking and wealth management firm. As she began to pursue her political ambitions seriously, she joined the influential conservative publication, The Spectator magazine as its I.T. director.

First elected to parliament in 2017 from Saffron Walden, a Tory bastion, Badenoch initially held a junior ministerial role under Rishi Sunak was helming the Treasury.

Badenoch shot to prominence within the conservative ranks as a cultural warrior who took on "woke campaigners."

In November last year, Badenoch launched a scathing attack on critical race theory (CRT). Badenoch said she did not want white children being taught about "white privilege and their inherited racial guilt."

Badenoch accused some activists and campaigners of wanting the history curriculum to be taught "in a way that suggests good people are black people" and "bad people are white people".

During her tenure as equalities minister, Badenoch was criticised by members of the government's LGBT+ advisory panel in March over delays in banning conversion therapy.

It remains to be seen if Badenoch's heady mix of 'small government-meets-culture war' agenda will gain enough traction to catapult her to the top.