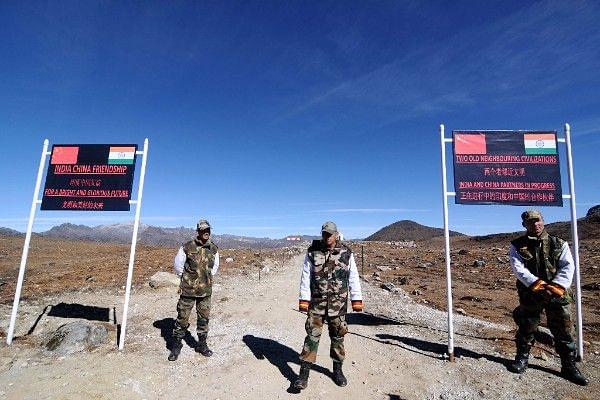 However, that is a truism which Indian policy-makers frequently abjured for decades since Independence, preferring instead, to weave the fate of the most populous part of the world, with homespun homilies that conciliation begets conciliation.

The expectation was that one good turn, somehow divorced from practical necessities of national aims, interests and security, would earn another.

But, as the treacherous killing of Indian soldiers along the Line of Actual Control (LAC), by Chinese troops in the Galwan Valley demonstrates vacuous expectations of fair play and goodwill have never actually had a place in the cold, hard realm of geopolitics – especially when dealing with brutish regimes; and never without grave consequences.

In a sense, then, the recent border clash attracts an element of inevitability to it, while marking the contours of that political transformation, which is supplanting the Nehruvian era in more ways than one. We should have seen it coming; and maybe we did.

Be it in the social, economic, cultural, political, military or spiritual spheres, incremental advances from before Independence have at last concatenated more discernibly now, into India treading a sounder, logical path.

Caste prejudices are on the decline. Vote banking is being shunned along with divisive identity politics. Unaffordable welfare socialism has far less takers than it did a decade ago.

The stigma, self-loathing and guilt, long-sought to be associated with traditional ways of life by rootless atheism, are being rejected. The profit motive is regaining paramountcy, bounded by necessary legislation. And the subcontinent’s regional position in a multi-polar world is being better defined.

The Galwan Valley incident, thus, emblematises those inexorable divergences which were bound to crop up, as India finally got around to firmly tackling a host of legacy issues, one after another.

By this thesis, we see that the principal bilateral agreements between India and China, on mechanisms to manage an unsettled border, were more about India seeking to avoid confrontations, and less about ensuring national interests.

Believe it or not, in 1993, 1996, 2005 and 2013, when key border documents were signed by the two nations, the fundamental ambiguity of where whose border lay, was incredulously formalised as the supposed working basis upon which both governments were to work.

Retired Lt Gen D B Shekatkar nailed this nonsense best, when he bluntly declared in a recent television interview that up to recently, recognising the existence of differing perceptions, on where the Sino-Indian border lay, meant recognising Chinese perceptions of where that border might be.

“What about our perceptions?” the old warrior asked, before going on to define this legacy issue in bureaucratic terms:

As far back as 1993, the Indian Army’s firm view was that patrolling the border would have to be done along the existing LAC – meaning, where the forces of both sides stood. This was important, since the very first article of a bilateral border agreement set to be signed – the Agreement on the Maintenance of Peace and Tranquility along the Line of Actual Control in the India-China Border Areas – stated that both sides would strictly respect the LAC.

But how on earth was this agreement to be formally implemented if no one knew where the existing LAC was? Or to put it another way: if this agreement was to be executed on the basis of unilateral, undefined perceptions on the ground, how would it ever avoid confusion or conflict? How would a soldier know whether he had transgressed a line or not?

Shekatkar is too much of a gentleman to name names, but the Foreign Office’s first response was to ask the soldier if he was being funny, before giving him a lesson in English.

Apparently, the word ‘existing’ was anathema; it had to go, and that was that. And with that, a recipe for disaster was crafted against the wishes, views and formal advice of the Indian Army, exactly as an earlier generation of political bureaucrats had done between 1959 and 1961.

So now, an international treaty was signed to bring peace to a border that didn’t exist on paper, and couldn’t therefore exist on the ground. And India was honour bound to it by international law. What did it get us?

Basically, the agreement meant peace and tranquility for China to ensconce itself in the Tibetan Plateau more comfortably, while pursuing more aggressive policies in the South and East China Seas, with a reduced threat from the rear. Indeed, one could argue that it is this preliminary agreement which gifted China the vital breathing space to prosecute a militaristic forward policy of its own in the Far East.

Whether the Congress Party and their coven of intellectuals like it or not, this is what has now changed. The root cause of the problem, the nebulous position of the existing line of control, is now sought to be defined by India in at least the most rudimentary terms, exactly as Shekatkar had fruitlessly tried in 1993. And the Chinese don’t like it one bit because it upsets their calculations – both with regard to India, and in the Far East.

As a result, we now have a new root cause, which ironically, was the old root cause until it was swept under the carpet from 1993 to 2014.

Unfortunately, legacy issues of this sort cannot be solved quickly or easily, since they effectively mean undoing the strategic and tactical advantages which China enjoyed for decades.

Who would want to give that up? And for sure, the Chinese aren’t going to sit idly by while their prized advantages are undone.

In historical terms, the old Indian approach resembled a Melian dialogue conducted to concede an inevitable Athenian ultimatum – purposeless efforts undertaken with the outcome already known. (The Mediterranean island of Melos wished to stay out of the Peloponnesian War of 431-404 BCE (between Athens and the Delian League on the one hand, and Sparta and the Peloponnesian League on the other), because they cherished their non-alignment.

But it is precisely this urge for neutrality which undid the Melians, since the Athenians came to view their neutrality as antagonistic non-alliance. And in the end, Athenian power made Melos a tributary state, leaving the Melians with the ignominy of having to endure the fiction of peace talks, with an interlocutor who didn’t want peace but subjugation.

The Congress Party may not like this new reality, but it is what is: for the longest time, talks with China only meant dilatory, self-enfeebled parleys brimming with conciliatory zeal, with no serious thought of outcomes and consequences, even if they were patently and strategically disadvantageous to India.

By which argument, that party’s current, strident objections to, and castigations of, the Indian government’s determined efforts to ramp up border infrastructure (as a precursor to gaining some material definition of the ‘existing’ LAC, inter alia), shall remain restricted to ideological, emotional and existential opposition to the undoing of their era. They have no other valid contentions.

Yet, Shekatkar is right: the focus was always on Chinese perceptions, and never ours.

That proves Doval’s point too, of power only respecting power, because the moment an Indian government chose to nail long-lingering ambiguities, all the peace and tranquility enshrined in multiple treaties were brutally rent asunder on a bleak ridge in the Galwan Valley. So much for decades of ‘diplomacy’.

Thus, we see that the recent border clash is as much a product of the wooly-headed assumption that the Chinese problem would miraculously go away, if India agreed to Chinese perceptions of where the LAC might or might not be, as it is a function of fresh efforts to undo those myriad Melian submissions, to Athenian ultimatums, which ended up harming India’s interests.

This is not about being hawkish or dovish, but about removing the blinkers of a benighted age, and addressing the underlying reasons which led to the death of 20 Indian soldiers upon chilly heights.

It will not be an easy process, and now that the old fictions are gone, one may expect enhanced Chinese obduracy, along with greater Congress cavil. Either way, there will be no more Melian Dialogues, where, as Greek Historian Thucydides said in his ‘History of the Peloponnesian War’: “The strong do what they can and the weak suffer what they must”.