Love Him Or Loathe Him, But Trump Is Raising Issues That Everyone Wants To Sweep Under The Carpet 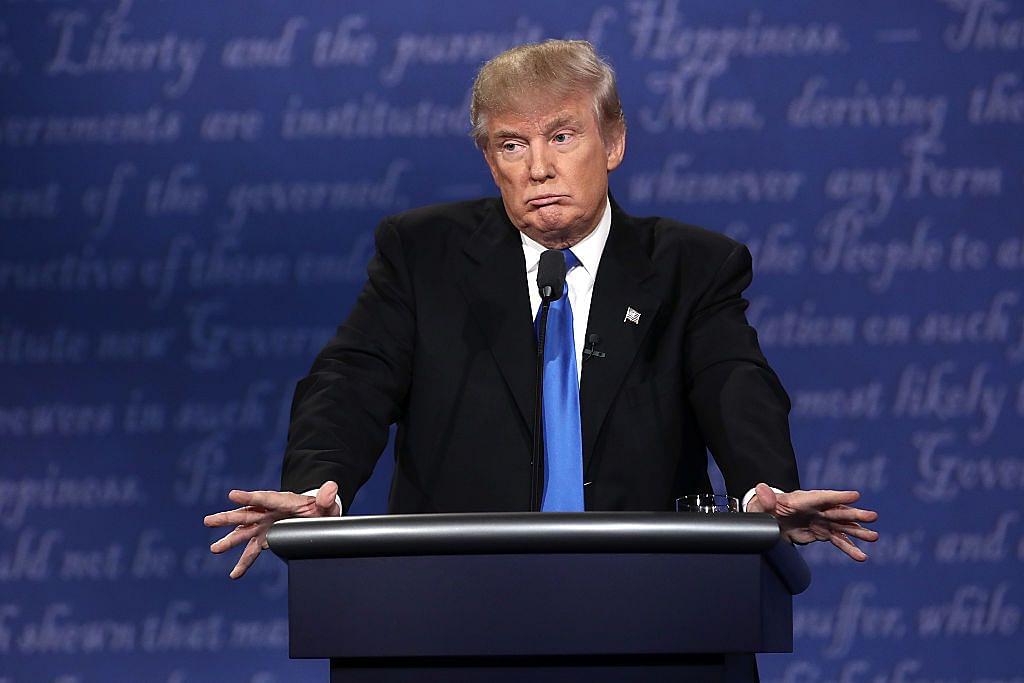 Donald Trump may not be the best thing to happen to the American presidency in a long time, but there is little doubt that the man can say politically incorrect things that embed a certain element of truth in them. He brings an issue to the fore where it is no longer possible to evade them. His statements and tweets may lack nuance, he may be over-simplifying issues and offering untenable solutions to long-festering problems around the globe, but he is flagging real issues.

For that, he deserves our thanks, even though we in India have received his unwelcome attention to trade and Jammu and Kashmir.

The first statement he made on Kashmir was about his willingness to mediate between India and Pakistan. This statement, made after talks with Imran Khan at the White House, was clearly meant to get Pakistan’s help with the Taliban, so that US forces can be withdrawn from Afghanistan. They caused a flutter in India, thanks to our long-held position that there can be no third party involvement in Kashmir.

Trump actually provided us an opportunity to explain why mediation was not a good idea in this case. It is not as if we did not use third parties to negotiate with Pakistan in the past. The Tashkent deal which ended the 1965 war was negotiated by Lal Bahadur Shastri and Ayub Khan under Soviet sponsorship.

We got World Bank experts to broker the Indus Water Treaty almost 60 years ago, and it has held up despite four wars (1947, 1965, 1971, 1999) with Pakistan. Even on India-Pakistan peace talks, the problem is not mediation per se, but whether the US – with its long-term interests in Pakistan and West Asia – can ever play honest broker between the two countries. Nor can any Western nation, for most have internalised the idea that Kashmir is the real problem between the two countries, when it is the nature of the Pakistani state and its self-definition.

Pakistan is the world’s original pan-Islamic State (not ISIS), a state which defines itself in antagonism to “Hindu India”. It has an innate hostility to the idea of secularism. This is the core issue between India and Pakistan, not Kashmir. But who will mediate on this core dispute between the ideas of Pakistan and India? Who will get Pakistan to abandon its Islamic statehood and accept secularism as its guiding principle, when Hindus continue to be ethnically cleansed even today even after they have been reduced to a minuscule minority?

But Trump’s more recent statement on Kashmir shows a greater understanding of the real India-Pakistan issue. He said: “Well, they've been having this... these talks for hundreds of years, even under different names. But it's Kashmir. And Kashmir is a very complicated place. You have the Hindus and the Muslims, and I wouldn't say they get along so great.”

While this statement, too, lacks nuance, and suffers from an element of over-simplification, who can deny that India has a real problem of Hindu-Muslim distrust, in which Kashmir is a key piece of the puzzle?

From the partition of India based on the two-nation theory and the consistent post-partition pattern of the ethnic cleansing of Hindus from all Muslim majority regions in the sub-continent (Pakistan, Bangladesh, and even Kashmir Valley), can we deny that this issue continues to fester? Only an honest Hindu-Muslim dialogue, without secular mediation, and without any assumption that Muslims alone are victims, can improve trust between the two communities.

India’s secular parties and particularly the Left, including Left historians, have done nothing to build this trust. Instead, they have fostered minority communalism by giving it the cloak of secularism.

Yesterday (22 August), Trump made another controversial statement on Afghanistan, where the US has been negotiating with the Taliban in order to take the bulk of its forces out. Trump implied that the burden of fighting terrorism (Islamic State or Taliban) in the Indian sub-continent cannot be left to the US alone. India and Pakistan must do their bit.

He added: “At a certain point Russia, Afghanistan, Iran, Iraq, Turkey, they are going to have to fight their (anti-terror) battles too….All of these countries are going to have to fight them (ISIS, terrorists) because do we want to stay there (Afghanistan) for another 19 years? I don't think so. So, at a certain point, other countries (must do so), and it includes Iran and Turkey and Iraq and Afghanistan and Pakistan and India.”

This blunt assessment again lacks nuance, but in a world where the US is winding down its post-Second World War and post-9/11 global over-reach, can anyone deny that most countries must fight their own anti-terror battles?

India has been fighting terror inside the country since the 1990s; it has also been helping Afghanistan in its development efforts, but after Trump’s statement, clearly Afghanistan is not something India can ignore. We cannot offer it on a platter to Pakistan and the Taliban to reconvert it into a base for spreading mischief all over the world, including India.

We do need to find a way to counter these elements one way or the other, even though stationing troops in Afghanistan cannot be an option right now. But we can certainly train the Afghan police and army to fight the terrorists, for Pakistan’s agenda is not the same as that of the government of Afghanistan.

Trump also made another statement that all liberals will oppose, but it is an idea that needs examination. It was about birth-based citizenship. CNN quotes Trump thus: “We're looking at that very seriously, birth-right citizenship,” Trump told reporters in Washington. “We're the only country in the world where a person comes in and has a baby, and the baby is essentially a citizen of the United States for 85 years with all of those benefits. It's ridiculous. It's ridiculous. And it has to end.”

Again, he was being economical with the truth, for many countries – and not just the US – do offer citizenship rights to children born on their territories. But the idea clearly needs to be re-examined in the light of the social tensions that come with demographic change. This is as true for India, with its millions of illegal Bangladeshi immigrants, as the US or western Europe.

When religious, racial and ethnic demography can be changed through birth-based citizenship, it is right to re-examine the basics. In the era of globalisation, the right of people to migrate and work abroad is fairly well-established, but don’t countries have the right to decide what kind of workers they want? And does citizenship have to follow long-term residency rights and work permits? Can not states decide who they want as voters and citizens, and who they want only as workers? Why does citizenship have to follow work-based or birth-based residency? Why can’t states change the law if it is causing so much social tension?

It is a flawed notion that ideas that were once accepted as good should always remain so. Global and demographic realities are constantly changing, and new challenges call for new thinking. Trump is right to focus attention on the issue of whether birth-based citizenship ought to be a birth-right, or a benefit that needs to be earned after some time?

Trump may be an abominable human being, misogynist and bigot, but he has brought long-festering issues to the fore. The world does not have to love him, but Trump has forced us to confront realities we have so far shoved under the carpet.