Mueller Delivers A “Dud”: Unravelling The Media Response To It 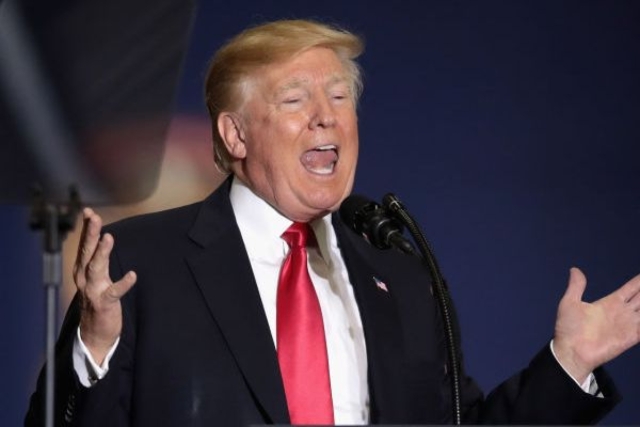 After nearly two years of effort, with twenty-five million dollars spent, involving the work of 19 lawyers and 40 FBI agents, who served more than 2,800 subpoenas, executed nearly 500 search warrants, and spoke to about 500 witnesses, Robert Mueller, the special counsel appointed to probe the potential collusion of the Trump campaign team with the Russians delivered a report which some have dubbed a “dud”.

No collusion, Mueller seems to have concluded, and on the matter of obstruction of justice by the President Donald Trump, he seems to have punted. No indictment, no exoneration, his report said. But he did not have the mandate or the liberty to exonerate anyone. If he found evidence of obstruction, he should have revealed it, and indicted the President or anyone on his team who did so. Mueller cannot have the cake and eat it too.

What to make of this outcome? Those of us who have watched the media carefully found the coverage overwhelming both in content and in the extreme bias. No day has gone by since before Trump was declared the winner, when The New York Times has not devoted more than half of its front-page news coverage to Trump’s words, deeds, and tweets. A ball park figure and a quick estimate would show that nearly half of all opinion pieces and editorials published in The New York Times during this period dealt with all matters Trump.

The drumbeat was steady, ominous, overwhelming, and those relying on such media outlets for news and views seem to have paid the price. People called in and complained that their health has suffered, that their worry about the fate of the nation and the world had increased, and some even wished the worse kind of illness to fall on the members of the Trump family. The Washington Post and the National Public Radio were not far behind but the most raucous and willfully partisan coverage came from CNN and MSNBC.

Even blue cities in the red state of Georgia (like the city this writer lives in), saw partisan coverage from local newspapers. Three weeks ago, a tornado touched down in the northern part of the town bringing down trees, damaging homes, and just 15 miles west of the town 23 people died in the tornado. Wind speeds ranged to 170 mph but the next day the primary story making the news was from Washington DC. It announced that Congressman Nadler, Democrat, and Judiciary Committee Chair, had begun an investigation of the Russia scandal by issuing letters seeking records from 60 offices and individuals in the “Trump obstruction inquiry". Below this was the second story in smaller font, reporting "Storms, tornadoes leave fatalities, wreckage in Alabama and Georgia".

But, in the wake of the Mueller report release, instead of the primary story being Attorney General Barr’s had summary of the Mueller findings, the story was of a Stoneman Douglas School student in Florida who committed suicide. The school had gone through a trauma last year when a crazed young man killed 17 students and had caused much grief and distress to students who survived the shooting. An interesting report indeed, but it was more interesting that this was the lead item for readers here in Georgia, with the Mueller story relegated to the bottom of the page?

How do we explain this partisanship, and how has the media now begun to respond, given the delivery of the Mueller “dud”? First, let us look at the media coverage and how various politicians, including the dozen or so Democrats, who have already thrown their hat in the ring for next year’s presidential election, have responded. The selection of headlines have to be limited, given the nature of this commentary, but anyone who can and will do a content analysis of the headlines of the major news outlets in this country following the Mueller Report will find more support for the claim that “offense is the best part of defense”. Or that partisanship is supreme and the only political game in town:

“Trump’s Shamelessness was outside Mueller’s jurisdiction”

“No Criminal Collusion, Lots of Corruption”

“No Collusion, No Exoneration”

“The Mueller Inquiry: So Many Questions”

“The Many Problems with the Barr Letter”

“Did Mueller Exonerate Trump? It Depends who you Ask”

“William Barr has made this a win for Moscow”

“Mueller won’t save us from Trump’s corruption. What will?”

“Hold off on your victory laps, Conservatives”

“The Mueller Probe shows that our Laws need Fixing”

“The Mueller Probe was an Unmitigated Success”

“Mueller was Trump’s Nemesis: Now he is his greatest Asset”

“The Mueller Report is Done. But Investigations Related to Trump will Go On”

Only some of the commentators and politicians have begun to eat crow, and there now seems to be some concern expressed at how the media hijacked issues and overwhelmed viewers/readers/listeners.

“The Mueller-Industrial Complex Collapses” – The Atlantic

“The Mueller War is Over, and Trump Won” – The Washington Post

The politicians are scrambling to recast their narratives. “Release the report, the full report, now,” says Nancy Pelosi and Chuck Schumer, despite the Attorney General summarising the findings in the Mueller Report, in the three-page letter sent to the Congress. He says he will release as much of the report as possible barring any Grand Jury testimony that, by law, he has to redact. He will also not release any other information that deals with national security or the privacy of individuals.

But this has not stopped politicians, pundits, and other talking heads from grandstanding and “demagoguing” the issue on the 24-hour news (views) channels. CNN and MSNBC had devoted much of their energies into pursuing and demonising the Twitter-happy Trump, and had bet a lot on Mueller delivering the final blow that would bring Trump down. Thus, now we see people on social media clutching at straws that these channels keep pulling out of thin air, promising that Trump will have to pay and William Barr, the Attorney General is a man we should all beware of.

How can we explain these reactions and responses? There are a couple of theories that throw light on human reaction to disappointment, and to the suppression of views by those who feel that their views are “minority” views. The classic theory that explains human reaction to disappointment is Leon Festinger’s ‘Cognitive Dissonance Theory’ (1957). Human beings seek consistency. Festinger says that we are driven “to hold all our attitudes and behaviour in harmony and avoid disharmony (or dissonance)”.

So, when our attitudes and behaviour are inconsistent, we try to eliminate the dissonance, to quell our disturbed/imbalanced minds. Take the case of a cult that Festinger studied. The cult leader proclaimed that the earth was going to be destroyed by a flood. Many of the cult members had sold their homes, given up their jobs, and joined the cult in the hope of being saved by the cult leader. When the floods did not come, and the earth was not ravaged, instead of walking away from the cult, or beating up the leader for leading them on, they became more devoted to the cult. That was their way of quelling their dissonance. This behaviour can be observed in most cults, if not in our own religious beliefs and practices.

We now see this in the responses by the media and those who have consumed the bilge for the past two years. They claimed and believed Mueller would deliver, and that Trump would be laid low. It did not happen. So, to seek succour, to seek relief from their dissonance they go seeking the next inquiry, an inquiry which is “deeper, more careful, more thorough” that will indeed show Trump colluded with the Russians. What two years, twenty-five million dollars, and a team of the most dedicated investigators could not find, we are now supposed to find in some Congressional inquiry!

The other theory that we can use to explain why so many of us kept quiet about the raucous and massive anti-Trump media campaign is because of our fear that expressing an opposite viewpoint would make us targets of mocking, shaming, belittling, and marginalisation/isolation. This behaviour is explained by Elisabeth Noelle-Neumann’s “Spiral of Silence” theory. She says that the spiral effect “activates a downward spiral where fears continually build within the minority opinion holder,” which leads to those opinions being voluntarily suppressed.

The media plays an important role in engineering majority opinions, and therefore contrarian views never get the play they deserve. Some have claimed that this was also the reason for Trump’s election in 2016. Those who favoured Trump did not express their views to those calling them to find out who they would likely vote for. This is the reason why no opinion poll could come close to predicting the result.

The final theory that scholars have put forward to explain events like these, is called “premediation,”. Ian Bogost, writing for The Atlantic, says that premediation is “…not a phenomenon unique to the special counsel. The Mueller-industrial complex is just the latest example of a hyper-mediated world turned in on itself…” and that premediation is about our “…strong desire to anticipate the future, and to live in the present as if that future has already arrived, and in the way they’d planned it to besides”. In the case of the Mueller “industrial complex”, he says that “…Mueller disciples traded their own anticipatory media on margin, assuming that their winnings would more than pay off their debts. That bet turned out to be a bad one, and now the payment has come due.” Alas, we are all paying for the gamesmanship of the media hucksters who enabled a variety of talking heads and politicians to sell their rotten war. And we all bought it.

So, here we are. The Mueller Report has been put to bed, but it will toss and turn for the next 20 months, till 6 November 2020, when Americans go to vote again.