Pakistan Has A Basic 'Manufacturing' Defect. Unless It Abandons Terror, It Will Remain An Economic Disaster 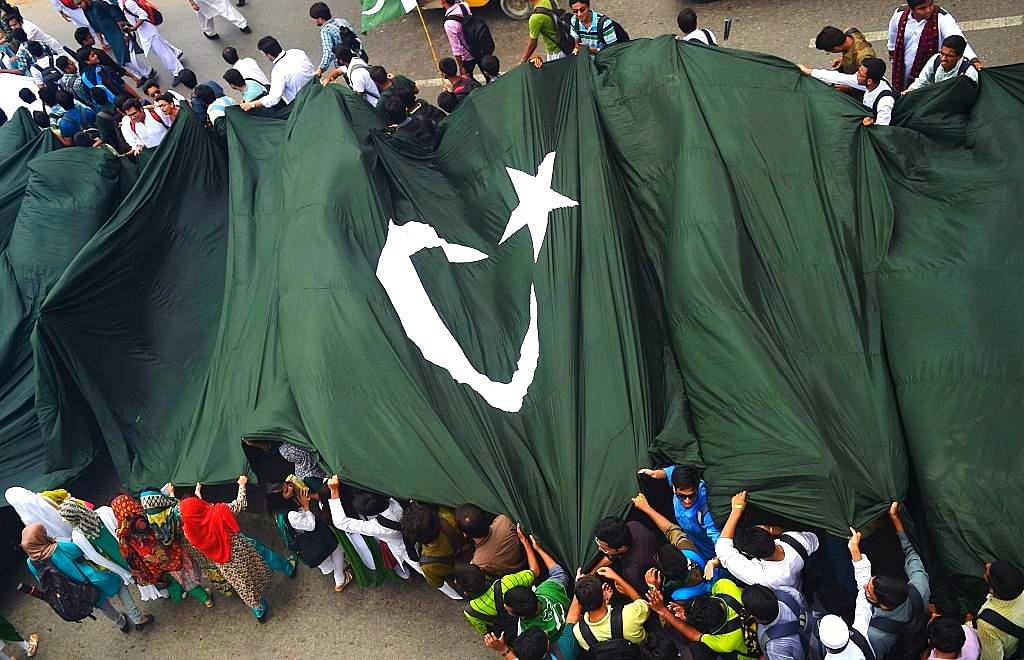 This 26 November would mark the 12th anniversary of the dastardly terror attacks in Mumbai in which at least 166 people were killed and over 300 injured.

Ten terrorists, financed and trained in the jihad factories of Pakistan, had attacked multiple sites in Mumbai on the night of 26 November 2008, killing innocent men, women and children, international tourists, religious priests and ordinary travellers before they were eliminated by Indian commandos.

In these 12 years, much has changed in the world, including in India. However, what has not changed is the character of Pakistan. It still trains and finances terrorists, it still tries to smuggle terrorists into India, and it is still the safe sanctuary for global jihadists. But consider what this obsession with jihad has done to Pakistan.

Other economic indicators have fared similarly. In 1984, Pakistan’s per capita GDP was almost twice that of India. It was around the same time that Pakistan was establishing itself as the frontline state of global jihad.

Today, Pakistan’s GDP per capita is just about 60 per cent of India's. The trend is same when it comes to attracting Foreign Direct Investment. In 1999, India attracted about four times the FDI as compared to Pakistan.

In 2019, this number was almost 30 times (India $74 billion). But none of this matters to Pakistan as it continues down its path of maddening self-destruction.

The world over, countries are reassessing their long-held global positions and are readjusting their policies and priorities to make full use of the economic opportunities in a changed world.

The West Asian region is a prime example of this trend with many countries changing their long-held positions and, for example, establishing relations with Israel.

UAE is leading the countries in the region in not just this geo-strategic repositioning but in also enacting a series of domestic social and political reforms.

The new Indian foreign policy post the advent of leadership of Narendra Modi in 2014, has opened new avenues of economic and geopolitical cooperation between the various countries of the region and India.

The one country in the region which is standing in stark contrast to this trend is Pakistan.

Even as most other countries forge stronger ties with India, Pakistan continues down its path of destruction.

In the run-up to the Indian festival of Diwali earlier this month, Pakistani forces violated the ceasefire agreements between the two nations and opened fire along several stretches of the border in an obvious attempt to infiltrate terrorists.

These attempts were foiled by the Indian Army which was vigilant and responded to the provocation in kind.

Just a few days later, on 19 November, Indian security forces foiled a major international terrorism plot when they gunned down four Pakistani suicide bombers in a fierce encounter in Nagrota in the Jammu region.

Belonging to the proscribed terrorist group the Jaish-e-Mohammed (JeM), these terrorists were carrying with them multiple assault rifles, under barrel rocket launchers and pistols and 6.5 kilograms of nitrocellulose mixed with fuel oil, an explosive used in shaped charges.

These terrorists were on their way to Kashmir, presumably to disrupt the local elections underway in the region. They had not taken the usual route of crossing through the LoC, but had crossed over from the International Border in the Samba sector, which could not have happened without active involvement of the Pakistani Army across the chain of command.

But they are not the only terrorists that Pakistan has recently trained and activated. According to credible intelligence reports, no less than 14 specially trained JeM terrorists are waiting at Gujaranwala in Pakistan to infiltrate into India.

Alongside them , nearly 200 terrorists of different groups are waiting at launch pads in Pakistani occupied territory, across the Line of Control (LoC) to infiltrate into India.

According to various intercepts, the dreaded Al-Badr group has been revived and another terror front Lashkar-e-Mustafa, headed by one Hidyatullah Malik, has been created.

Another Pakistani based terrorist group, and globally notorious, the Lashkar-e-Taiba (LeT) is training another 23 terrorists at Jangal-Mangal camp in Khyber-Paktunkhwa with the intention of sending them to India.

By now a smart politician or a thinker in Pakistan should have figured out, by just looking at data, that its policy of sponsoring terrorism against India has certainly not been able to stop India’s economic progress.

If at all, the state sponsorship of terrorism by Pakistan has only negatively impacted Pakistan’s economy, since all its national energies are spent in its all-consuming India hatred.

If the hope was that had such an analysis, if at all done, would have made Pakistan course correct then the reverse has happened. Since that dastardly night in November 2008, Pakistan has kept up its habit of training and infiltrating terrorists into India.

Two of these attempts resulted into the terrorists attack in Uri in 2016 and in Pulwama in 2019.

One difference between India of 2008 and India post 2014 under Modi, however, is that India no longer takes terror attacks lying down. The Uri attack in 2016 was responded to by Indian special forces conducting surgical strikes deep inside Pakistani occupied territory and eliminating multiple terror launch pads.

The 2019 Pulwama terror attacks were met by aerially bombing a terror factory inside Pakistani territory at Balakot. That was the first time since the 1971 India-Pakistan war that India had deployed its Air Force deep inside Pakistan’s territory.

In both the 2016 surgical strikes and the 2019 air strikes, India managed to achieve its objectives without a single casualty.

The 2019 air strikes had one more important objective — of calling out the nuclear bluff of Pakistan.

Beset with internal strife, increasing extremism and violence, crumbling social fabric and internal rebellions, the Pakistani gamble of continuing to stoke trouble in India is a dangerous game that it is playing.

The country has been broken into two once in the past. If it continues down its current path, Pakistan will only have to blame itself if history repeats.