Here’s All You Need To Know About Gen Bajwa, The New Pakistan Army Chief 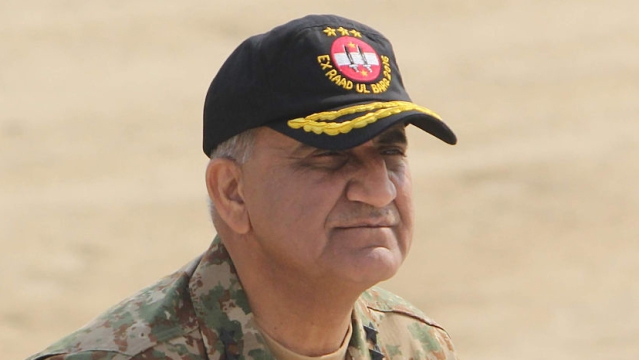 So, finally Pakistani Army chief General Raheel Sharif did decide to go home. An extension would have given him two or three years more in uniform. Outside the uniform, he can aspire for much more, perhaps even a political career. Seldom has a Pakistan Army chief worked so assiduously on his personal image and used all elements of state to project that. His achievements were plastered all over the media and the Inter-Service Public Relations pulled out the stops; it led to Gen Raheel’s posters being pasted even behind Karachi’s rickshaws, in a city he helped partially clean up of its criminal and terror mess.

His exit brings General Qamar Javed Bajwa to the hot seat, and therefore, throws up yet another challenge for Indian analysts, to predict what course the new boss will follow. Predictably, analysts on our side are already reading far more than is evident. Predictions of being Nawaz Sharif’s man, who helped him survive the attempt by Imran Khan to conduct a civilian coup, are doing the rounds. Much weightage is being given to the Kashmir record because of the current impasse along the Line of Control (LoC), and the possibility that he will follow a very proactive approach towards Kashmir.

All the above are furthest from the truth. The Pakistan Army is professional and extremely strategic in its orientation. Its prime concern is itself and its power. It is not going to give a woolly-headed Prime Minister the space to rejig himself into a dominant position to dictate to the generals. So, Gen Bajwa is nobody’s man, but his own and that of the Pakistan Army. Right from 1977, when Gen Zia ul Haq spelt out his diabolical plan for retribution against India, the core of Pakistan Army’s existence, it has always been in the dominant position that must be occupied in Pakistan’s polity, either directly or indirectly.

Gen Pervez Musharraf assumed full power and later restored civilian rule. His successors have been refining the hold of the Pakistan Army over the country's polity and governance; projecting diluted control and in actual effect assuming more power. The master of this was Gen Raheel Sharif. To assume that Gen Bajwa will roll it all back is a figment of someone’s imagination. Yet reasonable space could be accorded to him to view the situation with rationale.

A little about the new incumbent. The Pakistan media hardly delves into personal details, but we know that Gen Bajwa is a second-generation infantryman from Baluch Regiment, like three previous chiefs, Yahya, Aslam Beg and Kayani. The general is called apolitical by the Pakistan media which is also being repeated by the Indian media; the assumption is beyond reason. He is from the October 1980 batch of the Pakistan Military Academy, Kakul. The same as Gen Zubair Hayat, who has been appointed the chairman of joint chiefs of staff committee, except that he is junior in number. Gen Hayat was the Director General of the Strategic Plans Division, which oversees Pakistan’s nuclear assets from the military angle, an appointment far more important than the one held by Gen Bajwa (Inspector General Training and Evaluation, virtually the DGMT of the Pakistan Army). He later became the Chief of the General Staff as a Principal Staff Officer having the DGMO under him, and therefore has experience in the handling of operations at the strategic level. Academically, the two general officers have matching profiles; Gen Hayat being a graduate from Staff College Camberlay, UK and Gen Bajwa from Staff College Toronto, Canada. The latter later attended the Naval Post Graduate School at Monteray Bay, US. Internationally too, he has greater experience having commanded a Pakistan Army Brigade in South Kivu in Congo as part of the UN mission there.

Given his international experience, good academic record with exposure abroad and the record of service in Kashmir, Gen Bajwa was a natural choice as Chief for the Pakistan Army. The general has had three tenures in Pakistan’s 10 Corps; as Chief of Staff at the Headquarters, GOC Force Command Northern Areas, which also looks after Pakistan’s glaciated terrain opposite our deployment in Siachen and Saltoro ridge, and as GOC 10 Corps (Pakistan’s Kashmir Corps). However, the recent crop of senior officers of the Pakistan Army have all been blooded in serious battles with Islamic radical terrorists in the North West or in other internal security duties.

Gen Bajwa does not have that experience but is reputed to believe that the threat from radicals is far more serious than from India. That is in the same mold as Gen Kayani and Gen Raheel Sharif. However, no Pakistan Army senior officer is going to blatantly talk of targeting India except as reaction. Gen Raheel Sharif has been using some very aggressive language off late as his date for departure approached. Gen Bajwa could be forced to follow suit considering that the temperature at the LoC is extremely high. The Indian media’s remarks that the Pakistani Army is virtually suing for peace after the heavy crunch of response through fire assaults by the Indian Army, will not be helpful. Maturity of a general is displayed, when he does not play to the galleries. Watching former Indian Army Chief General Bikram Singh praise his earlier subordinate in the UN mission in Congo and accepting the reality that he needed to work for his nation’s interests was display of what may be called military respect and magnanimity. Rhetoric is something which has become so common place in the India-Pakistan narrative that one would like to see Gen Bajwa change the tone and tenor. If he does, he probably will give indicators of what will form the essence of his doctrine at the LoC.

Gen Raheel Sharif’s positive legacy has been the manner in which he went after the Lashkar-e-Jhangvi (LeJ) and TTP even as he embarked on cleaning up Karachi. These organisations are not down and out and would be looking to rearing their heads again. They would be assessing the commitment, understanding and energy that Gen Bajwa brings to the appointment. Any leeway and they would seek to exploit. In the light of this situation, the reported shifting of forces (two divisions worth) to the eastern front may not sound so prudent. Yet, Gen Bajwa cannot be as bold as to rescind an order of his previous chief. Those decisions will all be respected.

General Bajwa takes over an army far more experienced in hybrid operations than it was a few years ago. Gen Raheel Sharif did bring his imposing personality to the arena of irregular operations and took some robust decisions. His successor will follow suit by the sheer kinetic energy set in motion by Gen Raheel. However, Gen Bajwa comes at a time, when equations and axes are also changing.

First, the Chinese are increasingly looking at the China Pakistan Economic Corridor with a more serious intent. They would not want Gilgit-Baltistan in greater tension, neither Baluchistan. But if the current tensions with India only get worse India is going to play both cards; diluting of tension in J&K is therefore in Pakistan’s interest.

Secondly, the US appears to be ignoring Pakistan as its strategic interests shift. With President-elect Donald Trump’s likely isolationist policy, Pakistan’s significance will further dilute. It is only nations with whom economics and business will be strong, that US is likely to strengthen relations and India is one of them. Pakistan’s relationship with Afghanistan is not improving and the Taliban in Afghanistan are under no one’s control. That means continuation of Pakistan’s dwindling strategic space and India’s continuing influence.

Thirdly, the positive on the horizon is the improving relationship with the Russians and feasibility of some weapons and equipment from that source. The Russians too may not be too happy to see their weapons in use against India with whom it still has a strong strategic relationship.

Thus from every count an improvement in relationship with India is called for. It won’t happen with loss of any pride to the Pakistan Army. Gen Bajwa may after initial briefings and unbiased review realise the above. If offered tactical escape routes without loss of pride we could yet see the LoC tension drawing down. The need may be to reduce rhetoric from our side too to allow this to take place.

Usually machismo may demand false military notions of domination etc and some robust trans-LoC exchanges as the new Pakistan Army chief takes over. It would be in everyone’s interest if some time is given to Gen Bajwa to make his assessment, send messages through the hotline that Pakistan may wish to re-appraise its policy vis-a-vis the LoC and await response. I think there may be a chance that Gen Bajwa may just turn out to be different. The experience as GOC 10 Corps may have tempered him into the futility of the breaches of ceasefire. To expect anything on the sponsorship of proxy war may be a little too much; one step at a time will be a good policy.

Lastly, rumours that an Ahmadiya connection of a remote relative almost scuttled Gen Bajwa’s chances can be dismissed as mere speculation. Pakistan has had Ahmadiya generals before although Gen Bajwa is far from being one.