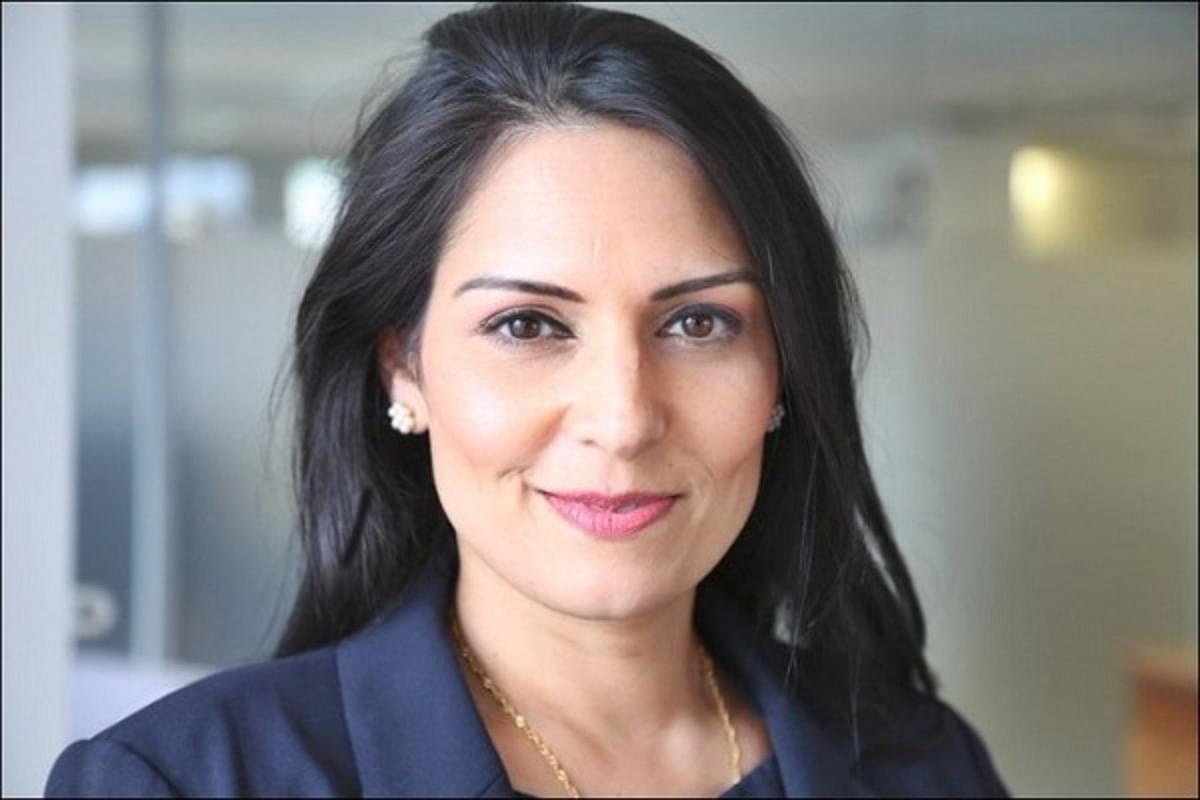 London, (PTI) UK Home Secretary Priti Patel on Wednesday became the latest senior Cabinet minister to withdraw her support for Boris Johnson as leader of the Conservative Party, after UK media reports said she is part of a contingent of ministers with an ultimatum for the embattled prime minister to step down.

The Indian-origin minister has so far said she has no plans of resigning after Rishi Sunak and Sajid Javid made their dramatic exit from the Cabinet, triggering a flurry of ministerial and government aide resignations now adding up to 38.

But ‘The Times’ was the first to report on Wednesday evening that a hardcore Boris loyalist until now, Patel had switched ranks to join a Cabinet ministerial delegation to 10 Downing Street to let him know that the time is up on his leadership. The BBC soon confirmed those reports that she along with Nadhim Zahawi, the newly appointed Chancellor to replace Sunak, were among the group of ministers threatening to resign unless Johnson accepts his time in Downing Street is up.

Patel, 50, is joined by other loyalists such as UK Transport Secretary Grant Shapps and Welsh Secretary Simon Hart. The delegation of senior politicians, which also included Policing Minister Kit Malthouse, new Education Secretary Michelle Donelan and Chief Whip Chris Heaton-Harris are believed to have told Johnson that his position as PM is now unsustainable.

It follows a day of high political drama in the heart of Westminster politics in London, with minister after minister stepping down – believed to be the highest number of UK government resignations in a day since the 1930s.

The debate is now around exactly how this drama would end, whether Johnson would finally give in and resign or continue to hold on to his “colossal mandate” from the electorate and demand a leadership election.

The influential 1922 Committee of Conservative Party backbenchers are reportedly holding urgent meetings with a view to make necessary rule changes so Johnson can be made to face a vote under the one-year timeframe currently in place after he won the last no-confidence vote in June.

Facing a grilling from the Parliament’s powerful Liaison Committee, Johnson remained bullish as he insisted “of course” when asked if he would still be prime minister tomorrow. Asked about the mass exodus unfolding within his government, Johnson replied that “the government of the country is being carried on with ever-increasing energy”.

Sir Bernard Jenkin, the Liaison Committee Chairman, had to spell things out for Johnson and also warn him not to call a snap general election that would plunge the country into further turmoil.

“I hope you will reflect that in the end we're all dispensable… and the welfare of the British people and the security of the nation are indispensable,” said Jenkin.

Johnson replied that he would consider resigning if he became an “obstruction” to protecting the country’s vital interests, but then immediately insisted that “I’m not going to step down” as he indicated that he did not expect a vote earlier than 2024 – when the next UK general election is due.

But with the ever-increasing volume of dissent within his own party ranks, the chances of a government led by him surviving until then are growing dimmer with every passing hour.