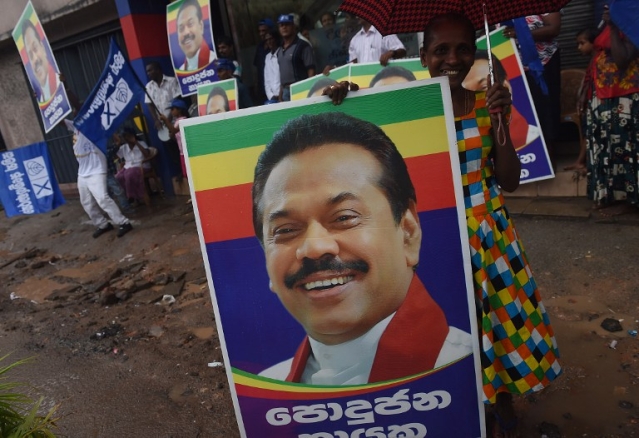 The general elections in Sri Lanka, held earlier this week, garnered more than theirs usual share of attention across the world simply because former President Mahinda Rajapaksa had decided to throw his hat in the ring hoping to become the country’s Prime Minister although, the voters had ousted him in the January 2015 presidential polls.

In the event, Rajapaksa’s dream to make a strong political comeback remained unfulfilled because all those who had voted to defeat him in January wanted to give a fair chance to President Maithripala Sirisena and Prime Minister Ranil Wickremesinghe, who had joined forces last year despite belonging to rival political parties.

In the end it boiled down to about a million votes that went against Rajapaksa who had ruled the country between 2004 and 2014. Hailed as a tough leader for decimating the Liberation Tigers of Tamil Eeelam (LTTE), and ending three decades long insurgency in the country, Rajapaksa was however undone by his perceived anti-minority bias.

In the January elections the Muslims, the Tamils and the Christians voted en masse against him. In fact, in an interview to this writer, last month, Mahinda Rajapaksa had blamed a deliberate campaign that ‘misled’ the Tamils and Muslims to vote against him.

“My government rescued the Tamil people of the North and East from the LTTE. Now their children are not being forcibly recruited by a terrorist organisation and they can lead a normal life.

“But for the past six decades or more, the Tamil people have been misled by their leaders who have been showing them the mirage of a separate State.

“At the presidential elections, the Tamil people are told to vote for a candidate who would help them come closer to that goal. I can’t compete with that. But what I can do is to give the Tamil people the same facilities and opportunities that everyone else in this country has, and there is no leader who has given the Tamil people more in that respect than I have.

“Our party used to get a certain proportion of the votes from the Muslim community, either directly or through Muslim political parties allied with us. From 2012 onwards, Western powers promoted various anti-Muslim extremist groups to disturb the peace that our government had established.

The voters in Sri Lanka have been smart. On the one hand they thwarted Rajapaksa’s political comeback but on the other made sure that fringe parties and elements like former Army Commander Field Marshal Sarath Fonseka’s party or a pro-LTTE political outfit, did not make any substantial gain. Clearly, the voters have no desire to allow extreme elements back on the centre-stage.

Rajapaksa will now have to be content with remaining an MP (he won his personal seat), while Wickremesinghe and Sirisena get down to repairing the country’s broken economy even as they try to strike a balance between India and China’s larger than life shadows on the island nation.

While India has always had close–though bitter-sweet–relations with Sri Lanka, China had made big strides in the Island nation during Rajapaksa’s regime. For instance, between 2005 and 2012, China provided $4.8 billion as assistance to Sri Lanka. Of this only 2 percent has been in the form of outright grants; the remaining 98 percent took the form of soft loans. By contrast, a third of India’s 1.6 billion dollars in assistance to the island comprises outright grants.

Between 2012 and 2014, China has committed in excess of 2.18 billion dollars, again mostly in the form of long-term loans. Most of these funds are destined for priority sectors like roads, expressways, ports, airports, power, irrigation, water supply and railways.

When Sirisena became President in January, he suspended the Chinese construction of a $1.4 billion, Colombo Port City project. Several other Chinese projects were put on hold. Although Wickremesinghe, known to be pro-India and pro-West, has promised to continue investment ties with Beijing but on Sri Lanka’s own terms, China will find the going tougher than before.

China may also have to scale back its ambitious Maritime Silk Road and linking the development of Colombo and Hambantota Ports to the Chinese-led initiative. When Chinese President Xi Jingping came to Sri Lanka in September 2014, Beijing and Colombo announced the establishment of a Joint Committee on Coastal and Marine Cooperation to explore joint ventures in ocean observation, marine and coastal zone management, maritime security, search and rescue, and navigation security. This, Indian experts had maintained, would allow China a free run to carry out surreptitious maritime surveys and snoop on southern India.

With the changed circumstances and strengthening of the Sirisena-Wickremesinghe alliance, New Delhi should be happy to further improve its relations with Sri Lanka and in the bargain, reduce the Chinese footprints in its neighbourhood.