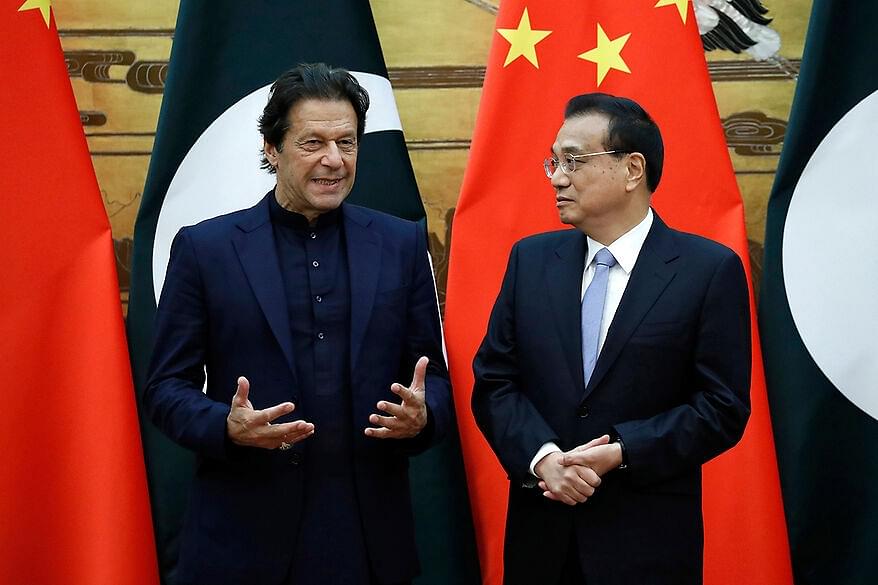 Earlier this week, a heavily guarded motorcade carrying Chinese personnel working on the East Bay Expressway project near the Gwadar Port under the China-Pakistan Economic Corridor (CPEC) was targeted by a suicide bomber belonging to the Balochistan Liberation Army.

While the Chinese personnel targeted in the bombing appear to have got away with minor injuries, the attack seems to have caused significant damage to the China-Pakistan relationship.

On Friday (20 August), in a strongly-worded statement, Beijing said the security situation in the country was "severe" and said it is "demanding" Pakistan "take practical and effective measures" to thwart such attacks.

Pointing to "several terrorist attacks in succession" in Pakistan, it warned Chinese citizens to be "vigilant" and "reduce unnecessary outings".

"Recently, the security situation in Pakistan has been severe. There have been several terrorist attacks in succession, resulting in the casualties of several Chinese citizens," the statement added.

The statement will make uncomfortable reading in Rawalpindi, and serve as a reminder of its failure to suppress the resistance in Balochistan as it celebrates the Taliban takeover of Afghanistan.

The harsh tone of the statement reinforces the difference visible between China and Pakistan in the immediate aftermath of the attack last month near Dasu Dam that killed at least 13, including nine Chinese.

The blast took place on 14 July in a bus carrying dozens of Chinese nationals and Pakistani security personnel working at the Dasu hydropower plant site in the remote upper Kohistan region of Pakistan in the western province of Khyber-Paktunkhwa.

The Dasu hydropower plant is part of the China-Pakistan Economic Corridor or CPEC, the flagship project of Beijing's Belt and Road Initiative (BRI).

Pakistan had initially labelled the incident a "cowardly attack" but began underplaying it only a day later, saying it was a result of a "mechanical failure" in the bus.

The Chinese, however, had labelled it a "bomb blast" from the very beginning, asking Rawalpindi "to thoroughly get to the bottom of this [the attack] as soon as possible".

"China has asked the Pakistani side to thoroughly get to the bottom of this as soon as possible, arrest the perpetrators, severely punish them and earnestly protect the safety of Chinese personnel, institutions and projects in Pakistan," a Chinese Foreign Ministry spokesman said on 14 July, the day of the attack, responding to a question.

Pakistan accepted that the incident in Dasu was a terror attack days later, possibly under increasing pressure from China.

Pakistan wanted to downplay the incident to avoid alarm over the security of Chinese workers in Pakistan, which could discourage future investments and also raise questions on the viability of the projects being implemented by China in the country under CPEC.

Pakistan's fear came true — work on the project was suspended after the attack. Although work appears to have resumed since, Chinese workers have been asked to go slow amid fears of more attacks.

"Without consistent army protection at the worksites, senior executives of the Chinese firms have reportedly refused to put their staff at risk and ordered a go-slow," a report in the South China Morning Post says.

It has since been confirmed by Arif Yousafzai, deputy commissioner for Lower Kohistan district, who said: "Full-fledged activities are yet to be resumed. However, the work has not been stopped completely".

When Pakistan could no longer downplay the attack, deflecting attention away from the cause was the next best thing it could do. As expected, Pakistan's Foreign Minister Shah Mahmood Qureshi claimed las week that foreign intelligence agencies — India’s Research and Analysis Wing (R&AW) and Afghanistan’s National Dir­ectorate of Security — were behind the attack.

While Pakistan has always accused India of supporting terrorism in the country, it has repeatedly failed to provide evidence of the same. And the absurdity of the claim against Afghanistan's intelligence agency can be gauged from the fact that it came just days before the fall of Kabul to the Taliban.

Security of its workers has become an important issue for China amid backlash against Chinese-led projects in different parts of the world from local communities who have been denied the benefits of the investment even as they are forced to bear the costs.

It is no surprise that Chinese nationals have been repeatedly targeted in Balochistan and Sindh. In Balochistan, which has rich mineral and gas reserves but remains the poorest region in Pakistan, locals have accused China and the Pakistan Army of usurping their land without sharing the benefits.

Similar accusations have been made in Sindh.

Just days after the Dasu attack, two Chinese nationals were shot at in Karachi, the country's financial capital. Earlier this year, a luxury hotel in Balochistan's Quetta, where the Chinese ambassador Nong Rong was reportedly staying, was attacked by the Pakistan Taliban.

During the China-Pakistan Strategic Dialogue just days after the Dasu attack, China and Pakistan had agreed to "upgrade and improve security measures for Chinese nationals, institutions and projects in Pakistan, to prevent similar incidents from happening again."

Under pressure from China, the Pakistan Army has cracked down on resistance groups in Balochistan and Sindh. Security for Chinese workers and engineers has also been increased substantially over the last few years but these measures have failed to thwart attacks on Chinese projects and its citizens in Pakistan so far.

As China's tough statement on the Gwadar attack shows, Beijing is running out of patience.